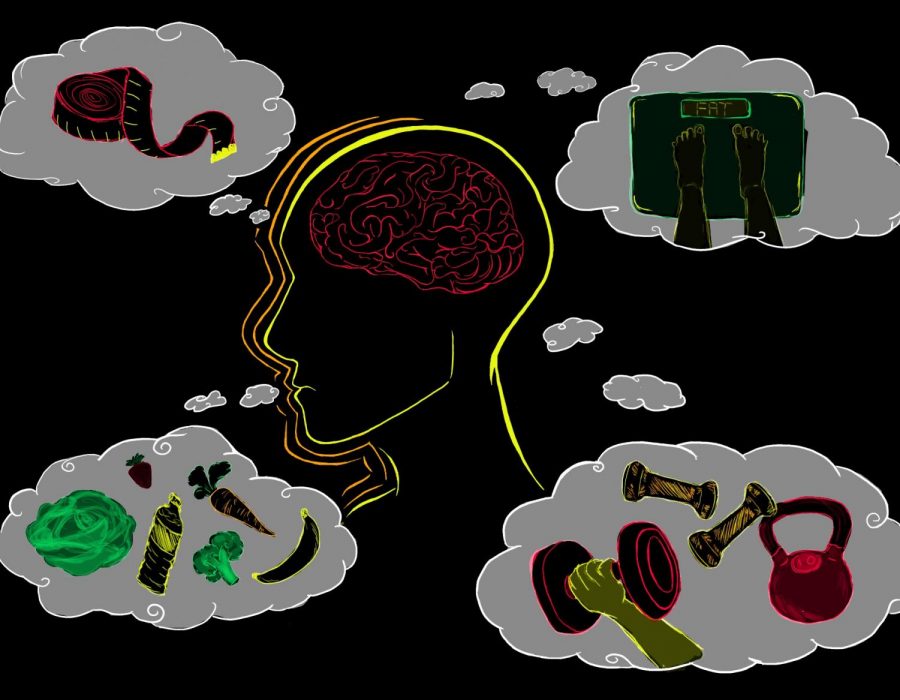 While not often talked about, eating disorders are more common than many may realize. In fact, Marin County holds an especially high number of recorded eating disorders. The rate among high schoolers suffering from eating disorders is already substantially higher than any other age group, making teenagers living in Marin County at risk. There is no definitive reason behind why this is, but there are many likely contributing factors to which are highly prominent within Marin County.

According to Marin Magazine, It is estimated that Marin has around twice the amount of eating disorder cases than the national average.

Perhaps if more conversation were to arise around the topic, unhealthy misconceptions could be removed and the circulation of misinformation would be less prevalent. After all, eating disorders lead to the highest mortality rate out of any other mental illness. It is estimated that somebody dies every 62 minutes as the result of an eating disorder.

Dr. Haleh Kashani, who has specialized in eating disorders in Marin County for over twenty years, provided some insight.

“There are certain variables that contribute to the development of eating disorders. Some of those variables are quite present within Marin County. This is a fairly educated and affluent county. There are a lot of perfectionists and part of that is wanting to do the best they can do in all areas. When people approach losing weight and being healthy in this way, this can develop into an eating disorder,” Kashani explained.

There are an assortment of factors that can lead to an eating disorder. According to eatingdisorder.org, “Behaviors such as restricting, purging, bingeing and excessive exercise often develop in response to emotional pain, conflict, low self-esteem, anxiety, depression, stress or trauma.”

While it may come as a surprise, it is highly likely that you know or have known people struggling with an eating disorder.

Kashani went on to explain that from her experience, she’s noticed an increase in the number of cases of eating disorders, indicating that rather than improving, this is an epidemic that is worsening.

One misconception is that people who struggle with eating disorders are vain, but this is false. Vanity does not cause an eating disorder; an eating disorder is an attempt to try and cope. Eating disorders do not begin with the intention of developing an unhealthy condition. Some common ways they begin are from dieting or simply losing weight from something as innocent as catching the flu.

Stigmas become dangerous because they make people feel as if their problem is inadequate or nonexistent if they don’t look a certain way. Problems associated with eating disorders manifest themselves very differently. Eating disorders are known to thrive through secrecy and existing stigmas only help contribute to people concealing the truth behind what they are dealing with.

The reality of the situation is that people of all genders, races, sizes, and ages can struggle with eating disorders. One cannot visually determine whether or not somebody has an eating disorder.

Jenniffer Marsh Russell, a psychology teacher at Novato High School, who has dealt with an eating disorder herself, gave some more understanding to the topic.

There is an eating disorder hotline that can offer support and advice. They can be contacted at 1-800-931-2237.