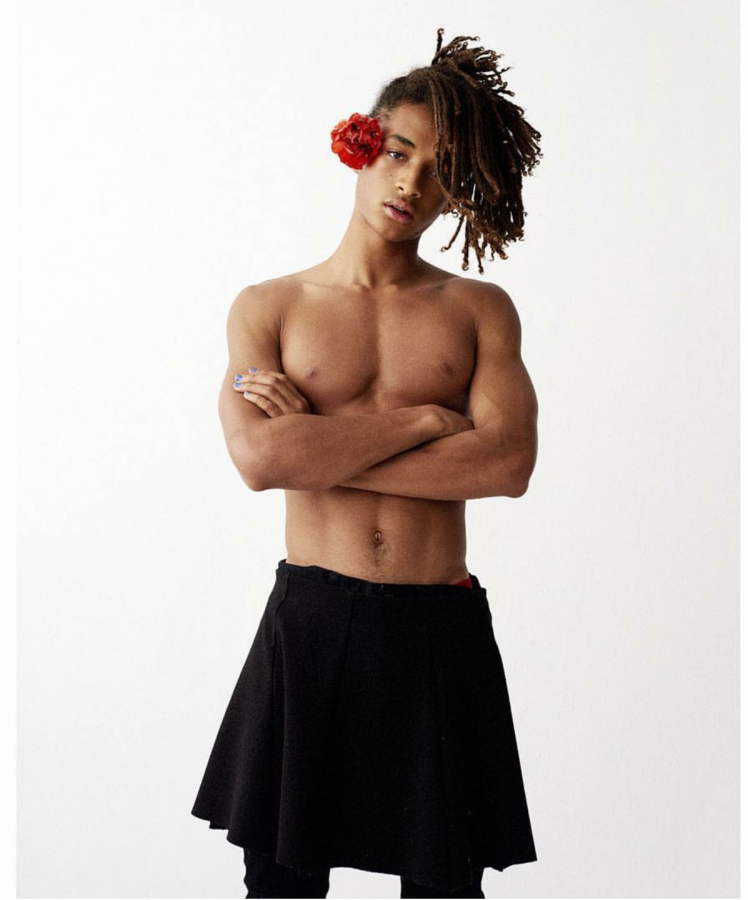 Music idols such as Prince, Michael Jackson, and David Bowie all used to incorporate “feminine” qualities into their appearances, such as tight clothes, the use of makeup, sparkles and bling. However, all of them were still considered the ultimate sex symbols during the 80’s. As old school hip-hop emerged, rappers like the Notorious B.I.G., Tupac, Wu-Tang Clan, and N.W.A. reinvented how men should dress in order to be perceived as manly. From the style of oversized puffer jackets, bandanas and backwards baseball caps, to extra baggy jeans sagging to show off boxers, these figures formed the ideal vision of an “attractive” and “masculine” man.

In this generation, self-expression is at the peak of prominence. Celebrities have shed light on gender-fluid outfits, which have broken society’s standards of how masculinity is shown. This has ultimately trickled down to how teens perceive masculinity.

Outfits can dictate the way one’s peers look at them and how others think of them. Many teens and young adults struggle daily with the perception of outside judgment over their personal fashion choices. Balancing feminine aspects in men’s clothing has finally made a comeback in pop culture, encouraging many to run away from gender norms.

“I think it’s becoming a thing in mainstream rap culture and r&b culture, and I think that is really cool, I think society has created this perfect image of what a masculine man looks like,” said Francis-Hall. “Society kind of trained me the stereotypical things; boys don’t cry, to not dress in feminine clothes, don’t paint your nails, don’t wear makeup.”

Louis Vuitton tested the waters in 2016, expressing gender fluidity through fashion; Jaden Smith was styled in a flowy patterned skirt for a woman’s campaign. Pictures from this shoot shattered the traditional norms of how masculinity was perceived in the media. Although this example wasn’t the first time in history that a man wore a skirt, it still broadcasted a larger issue that is prevalent in society.

Fabricating a new form of masculinity and combating gender norms is what Puerto Rican Reggaeton artist Bad Bunny is doing.

Aside from his music, Bad Bunny is known for his style; manicured nails, vibrant colored hair, shaved buzz cut with geometric designs, floral-printed short shorts, dangling earrings and dazzling nose rings. Having a popular, confident influence is crucial for kids to be exposed to and to look up to while growing up.

One of the most successful rappers and fashion icons, A$AP Rocky, has recently been an ambassador for nail art for men. Whether a boy chooses to paint their nails or not, it shouldn’t automatically dictate their sexuality.

During an interview with Vogue Magazine Rocky shared his point of view.

“I feel like men should be able to do nail art without feeling feminine,” he stated.

His goal with this, other than trend setting, is to encourage other men to paint their nails and to prove it is gender neutral.

Getting rid of stigmas that society has created, to keep people living in an invisible box, is the way to gear away from gender norms and “rules” in fashion. We all are allowed to leave that box, but the question is, are we going to?