The Many Layers of a Japanese-American Upbringing 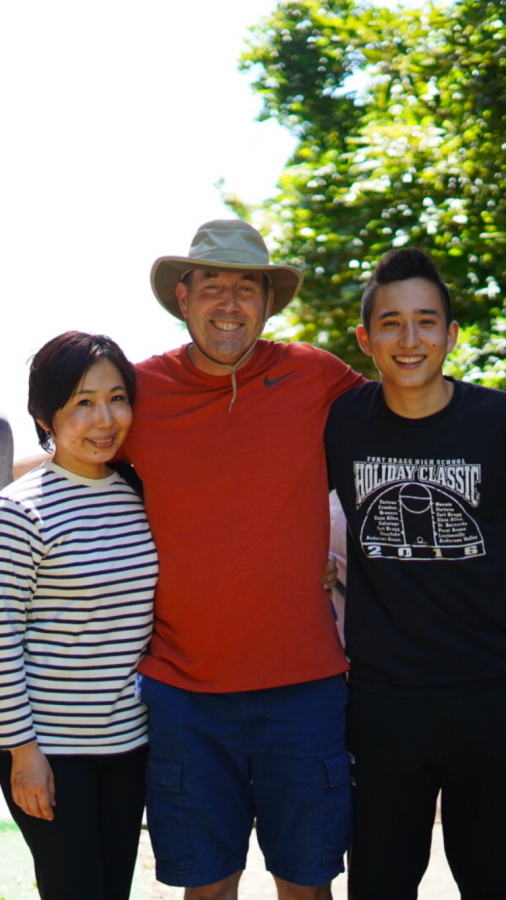 Every Hafu (half-Japanese and half other-ethnicity) has their own unique story; this is mine.

My father, who is white, and my mother, who is Japanese, met when my father’s best friend was my mother’s English teacher in Japan and introduced them. They started dating and moved to America where they got married.

Luckily for me, I was born in the Bay Area and have lived in California my whole life. This is a place where people from all kinds of places in the world can live without facing a boatload of stereotyping. There’s certainly some, but not too much.

Being half-Asian and half-white has its benefits and its downsides. I love having both Asian and white physical features. My friends always tell me that the bottom half of my face looks exactly like my father and my upper half is identical to my mother. It feels good to be different from other people.

I am also Jewish, which makes me one of the few Asian Jews in the world. Whenever I go to temple during Jewish holidays, I always look around to see if anyone else is Asian and have yet to see one of Asian or partial Asian descent. It makes me a little uncomfortable, but it is still an amazing feeling.

When I visit Japan with my family, people always stare at me and treat me like a demi-god. They think I am astounding because they can tell that I am not fully Japanese, and it leads to some mystery. Many natives want to know what I am. They think everything I do is impressive, probably because I am different from what they normally see in their day-to-day life.

Part of my unique identity is my love for basketball. Even though basketball isn’t very popular in Japan, it has always been a part of who I am. One of my goals is to play college basketball but when I watch the games, I rarely see any Japanese-Americans like me. Although this presents a noticeable challenge, my love for the sport has never diminished, despite the lack of star Asian players.

Being mixed race also has some negatives. When I was younger, people would always ask me all these questions such as “What are you?” or “Are you chinese?” or “Do you speak Asian?”

During middle school, some white people would make fun of my looks, such as my eyes, and Asian people would look down on me for not knowing how to speak Japanese. It was incredibly frustrating, as I could not satisfy everybody.

When you are a Hafu, you have to switch identities and personalities all the time depending on who you are with or what country you’re in. For example, in Japan, it is customary and polite to take off your shoes when entering a home. When I go to friends’ houses, they usually never care about taking off shoes. In America, you aren’t supposed to slurp your soup but in Japan, it’s normal. My demeanor and attitude is always changing depending on who I am with.

Because I live in America, I try to embrace my Asian heritage as much as possible. My mother does a great job of keeping me Asian-influenced by cooking me Japanese meals such as tonkatsu or ramen, and talking to me in Japanese around the house. Unfortunately I cannot speak Japanese fluently, which makes my relationship with my grandma very difficult as she is always begging me to learn Japanese. It is too hard for me to commit to learning Japanese when I have school, basketball, and live in a place where English is primarily spoken.

In the end, while I have felt like an outsider at times, due to the fact that I’m not white enough to be considered simply white or Asian enough to be considered just Asian, I am super grateful because I believe I get the best of both worlds. Even if I could, I wouldn’t change my biracial identity. I am a living representation of two cultures coming together. Hopefully, as generations pass, more Asian-Americans will comfortably emerge in the United States.