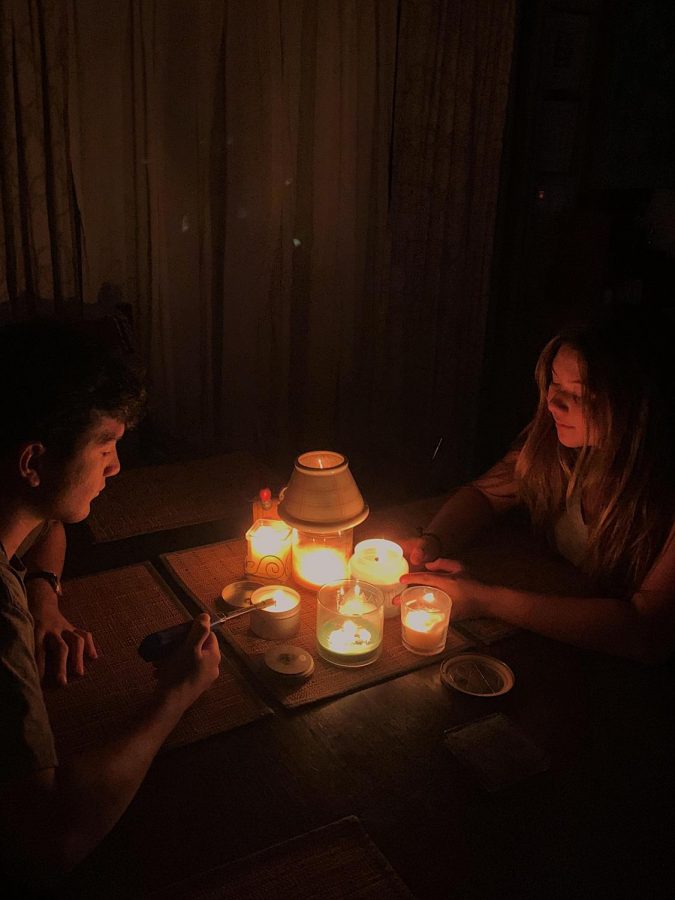 Homecoming week was shortened to one school day, as the recent wildfires and power outages led to school closures around Marin County and beyond. Due to the Kincade fire in Sonoma, PG&E shut down the power for almost 120,000 Marin County residents. Starting at 4 p.m. on October 26th, Marin began experiencing what felt like an apocalyptic event as neighborhood after neighborhood began losing power.

Hours before the power outage, gas stations and grocery stores became hostile environments. Local citizens frantically began charging devices, in preparation for days without power. Although PG&E announced it would only be for a couple of days, this power outage brought on major disarray.

“I went to a charging station once in San Rafael on one of those days and I swore I would never go back because it was so bad. It was like Armageddon, everybody was fighting over a plug,” she said.

“The first day the power went out, it felt like the world was ending. Novato was desolate. It was so surreal to drive around Novato in the pitch black at night,” said senior Audrey Uyesugi.

As a result, both students and teachers at Novato High faced a challenge with the outages decreasing school time.

“It was hard to make contact. As a result of that, especially for an AP class where every day really matters for us since we cover a lot of stuff, it’s really hard to lose an entire week of school and still know that we have to fit all the information within a specific amount of time,” Bucholz said.

Michael Taber, another teacher of Novato High, described how the outage impacted his schedule.

“The fires came at a very bad time,” Taber said. “Not only did I lose one full week, now all of a sudden I got a few presentations that are hung up.”

On the other hand, teenagers scrambled to manage not only school assignments, but college applications and tests such as the SAT and ACT.

Uyesugi recalled how she managed to work around deadlines with no power.

“My friends and I had to go to Petaluma to work on college apps and find wifi.”

Despite this, many students brushed off their academic stress and made the best of this time, from simply staying in and going on with their routines, to spending time with friends or exploring around town.

“I had sleepovers at different houses each night and went back to playing board games and socializing with one another without our phones. In times like this, it brought us all together and made it feel like we didn’t need to connect with each other through technology,” said Uyesugi.

Despite all the negative aspects, junior Alexa Guillen felt that the outage brought friends and family closer together.

“I feel like the outage helped us go out and socialize with others like we used to when we were kids,” said Guillen.

With the amount of wildfires progressively growing, it will be interesting to see if power outages become an annual occurrence in Marin, cutting more days out of our education. Fortunately, school resumed for one day during Homecoming week, which happened to be Halloween. Sadly, many schools throughout Sonoma did not have this opportunity.