Joker Misses on Many Fronts 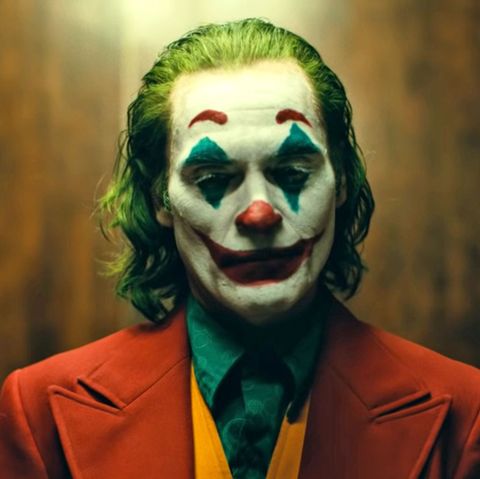 This year’s Joker, a dark and gritty take on the classic supervillain, has been surrounded by controversy, but its ultimate lack of a statement means that the hype far outweighs the power of the film itself.

In 2012, a movie theater in Aurora, Colorado suffered a deadly shooting at a showing of Batman movie The Dark Knight Rises. Much of the controversy about this 2019 Joker movie has centered around concerns of another similar act of violence. Claims that the shooter was inspired by the Joker were debunked after the shooting, and the Joker was not a character in The Dark Knight Rises, but the anxiety has not ceased

A number of individuals who lost family members in the Aurora shooting have voiced concerns that Joker might incite similar acts.

Sandy Phillips, whose daughter Jessica was killed in the shooting, says she worries that someone “who is on the edge, who is wanting to be a mass shooter, may be encouraged by this movie.”

So the question remains, will this movie’s violence cause real-life violence?

It’s unsurprising that there was some concern surrounding certain internet-based groups of white men being inspired to commit violence by Joker. The movie is heavily inspired by Martin Scorsese’s work in the 70’s, and many damaged, unhappy 20-something guys seem to identify with Taxi Driver’s Travis Bickle.

However, after actually seeing the film, it’s hard to imagine that Joker will motivate anyone to commit crimes. The movie’s violent scenes are blatant, in-your-face shock value, and the titular character is portrayed as clearly insane. The message of the film is obviously not pro-violence.

Even ignoring the controversy, it’s hard to tell what the message is. Contrary to what many believed before the movie was released, this iteration of the Joker shares very few qualities with a typical “incel” (for “involuntarily celibate”) that could be found online. Many people who enjoyed the movie claimed it made a powerful statement about mental illness, but Arthur Fleck, also known as the Joker, is barely portrayed as mentally ill–he’s simply “crazy.” Some say the message is about class and poverty, but nearly every poor character is either a sociopath or the butt of a morbid joke.

Arthur Fleck commits murder for no discernable reason other than for the movie to tell us in an insultingly obvious way that he’s insane. The audience is subjected to far too many extended scenes of Joaquin Phoenix laughing hysterically or dancing awkwardly, and none of them seem to say anything.

Phoenix’s performance is one of the movie’s few redeeming qualities. The scenes where his character interacts with others are magnetic and terrifying, for our fear that he might let the  Joker inside him show. The movie’s other interesting moments are when we see the Joker emerge in bouts of violence and insanity.

[Disclaimer: Spoilers ahead for Joker.]

Arthur Fleck is first shown committing an act of violence on a subway after he’s been fired from his job as a clown. He’s in full clown getup, and is harassed by three young men in suits (one of whom inexplicably begins singing “Send in the Clowns”). After they start punching and kicking him, he retaliates by shooting and killing two of them, and when the last one attempts to escape, he hunts him down and kills him on the steps of the subway station.

Arthur Fleck has more going for him than dressing like a clown and killing people. He looks after his aging mother, tries to jumpstart his comedy career, and starts up a romantic relationship with his neighbor, played by Zazie Beetz.

Yet all these plotlines end in murder, or at least implied murder, a pattern that quickly becomes tiring. His mother claims that Stephen Wayne, father of the boy who will eventually become Batman, is actually Arthur’s father, conceived when she worked for the family. But it’s revealed that this was a psychotic delusion. Arthur is actually adopted, and his mother allowed him to suffer abuse at the hands of her boyfriend. So, in an intense scene, he smothers her with a pillow.

Finally, in one of the last scenes, Arthur goes on the talk show that he and his mother had enjoyed together, Live with Murray Franklin, the eponymous host played by Robert DeNiro. He chooses to go in full clown makeup, despite the chaos caused by rioters dressed as clowns.

On the show, he confesses to killing the men on the train, and laughs hysterically, as Murray Franklin repeatedly states that it is not funny. The Joker tells his final joke: “what do you get when you cross a mentally ill loner with a society that abandons him and treats him like trash? You get what you [expletive] deserve!” and he proceeds to shoot Murray in the head on live television.

The real problem with Joker is the lack of gravity behind the actions of its main character. All consequences are completely contrived, leading to a plot that fails to grab the viewer’s attention.

All of the characters who “cause’ Arthur to become his supervillain persona are cartoonishly cruel; for example, the archetypical group of poor teens who steal the sign that Arthur is spinning outside a store and run with it, smashing it over his head and kicking him repeatedly when he catches up with them–all for no apparent reason. Or the coworker who gives Arthur a gun, then denies having done so when Arthur is fired for bringing it to work; that plotline resolves in a cartoonishly bloody stabbing.

Joker may be headed by a brilliant actor, but ultimately it’s derivative and lacks the real meaning behind its violence that it strives to have.