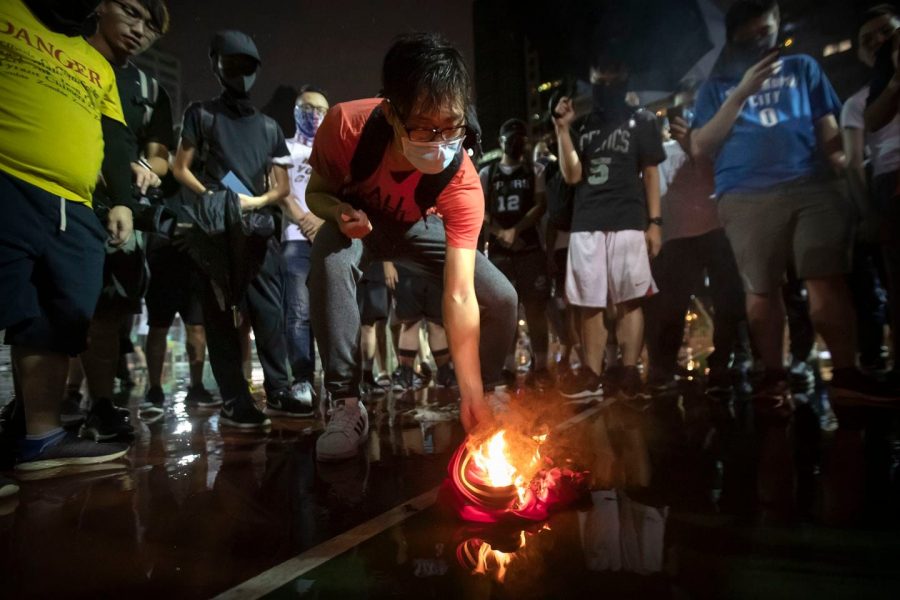 On March 31st, 2019, the city of Hong Kong began a mass protest in response to a bill that would cause people arrested in Hong Kong to be extradited to mainland China for trial and prosecution.

This protest is ongoing, and as of October 23rd, Hong Kong has formally withdrawn the extradition bill. However, the protests have brought up much more issues present in Hong Kong and the protestors are now not only protesting a singular issue, but they are fighting for their freedom, against police brutality and for the success of democracy.

Locally, this might not appear to affect the bubble we live in, however Hong Kong is fighting for rights and autonomy. As a democratic country, America should be helping this fight for freedom. The government is very scared of getting involved as China is the largest economic country behind the US, when looking at Gross Domestic Product by country. However, China is suppressing democracy as well as freedom of speech for their people.

The protests are limited to Hong Kong, but the social media outcry is very present in America. Many public figures have come out in support of Hong Kong, and some against. Many of the people and companies that have come out supporting the Chinese government, the Communist Party of China, have received massive online backlash. Those in support of Hong Kong have also received backlash, although not so much from the public but from the corporations they work for.

An online development in support of Hong Kong happened last month, when a Hearthstone (an online card game made by Blizzard) professional player, Blitzchung, donned a gas mask and said in chinese, “Liberate Hong Kong. Revolution of our age.”

Two days after the incident, Blizzard announced a 12 month ban for the player as well as the two people interviewing him. They also revoked the $3,000 prize he won at that tournament. Later that same day, three students at American University held a sign up on a live stream that read, “Free Hong Kong. Boycott Blizz.” They were later banned for 6 months.

Since then, there has been an outpouring of support for the individuals brave enough to defy a giant corporation. Blizzard has been under massive fire by their online communities since these two incidents have occurred and have done little to none to control the situation.

As an avid player of Hearthstone and other games made by Blizzard, I have boycotted playing their games for the time being because they are sucking up to our corporate overlords and choosing money over democracy. This insane decision by Blizzard to choose money over people may have damaged Blizzard as a company forever.

Blizzard president J. Allen Brack released a statement regarding the situation, saying, “Every Voice Matters, and we strongly encourage everyone in our community to share their viewpoints in the many places available to express themselves. However, the official broadcast needs to be about the tournament and to be a place where all are welcome. In support of that, we want to keep the official channels focused on the game.”

This is a very hypocritical statement as other players have come out in support of political candidates Donald Trump, Elizabeth Warren and Bernie Sanders on their official streams and received no punishment.

On November 2nd, the official convention for all Blizzard games, aptly named BlizzCon, began. Protestors swarmed the entrance to the convention, handing out shirts with the message “Free Hong Kong” and many people dressed up as Winnie the Pooh, who has become a symbol to ridicule the current leader of the CCP, Xi Jinping.

The news of protesting has reached Novato High, and junior Sophia Sher shared her opinions on the matter.

China also has massive censorship laws, restricting many websites that are available around the world. For example, instead of Facebook they have RenRen which is controlled by the Chinese government to increase the censorship that China can exert on their citizens. None of the popular social media sites used around Novato High are used in China simply because they are blocked. In Hong Kong, people are fighting for internet rights and to repeal the censorship laws from their corner of China.

“The amount of censorship that China actually has, I’ve experienced it because I lived in China. There is a lot of it going on and Chinese citizens have very limited information because everything is blocked and nothing is able to come from an outside brand, like everything is replaced by Chinese brands,” Sher commented. “Google doesn’t exist, Instagram doesn’t exist, Twitter doesn’t exist because China wants to censor their citizens.”

The protests in Hong Kong are mainly fueled by the next generation, people around the same age as us, not much older. Almost all the protestors are students and they are fighting for their future. In our California bubble, we are not affected by the protests directly, but there is still an obligation to fight for what is right, to fight for freedom and to fight for our generation’s voice.