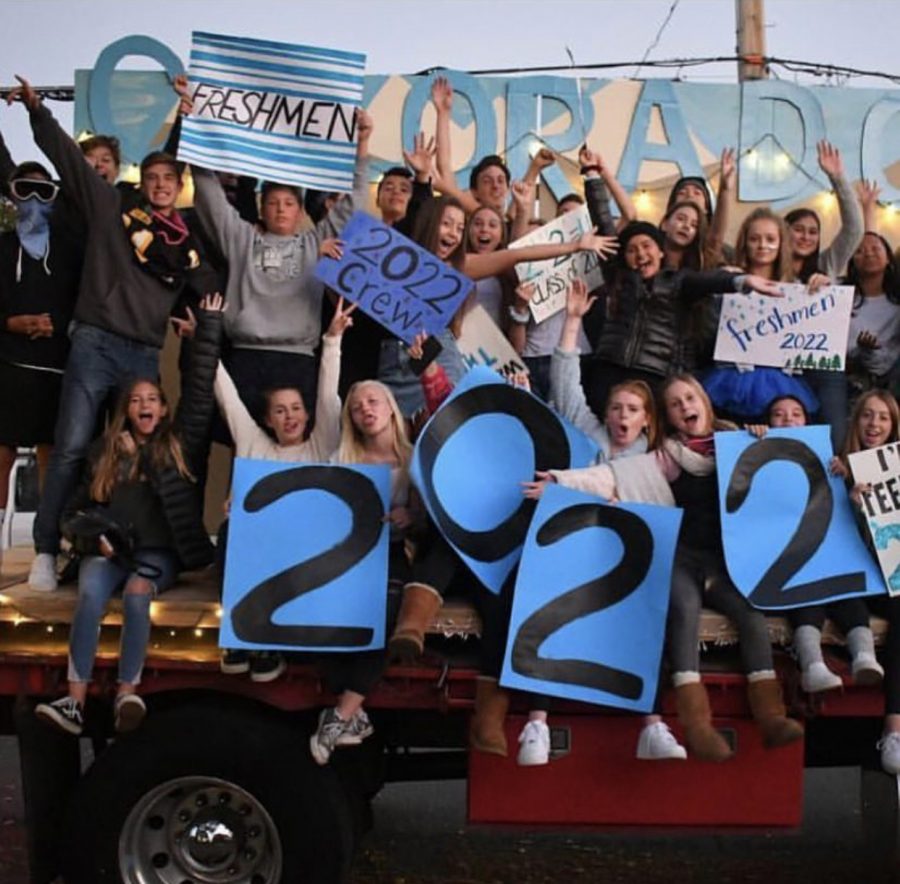 As homecoming season approaches, the stress reaches beyond what to wear and the success of the football team. Novato High students express their homecoming anxiety through many ways, including fake relationships and body insecurities. Different grades feel different pressures to meet the stereotypes and stigmas associated with this looming week of October 28th up to the dance and football game on November 2nd.

As far as the freshman class is concerned,  they’re already overcompensating to adjust to the new high school environment. Between a new school with intimidating upperclassman and all the changes that high school entails, homecoming simply adds to their full plate. Since homecoming is the class of 2023’s first real high school dance, there’s a sense of build up months in advance that appears to be unanimously overwhelming.

Freshman, JJ Martinez Robles, explained her dilemma with homecoming, confessing, “I definitely feel a lot of pressure to go with someone. I think we’re all planning far in advance because you feel kinda left out about not having a date if all your friends do.”

Other freshmen have anonymously agreed, as they explained, that it’s not just about being asked, but how you’re asked. Apparently, it’s practically expected to be asked with at least a good poster.

The pressure to go with someone seems to dissolve between freshman and sophomore year. Yet with that, other new concerning anxieties seem to arise.

“I think homecoming is most stressful because of body insecurities and how I feel in a dress,” Pellegrino said. “Especially since we’re forced to take all these pictures and it’s always kind of an unspoken competition between the girls. It’s always about who’s going to have the best dress, who’s going to look the best, and who’s going to look the skinniest. Girls purposefully won’t eat before they go because they don’t want to look bloated.”

Another sophomore, Qiana Hester, explained what it’s like being in a serious relationship and how that affects homecoming.

“I get to be a lot more excited for this homecoming since there’s no stress involved,” Hester said. “Sometimes people are consumed by cuffing season months in advance and feel the need to start coupling up. It’s really funny to watch all the relationships disappear right after homecoming.”

As juniors and seniors are already consumed by two of the most academically challenging years of their high school careers, homecoming seems to slip under the radar. However, potentially the most prominent aspect of the entire event in the seniors’ minds is the homecoming court. An age-old tradition that can be misconstrued as another competitive aspect of the night. According to the board of mental health, 90 percent of high school students deal with some type of anxiety. Therefore, it’s important to keep in mind the intention of the homecoming court is meant to be nothing more than a fun tradition. Somehow it has been adapted to a different dynamic, from movies and tv shows telling us otherwise.

With merely a few weeks to go, it’s crucial that students keep in mind the real purpose of the night. If you relate to any of the negative aspects of this event, it’s your job to restore the real meaning we should be generating as a student body.

Senior Josie Shaw captured the true essence of what she believes homecoming should be about.

“As sad as I am that this will be my last homecoming, I’m really excited for it. There’s something about getting all fancy and dressed up that everyone, including myself, really appreciates and enjoys,” Shaw articulated. “Over the years, my class has gone from very clicky to becoming like a family in a way. It’s really special to be able to see someone that you knew from kindergarten, all young and innocent, transform into a strong, independent individual. I think the pressures of homecoming are truly based on societal standards. Our main focus for the night should be purely enjoying this last one together. Regardless of the way someone is dressed, if they have a date, or who’s rocking the coolest shoes. I think that homecoming this year could be the best ever if we learn how to drop our preconceived notions of what a dance ought to look like.”