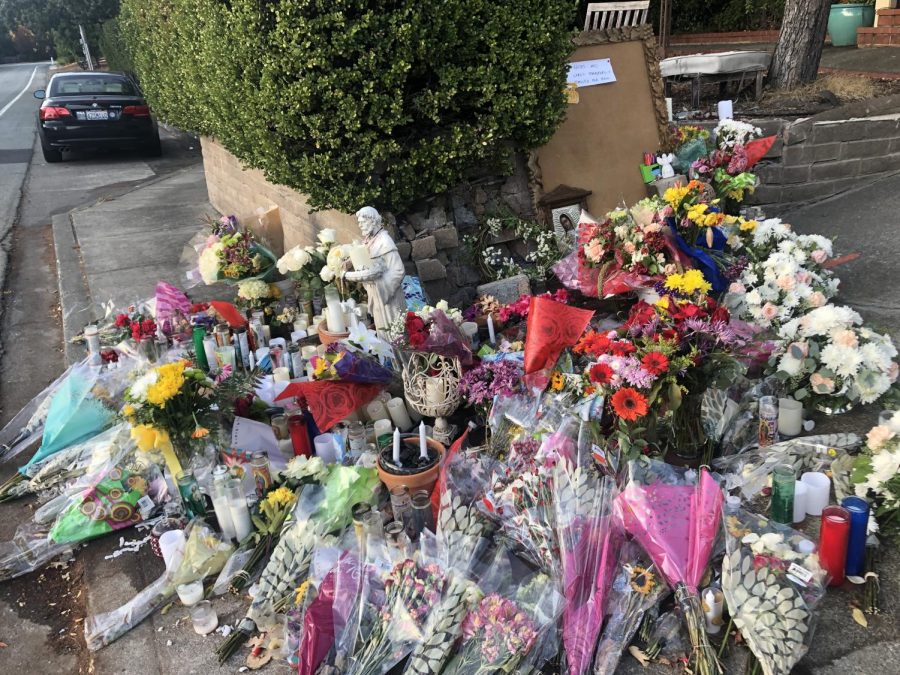 On Sunday, September 15th tragedy struck San Marin High, as three 16 year-old boys were caught in a head on collision on Simmons Lane after the driver lost control. The car was reportedly speeding and attempting to pass another vehicle. The car crashed straight into a retaining wall, injuring two of the boys, and killing one.

Local residents at the scene tried to save the young teens. After two survivors were pulled out, they were immediately rushed to the hospital to receive treatment. The driver, Mario Lupercio, was pronounced dead at the scene.

The three teens attended San Marin High as juniors, and Lupercio was on the varsity football team. Fellow teammate and friend of Lupercio, junior Liam Laval shared his favorite details about his lost friend.

“He was a kind and caring kid, with a great personality. He always made people smile when they were around him, and he is going to be greatly missed by many,” expressed Laval.

Family and friends of Lupercio are under investigation, due to the teen not being eligible for his license when the crash occurred. Lupercio only had a permit, as his 16th birthday fell on the same day as the crash.

San Marin High School Students were left shocked, horrified, and devastated as they learned about this disaster. Fellow friends, teammates, and family members of the three boys paid their respects at a memorial service on September 16th at 7:30 p.m. on the 1100 block of Simmons Lane. The memorial service had an attendance of over 100 supporters, and lasted two hours. Flowers, candles, pictures, and notes were left to pay tribute to the young man’s life.

“The memorial was very sad and packed. His family was over on the side just in tears. I was there helping out my friends who were more affected by Mario’s death. I just really believe that teenagers specifically need to be more safe on the roads than they are right now,” explained Metcalfe.

As Lupercio’s family was overwhelmed with support, a Go Fund Me account was started to help raise money for his family with a goal of $10,000. In less than 24 hours, the goal was passed raising over $15,200. Supporters continued to donate to another Go Fund Me, created to help the other two teens injured in the crash. So far, they have raised over $11,000 and have a donation goal of $30,000.

Residents throughout Novato are building a supportive bridge in order to build a connection with the loved ones affected in this time of grief. After a tragedy occurs, there are many ways those affected can deal with grief and distress.

MSA Director and Assistant Principal Michelle Cortez shared very valuable advice for teachers, students, and parents undergoing hardships. There are many different effective strategies which can heal the hearts of those affected by tragedies such as this.

“Whatever happens with this school, with our community, with our students, with our staff, with our parents, I’m gonna be there to help support and close the gap between who we want to be as a community and where we’re at,” said Cortez.

Many students affected by the crash continued to attend school, in hopes of receiving support from fellow friends and staff.

“I use that information to think about making decisions on a mid-level, which is with the teachers, to make sure that the teachers have the skill and the will to serve kids well,” explained Cortez.

Students spend up to 7 hours a day with teachers at school. Carving that pathway for students to be comfortable sharing their feelings and receiving emotional support can build our community as a whole. Cortez described how mental health is taking that time and space alone to help others in need of support.

“Mental health is on a daily basis,” said Cortez. “How do we know ourselves and how do we love ourselves and forgive ourselves for the gaps, and do we have go to strategies that make us feel better?”

After a painful loss of someone beloved, residents of the Novato community have continued to express condolences and take care of those affected.

Another beautiful soul lost too young.