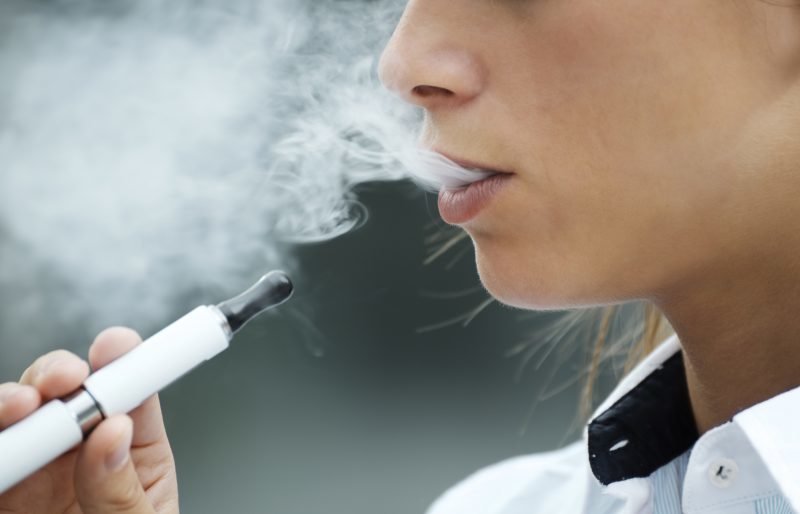 Last month, the Trump Administration announced their plans to ban flavored e-cigarettes in an attempt to reduce underage consumption of tobacco products. The companies that have targeted youths have purposefully used appealing flavors in marketing campaigns. The result has been a rapid increase in usage among teens, and the deaths of at least 8 children. President Donald Trump has made it one of his goals to end the underage tobacco problem.

So why does Trump want to ban flavored e-cigarettes? Well, the 2018 Monitoring the Future survey showed that within the last 12 months, the amount of teens who have admitted to vaping has reached an all-time high, almost doubling from 11 percent to nearly 21 percent. JUUL brand e-cigarettes are especially harmful as they contain almost twice the amount of nicotine found in cigarettes. Flavored products are even worse, as the flavored liquid inserts make initial exposures more enjoyable and more appealing to teenagers who might otherwise be turned away by an unpleasant feeling of smoke inhalation.

Popular brands like JUUL, have been pushing flavored products since their inception in 2015 and have been under heavy scrutiny for marketing to youth. Over the past couple years, vaping has become increasingly mainstream, prompting organizations who wish to put an end to big tobacco’s scheming. They have mostly consisted merely of advocacy groups, until recently, when the President’s administration decided to put their foot in the door.

Although JUUL has claimed in the past that their products are intended to help the ‘middle-aged’ and recovering smokers, the Trump Administration’s main concern is their flavored e-cigarettes that introduce kids to tobacco use almost as if they were a gateway drug to other substances.

“I personally believe that it’s a good and bad thing,” said Gomez. “In a way, you got on the one hand, it’s like kids are gonna stop vaping less unless they don’t care about the flavors and stuff. But on the other hand, there are people who have smoked for years and wanted to quit, and e-cigarettes were a way for them to combat that. So it seems more like a double-edged sword, there’s something good that happens with it but also something bad.”

Upon being asked if big name e-cigarette brands were purposefully marketing towards children, Gomez had some direct thoughts.

“It’s not just like that, it’s cigarettes ever since their inception, kids have always been interested in them, especially since the 50’s. Like you’d have kids already in middle school smoking. And it’s basically like cigarette companies know that kids are doing this stuff and instead of doing something about it they’re just going to keep doing it,” Gomez said. “Since they have flavors like bubblegum and cotton candy, they’re really geared more towards kids. Like you don’t see adults going out of their way to get bubblegum or sweet sweet candy e-cigarettes.”

Kids often like to copy the actions of the mature figures in their life, such as parents and older siblings. But this copycat behavior is not limited simply to harmless acts. Even as early as middle school, trends like smoking Smarties, the act of crushing Smarties tablet candies into a fine powder and ‘smoking’ the dust for a puff of smoke, is not unlike that of a cigarette, proving that there is some kind of subconscious obsession with smoking. Whether this is a means of simulating adults or to seem ‘grown up’ is unknown.

A Novato High teacher, who wished to remain anonymous, believes the government should focus on bigger priorities.

“First and foremost, I really believe people have to make their own choices in life, you know. The problem I have with it is when the federal government gets involved with something, and they lay a blanket ban on something, it shows priorities,” they said. “The reason I have trouble with them getting involved with that is I believe something like guns are a much greater problem.”

Although vaping is a major issue among the United State’s youth, which should not be undermined, the Trump Administration is proving once again that they will do absolutely anything to make people forget about their undeniable total lack of interest in addressing other important issues in our country like gun control, LGBTQ rights, and animal endangerment.

As of September 25th, The Trump Administration’s proposed ban has been accepted without pushback by JUUL, with its CEO, Kevin Burns, stepping down as hundreds of cases of vaping-related lung diseases begin to be examined by state and federal regulators. JUUL has already started to voluntarily make changes in accordance to the ban by ceasing all of their electronic cigarette advertisements.