Better Ways to Deal With Grief at Novato High 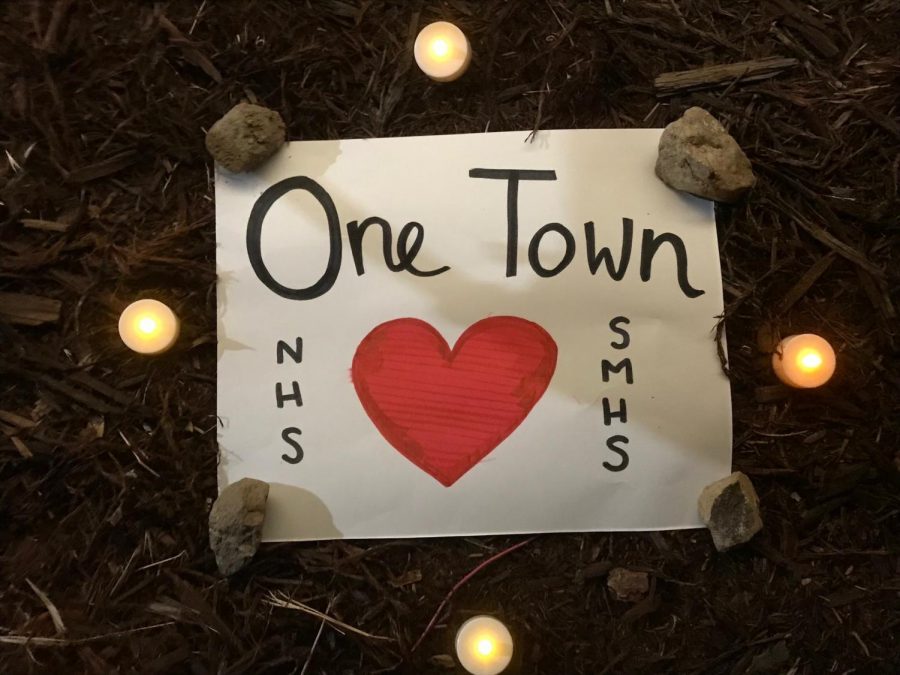 Since 2016, deaths of Novato High School students have seemingly been an annual occurrence. With the recent tragic deaths, one would think that the school administration would be well-equipped to deal with the aftermath of such situations.

Last February, Novato High students received the news of Warren Ruehle’s death during their fifth period classes. Students were welcomed to go to the library if they were affected. They were told that grief counselors would be available that day, but there were no counselors, just students comforting one another and food provided by the school.

The school announced that they would have counseling available in the library for the following week. That week happened to be Wellness Week, where events were to be held in the library at lunch, and a staff luncheon was to take place in the library on Wednesday. The school proceeded with these events, a decision that did not prioritize Warren’s loved ones who needed a place to grieve. By the end of the week, grief counseling was available to one student at a time, either in the MSA office or the counseling office, and students had to check both.

NHS Assistant Principal Michelle Cortez gave the perspective of an administrator in this situation.

“Our intent was always to make sure that someone was available in that space, but as less kids are using it, then we start to kind of roll back to our normal safeguards of support,” said Cortez.

Warren was not a very popular kid. He didn’t have an overwhelming amount of close friends at the school, and those he did have were not likely to seek help from the provided counselors. That being said, specifically stating that there will be multiple grief counselors in a dedicated space, and then taking away that support throughout the week was not acceptable. Everyone has different ways of grieving, and some people need to feel prioritized and heard.

Senior Ausad Carey, one of Warren’s friends, described what his grieving process was like at school.

“I kind of just went through the motions the week after, I didn’t really use any of the resources at the school,” said Carey.

Personally, those grief counselors were instrumental in allowing me to function on campus. In the beginning of the week, having a safe haven on campus where I could experience and understand my feelings free of judgement was so helpful. Having that taken away, despite the fact that it was promised to me, was such a disappointment. I would walk around the halls alone, crying, looking for someone to listen to me and comfort me. By Friday, I would be greeted by psychologists in cold, uncomfortable rooms all the way across campus from where I thought I could find them.

Regardless of which individuals used them, the school needed to have these grief counselors readily available. It was disappointing to see that my parents, the local community, and the press were being told of all the support that the school was giving students, when it wasn’t actually as great of a support system as it could have been.

I mentioned this to Cortez and the school psychologist Arezu Iranipour a couple of weeks after Warren’s death. I was told that having a Wellness Campus with resources would help prevent something like this from happening again, and that this wouldn’t be a problem next time.

The fact is that student deaths happen more than anyone likes to admit, and not enough is done to help affected students recover. The school district knows that these incidents occur, but more attention needs to be paid to how often they occur. After three student deaths at Novato High just in the past four years, there is no excuse for being as ill-prepared as the school appeared to be.

On September 15th of this year, a San Marin junior, Mario Lupercio, was killed in a car accident. Novato High School had counselors in the library for a single day. This was probably just enough to seem supportive, but much more is needed.

“Sadness doesn’t go away in just one day,” Carey pointed out. “If we had more resources towards it, I think it would be a very helpful thing.”

It’s important that we learn from tragedies like this, because they happen when least expected, and the school needs to be prepared. Carey believes that if another student were to pass away, Novato High would need to engage in “immediate outreach when everything happens, and constant outreach… because they checked on me once and asked if everything was okay. I told them I was fine and they never checked on me again, so probably re-checking up on those who were affected by it.”

Following through with the action plan set by the school district, and taking more time after the initial impact to check in with impacted students is essential for creating a helpful environment after a tragedy.

In order to become a true Wellness Campus and a trauma-supportive school, we need to recognize that grief is one of the biggest obstacles students can face, and it needs to be consistently addressed. It’s essential to let students know that their feelings after a death are completely valid, and there should be no rush to get students back to the normal flow of things. Loss is a fundamental part of the human experience, and we need to ensure that people who are impacted by it at such a young age don’t feel ashamed about it in any way. Students experiencing trauma should be encouraged to ask for emotional support, rather than expected to find it on their own.

As a grieving teenager myself, it can be hard enough to acknowledge that help is needed, which is why it is so important that the school makes support more readily available and accessible, especially in times of need.