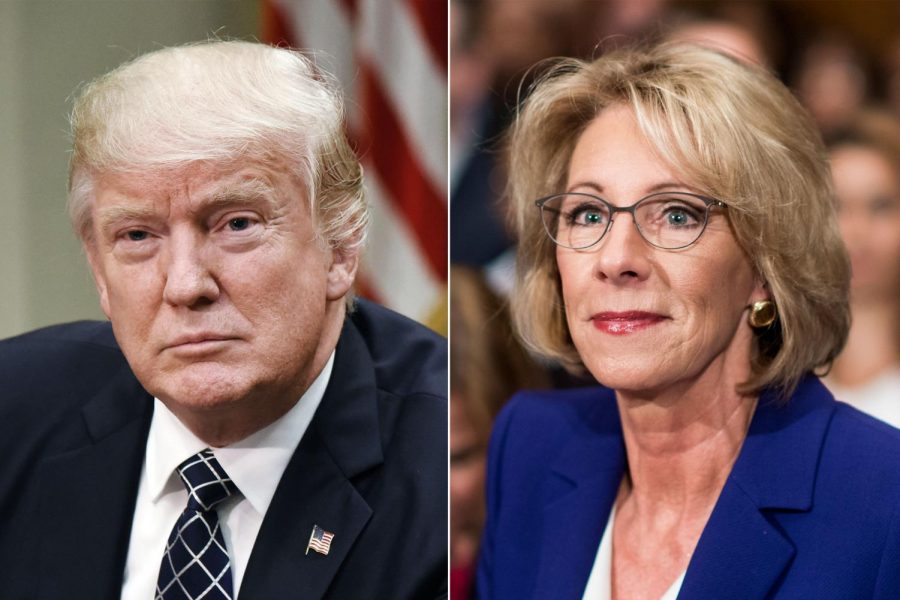 The 2020 Presidential Race has many people thinking about how the world of education will be affected. Many candidates have been clear about their intent to subsidize everything from pre-K to college, and others outside of the race also have many different ideas about government funding for schools.

Bernie Sanders has a somewhat controversial plan to erase all student debt by implementing a tax on Wall Street financial transactions. Evidence seems to show, however, that such plans do not raise as much money as early projections tend to suggest. Other candidates have their own plans to alleviate financial strain caused by education costs.

For instance, senator Kamala Harris, along with some other candidates, would like to make college debt-free, and co-sponsors the Debt-Free College Act, which supports the alleviation of student costs, like room and board through subsidization.

But what is the platform of the one Republican candidate and current President? Donald Trump along with Secretary of Education Betsy DeVos, have a clear plan to increase privatization of the American school system. DeVos explained this by saying it’s in support of “choice,” but many are critical of the idea that government should fund private, charter, and religious schools.

DeVos is also pushing increased funding for voucher programs. In Mississippi, a bill that provided special education students with private school vouchers was halted this year. The bill was controversial, and it seems that DeVos may attempt to instate similar bills across the country.

Voucher programs have been criticized because many believe they will increase the education gap between classes of people. Teachers and students alike have strong opinions on the topic of school and voucher funding and subsidization.

Novato High School teacher Evan Underwood-Jett said that “60 percent of teachers leave the profession after 5 years, because it doesn’t have that monetary pay.”

The US Department of Education says the statistic is that 50 percent of new teachers quit the job. Underwood-Jett went on to say that charter schools “unequivocally hurt public schools, they take funding away, they take away good students. You can have models of schools that give students choices, like Novato High, with the MSA program, and not take away this building block of our community.”

Many private school students have thoughts on this topic as well, including San Domenico freshman Chloe Flynn. When asked what she had heard about how public schools are funded, she said that she had friends at Davidson who felt that they were not getting a well-funded education, and added that she “could see that these kids were really getting the short end of the stick.”

Flynn is also the daughter of former high school teacher, Jaye Flynn, who had also observed problems in the education system.

“[I]n a traditional public school curriculum, it’s really hard to give everyone adequate instruction,” Flynn noted. She is now the Head of School of a private Montessori school, but she added, “I am not a fan of government funding for private and charter schools.”

It’s clear that this is an issue that many people are passionate about, and at the heart of it, there seems to be a deep-rooted disagreement about what is best for the country’s students, or maybe whether the other side really has the students best interests in mind.