The Cultural Divide at Novato High 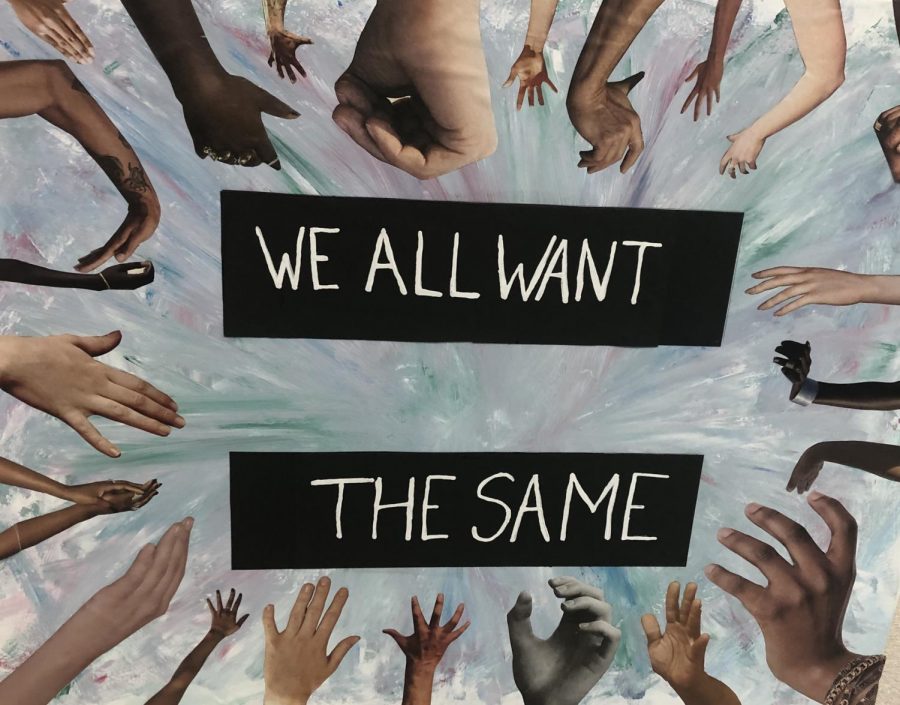 Novato High School, nestled in one of the most diverse regions in Marin County, hosts over 1,300 students with a wide array of backgrounds. In theory, Novato High creates an all-inclusive environment, but a closer look depicts a student population that is often divided by lingual and cultural differences. To demonstrate some of these nuances at Novato High, a diverse sum of students were interviewed about their perspectives relating to social division at the school.

Jessica Santana, a senior at Novato High and first generation Mexican-American, believes a race and culture divide is very prevalent both on and off campus.

¨I think there is definitely a cultural divide at Novato High because we tend to gravitate towards people that we look like, ̈ said Santana.  ̈ There is a large population of Latinos, but we don’t always feel included.¨

With roughly 40 percent of the student population at Novato High being Latino, Santana’s feeling of exclusion partly includes school-sponsored activities, in which she feels are mainly directed towards the white student population.

“At dances, most of the music played is in English, which is totally okay, but that is not the only kind of music the school listens to,” said Santana. “Now, my friends and I rarely go to dances, sports games, and other school events, which is why it is mostly white kids there.”

Similar feelings have led many of the Latino population to do the same, which causes a continuous chain reaction.

“It is very divided at lunch and the majority of our school events,” said Sanchez. “We don’t really put much effort into trying to fix it, even though we know it is a problem. The school has been doing a better job to be inclusive by making flyers and surveys in Spanish.”

̈ Through three years at Novato High School, I have had friends from many cultures; white, Latino, Asian, and even Middle-Eastern” said Carter.

However, Carter does not believe the friend groups remain diverse outside of school.

“For some reason, when I leave school, it’s rare that I hang out with those same kids,̈ said Carter. ¨I think it is all rooted in the differences of what we like to do outside of school versus what they like to do. I like to drive around, and go to cool places like the (Marin) Headlands or San Francisco.¨

An oddity as such, where many students mingle with a diverse group at school, but do not outside of school, poses questions relative to cultural differences regarding extracurriculars and off-campus activities.

Though many factors may play into these distinctions of off-campus activities, such as socioeconomic level and cultural values, which may lead certain students to engage in activities that suit them.

Santana noted the importance of family in hispanic culture, and how it influences what she does outside of school.

“Latino culture is centered around family,” said Santana. “Family doesn’t just mean your dad, mom, and siblings, it also includes friends and neighbors. That is why we do not do all the same activities as white kids, because we are always with our family doing something at home. Most of the time that’s all we need.”

Being family-oriented is an integral part of Latino culture, but it can also be seen in other groups.

Griffin Cipriani, a Novato High Senior, shared his take on the importance of family within his predominantly white community.

“Family obviously comes first in life, however friends are also high up in terms of prioritization,” said Cipriani. “To be honest, I probably spend just as much time with my friends as my family, whether it going somewhere dope, biking, or playing video games.”

These differences, as well as many other components, are responsible for the culture divide at Novato High. Like Santana explained, people gravitate towards those who have similar lives, backgrounds, and ethnicities.

Novato High senior Ale Lopez would like to see  all cultures come together.

“This is my senior year, and I still don’t understand why we have to be so divided,” said Lopez. “If we all do a better job of being accepting and keeping an open mind, there is no way we can’t all get along.”