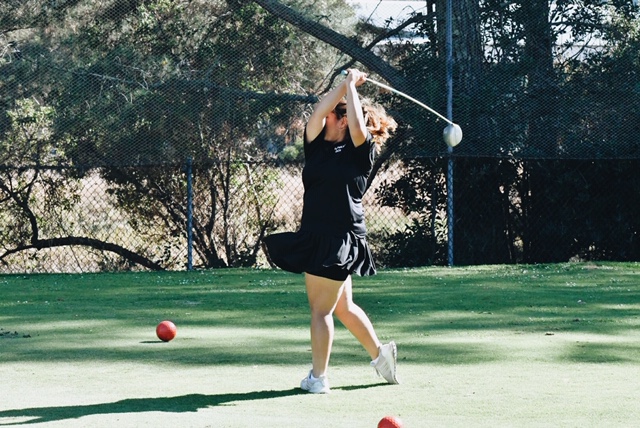 Processed with VSCO with a6 preset

Girl’s sports are a large part of the Novato High culture and have given young girls an outlet to relieve stress, improve social lives and home lives, and to improve personal athletic goals. As the school year goes on, and as a new freshman class gets used to Novato, understanding the social aspects of the Hornets girls’ teams is important in order to continue growing the female programs.

Lacrosse has been the biggest success at Novato High sports for girls; ranking number 8 in the nation by Lacrosse Magazine in 2018, and finishing first in MCAL’s four times in a row. Although this is a big draw for incoming lacrosse players, understanding the competitive spirit of the team is something to keep in mind if you want to join.

Grace Kibbe, a junior on the varsity lacrosse described the mood last year.

“Everyone was obsessed with winning because they’ve won a lot, and last year they didn’t win so people were angry and would take it out on each other,” said Kibbe.

Track and field and cross country are incredible for strengthening endurance, but junior Naomi Baraban explained why there is a difference between her track and field season and her other sports seasons.

She loves all of her sports though, saying, “track and field, basketball, soccer, they’re all really good; they help my home life and stress from college.”

Additionally, swim is one of the favorites among the students of Novato High. Sophomore Annete Zavala explained the environment as upbeat and highly intense.

“I’ve met most of my friends in swim, it’s just such a good environment, everyone gets so close,” said Zavala.

She went on to talk about how team morale is always high and, in swim, she always feels supported.

There were a lot of varying opinions on Dance, which can be classified as both an art and a sport. Maya Pelligreno, a sophomore, explained that dance is a difficult place to be when she’s feeling insecure because there are mirrors all around her. However, studies by a non-profit called Ruling Our Experiences (ROX) released a survey, showing that girls between 5th and 12th who played sports grade had a more positive body image than those who did not play sports.

Right now, it’s fall, which means volleyball season. The coach of the junior varsity team and school counselor, Marie McMahon has had somewhat of a difficult time transforming individual players into a team.

“It was a lot harder than I thought it would be. You throw a bunch of girls together that just aren’t a team yet and all from different friend groups and obviously it’s difficult. For them, and for me,” McMahon stated.

She has a positive outlook though, explaining that as the season goes on, she sees a really bright future for the team.

Many girls are very happy on the golf team; Josie Shaw, a senior varsity golfer, talked about how a recent death in her teammates family highlighted the friendships made among the team.

“We went and picked up some birthday cake because we were thinking about how Grace couldn’t be at the golf game. We bought a bunch of flowers and put a pink bow on it,” said Shaw.

She went on to describe how her team has become a family and a close-knit group of people who rely on each other.

“We just wanted to be there for her,” she continued.

Clearly, your happiness in the sport that you choose to play in high school can vary based on what environment best suits you.