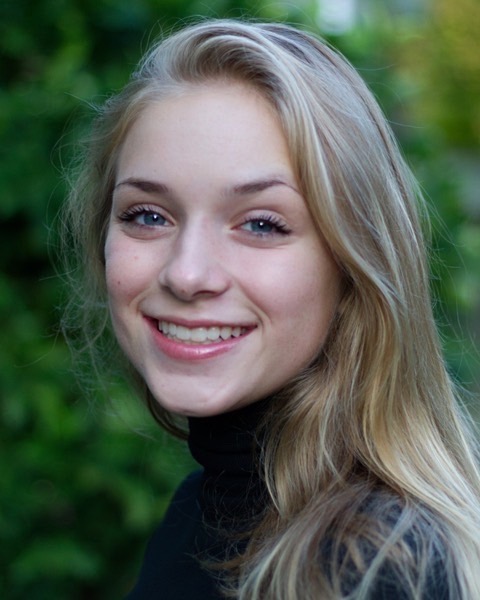 TikTok seems to be creeping into every crevice of social media. No matter what platform you happen to be browsing through, there’s always a handful of clips from TikTok surfacing on your feed. With TikTok rising as one of the top social media apps for entertainment videos, it’s a big achievement to become famous on that app. Novato High junior Aidan Zahn has accomplished just that.

With 97,000 followers on Instagram and 627,000 followers on TikTok that continues to grow rapidly, Zahn’s fame is just getting bigger. Zahn has even created some dancing trends. Despite this, Zahn was surprised that she made it to this level of recognition.

“It was about 2015 and I had seen some of my friends do the app. I heard you could create short videos and I have always loved making movies so I was like this might be a good opportunity to do that,” Zahn stated. “I was pretty surprised I was gaining followers the way I was because you see all these people gaining a lot of followers and you’re like ‘wow, I’m never gonna be like that.’”

Zahn started her career simply for the fun of it, creating videos for her own benefits and likings. However, now with fame connected to her name, Zahn has to follow trends and demands of her audience.

Zahn is not only loved and supported widely through TikTok, but her fans are greatly devoted to her. They even created a fanbase for her called the “Butterflies” where they make posts and edits of Zahn on a daily basis. Additionally, Zahn made a handful of friends on TikTok who are famous as well and considers them to be close despite the distance. Zahn’s experience on TikTok has been a positive dream one might say, but peers at school are still adjusting to her new lifestyle. Putting yourself out in the spotlight creates possibilities of all sorts of reactions, especially ones that bring out negative aspects.

“The TikTok community is pretty accepting of everything. I feel so comfortable posting because I know that most of the time it’s not going to be people online that are teasing or making fun,” Zahn said. “At school, I think some people do respect it because they are involved with it themselves. Some people don’t know what the app is, so they don’t really respect it as much. From 8th to 10th grade was the most negative reaction just because that was the time everyone had stopped using the app. I’m kind of used to it at this point. It’s just different perspectives.”

Some students have noticed the negative results connected to Zahn’s fame over the years, even if they don’t have the app.

Senior Riley Colyer stated “I don’t really look at her page but I know people at school give her [expletive] for doing it.”

Although family and friends have been supportive since the start and Zahn gets mostly positive reactions on social media, there were moments when she thought of quitting it all.

“Even when you’re big, it’s very stressful,” she said. “You have to constantly think of what does the audience want but at the same time, what will not get me made fun of. But, I always really enjoyed TikTok so I’m not gonna quit just because of other people.”

With this journey of fame that gets more adventurous by the minute, Zahn has remained true to herself. Her goal right now is to use the audience she has to transition to more acting because she likes making short films and movies, and hopes to possibly be discovered.

Fame can get into people’s heads and change their style and perspectives, but Zahn assured that fame has unfazed her and she stands by doing what she loves.