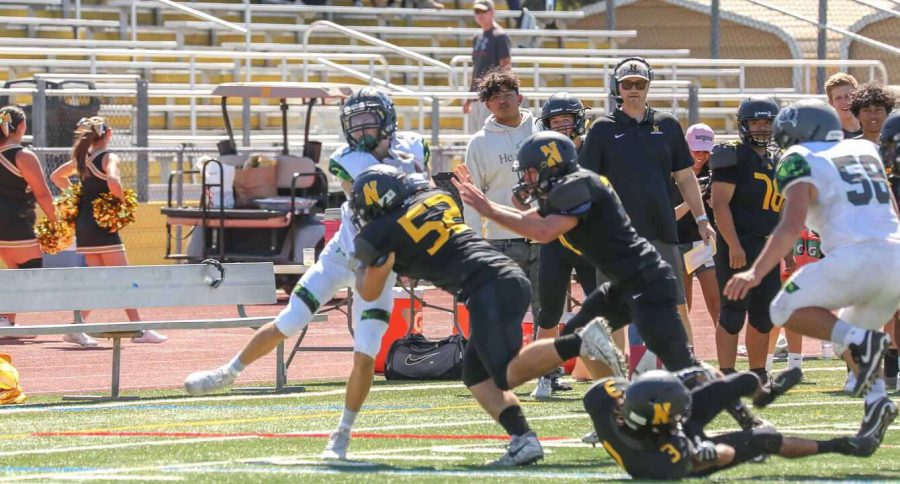 The Novato High School football team is off to a hot start, winning four of their first five games of the season. The Hornets winning record includes one win against Drake High School, marking the first MCAL win since the current seniors were freshman.

“It feels great to actually be winning this year,” said Gibson. “Everyone on the team is committed to put the hard work, whether its’s in school or on the field.”

The Hornet’s four wins has already passed the win total combined in the last three years.

“It helps having a whole staff, not just coaching staff but the principal, athletic director, and everyone else that actually cares about football,” said Gelardi. “Players are more committed and want to win just as bad as everyone else.”