A Farewell to High School Sports 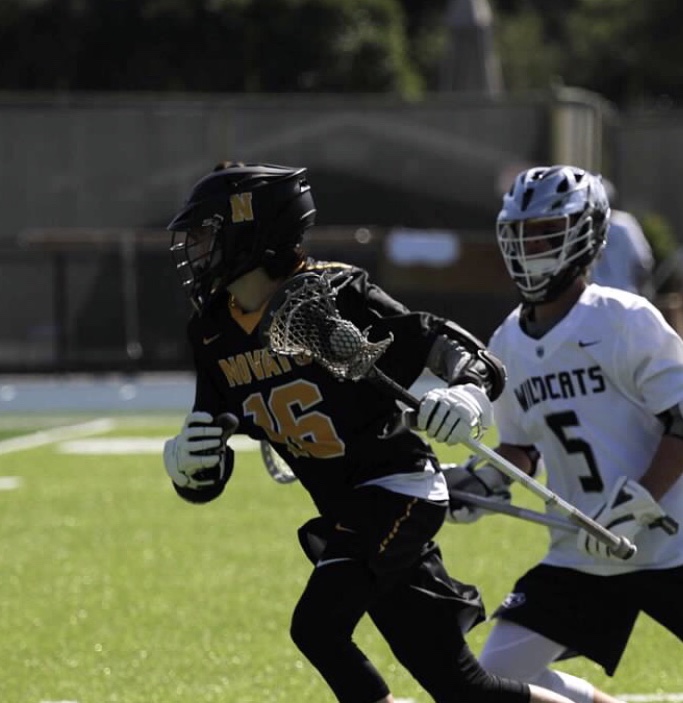 I dribbled up the court, crossed over from right to left, left the defender on his heels, and drained a 30-footer. Game. Except, it means nothing. I’m playing 2K, with my roommate.

For millions of high school kids like me, the end of senior year marks the end of their competitive sporting careers. High school is likely the biggest stage and highest level student athletes will ever play on. Intramurals in college or pick up games at the gym just don’t replicate the same intense environment.

Sometimes, I stop by the YMCA to play in their adult basketball pickup games, and there are far too many middle-aged men talking smack, thinking they’re the best player on the court. The competitive aspect is clearly missing in their daily lives, so they feel the need to start something on the court to make things interesting for themselves.

In high school, it’s a whole different story. Being a part of a team means working together toward a common goal, which for me in basketball, was a playoff spot. For others, that could mean an NCS or MCAL title or simply winning a rivalry game. The countless amount of hours spent practicing are grueling but never regretted, because, in the end, you get the memories and pure joy of playing the sport you love.

There’s nothing like the energy of the crowd during a high school sports game. A combination of the parents and students coming together with school pride gives you loads of confidence on the court, field, track, or pool. It’s difficult to know that these experiences are temporary and pass by quickly throughout a high school career.

“It’s kind of crazy to think about and hasn’t really set it for me yet, but I am satisfied with how my high school career has been,” said Graf. “All good things come to an end.”

“It’s sad, but I’m grateful that I got the opportunity to play with all my teammates,” said senior Quin Somers, who is also a varsity basketball and lacrosse player. “And I know that I’ll still have a love for the game even if I don’t play in the future.”

“It’s really sad not being able to play those sports with my friends anymore or play competitively,” said Heath. “I continue to play golf every week and occasionally play basketball at the gym, but it will never be the same.”

Realizing that my sport is turning into a hobby is difficult to swallow. My competitive nature is still there, but now it’s being utilized in different ways. Now, we take it out on doing cornerback drills with a mini football in my friend’s backyard, or placing bets when we go bowling.

Dropping the team aspect of the sport I’ve played my entire life is one of the most difficult things I’ve had to do. The bittersweet feeling that playing in my last basketball game gave me is something I’ll never forget. When I walked down the court, with my parents by my side, I realized it was coming to a close. After a rough second half of the season, I wanted to not overthink this game, and just play the sport I loved to play.

The countless amount of days spent practicing all culminated in this memorable senior night, where I scored my season-high. Whether it was putting up shots early in the morning before school, going to open gyms, or just a team practice, I’m going to miss the days basketball gave me.