Then and Now: A Nostalgic Journey Through NHS Yearbooks 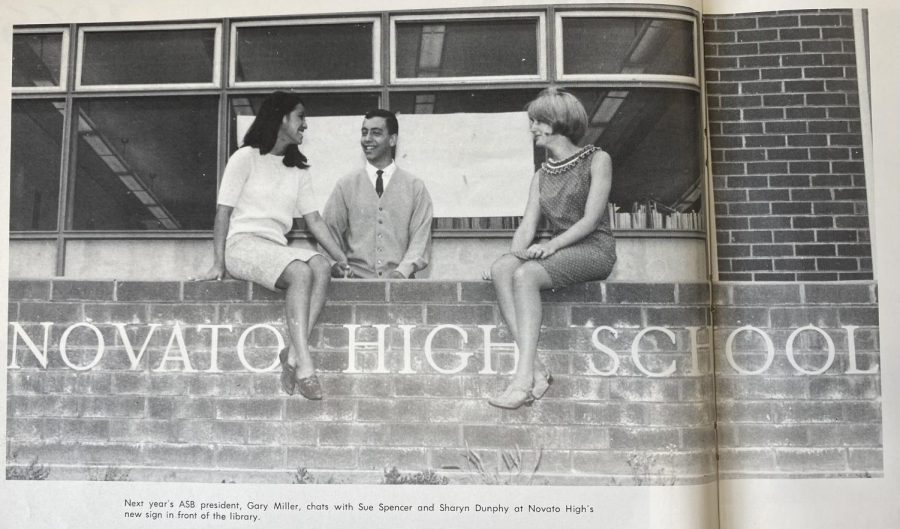 Behind the tables at the far side of the library lies the almost complete history of Novato High in the form of a series of yearbooks, spanning from 1960 all the way to 2021.  By taking a look back at NHS throughout the years, we are able to learn more about where we came from and the complete evolution of Novato High School from the small suburban school it once was to what it has become today.

Novato High of the 1960’s was extremely unlike the Novato High of today.  The early pages of the 1960’s yearbook include a complete overview of the campus which had been built just 5 years prior.  Sixty-two years ago, the students of Novato High still used the exact same drop off and pick up loop we use today, as they are seen filing out of the school bus in swing skirts, dress pants and button down shirts, a stark contrast to the fashion of NHS today.  Simply by walking through the halls of Novato High, you can discern the old pavement from the new; which buildings, walkways, and classrooms have changed, and which have become nearly static in history. 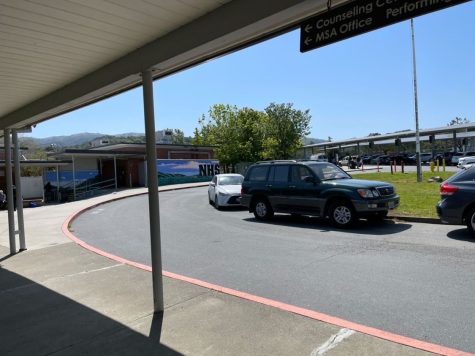 The arts and extracurricular scene of Novato High was extensive, as the foundations of MSA were created through the original film, theater, fine arts, band and vocal music disciplines.  Alongside Novato High’s early focus on the arts, there was a much larger focus on club involvement and extracurriculars, especially sports. Many clubs do not exist today, such as Camera Club, I.R.A which focused on improving school relations, and Girls League which promoted fellowship amongst all young women on campus.

At the time, our principal was Mr. Robert McKeay who attended college at both San Jose State and Stanford.  We also had one Assistant Principal by the name of Robert Melton who received his education at San Jose State, Arizona State, Columbia University, and UC Berkeley.  The 1960s yearbook also recognizes the two front office secretaries of the time, Mrs. Snodgrass and Mrs. Froelich, although the description of both women includes the occupation of their husband’s, which is a stark contrast to how we attribute the women who make up part of our school community today.

The year 1960 also proved to be a vivid year for NHS sports in almost all areas, as a large portion of the entire yearbook is dedicated to different sports teams and features on a few members of the football team.  The basketball teams’ feature page is captioned “low scores high spirit”, alongside the scores of the season which recount our 16 of 17 losses on the season with one win against Tomales High School. In the year 1960, sports seemed to almost completely override the arts, though as years passed- this began to change dramatically. 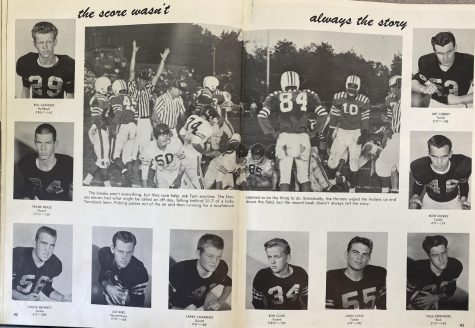 As years went by, Novato High began to develop a very distinctive culture of its own including odd school traditions, such as an annual Donkey Basketball game. This game is exactly what it sounds like, people laying across the backs of donkeys in the gym playing a game of basketball. Some other school traditions which carried on throughout the 70s included the ROTC Ball, which was hosted at the then Hamilton Air Force Base, and the Junior Prom which was hosted in “the girls gym” in 1970. 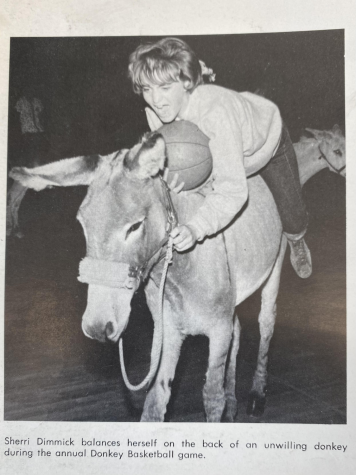 The technology of the time was also captured by Novato High’s journalism group, then called The Buzz.  Mark Moore, sports editor, and Vivian Morse, assistant editor for The Buzz, can be seen using a typewriter to create copies of the next paper.  Hank Hicks and Eric Jungemann worked together using the headline machine in order to put finishing touches on the next issue. The technological shift seen over the next few decades is well documented throughout the yearbooks of the 80s and 90s as typewriters turned into bulky desktop computers, which soon gave way to flip phones, the very first Xbox, and the introduction of “a handheld computer with a built-in cell phone” from the company Handspring in 2002. 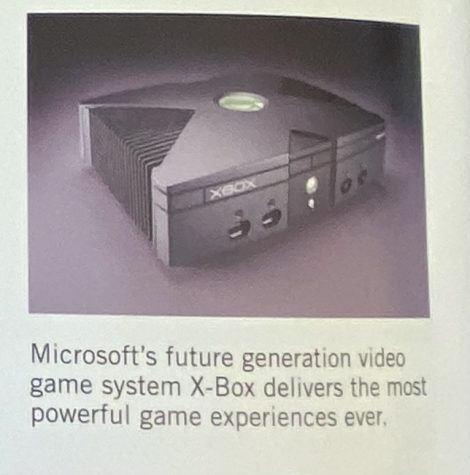 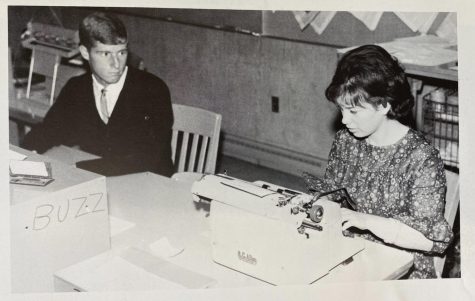 In the 80s and 90s, the Novato High community seemed to change drastically as everything from school culture to arts and sports became vibrant and lively.  The 80s for Novato High was characterized by big hair, boxing and everything sports including the continuation of Donkey Basketball.  In the year 1982, Novato High celebrated its 18th annual “Novato Fight Nite” with 9 rounds of boxing as two boxers “couldn’t wait to get into the ring” and were barred from participating in the event.  The excerpt highlights the heavyweight fight of the night stating, “Ted Childers and Bob Glover [who] slugged it out in a three round draw, bringing the crowd to its feet on many occasions.” 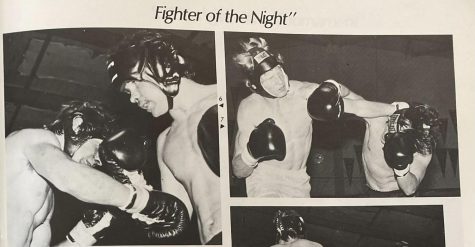 The 80s yearbook also began to include a section on the biggest events of that year, such as the wedding of Prince Charles and Princess Diana, which ironically reads, “Happiness radiated from the royal couple, and their marriage entranced kin, countrymen and the world.  The glorious pageantry, expectable from the English, was leavened by the humanness of Charles and his princess.”

As Novato High continued to evolve throughout the 90s, they began to introduce more mental health-centric discussions within the yearbook, such as student opinions on self esteem, stress, and the importance of freedom within self expression.  There is also a section on the First Amendment which includes the age-old discussion surrounding dress code at school.  Then sophomore, and class of 1997, Jenn Russ, weighed in on the discussion saying, “We should be able to wear whatever we want to. A lot of problems happen at school, your clothes aren’t one of the major priorities in school.  What happened to our freedom? People died so we could have it. Now the school wants to take it away. People don’t need to trip!”

By openly discussing topics such as self esteem, stress and touchy topics like the dress code, Novato High began to make a more active effort to include mental health resources on campus- which continue to evolve and change today.  Since the late 90s, Novato High has created spaces such as The East Annex, and has continued to emphasize mental health importance through Restorative Practice and Wellness Coordinator Amber Yang’s wellness videos.

Junior Christina Pham shared her take on Novato High’s continued efforts toward improving mental health over the past few years.

“In light of everything that’s happened in the past three years, I’ve noticed that students and staff are trying to make a lot of accommodations to mental health. . . Some people have gripes with these accommodations, but even if they’re not the most effective, yet it shows the effort that’s being demonstrated by everybody to accommodate students the way we deserve to be accommodated,” she said.

By the year 2005, NHS students began to really embrace the idea of Hornet Pride by wearing Novato High letterman jackets, school merchandise with a group of guys even painting their bodies black and yellow, including their faces to spell out “NOVATO”, something that would likely not fly today.  This yearbook also dedicates a section to the then, brand new, Marin School of The Arts and its several disciplines which still exist today, such as Digital Arts, Creative Writing, Vocal Music (then called choir), and Theater (then called drama class).  There is even a section on the gas prices of the time standing at a staggering $2.33 with the caption “These roaring prices empty our pockets, while they keep us running.” 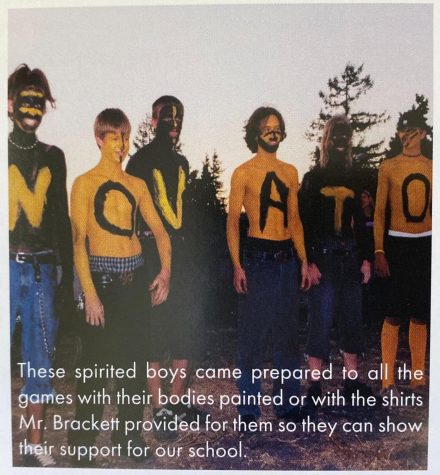 By this time, NHS students began to branch out into several different fashion trends, such as low-rise jeans, plenty of graphic T’s, low top Converse and even liberty spikes worn by Hannah Jackson, who is pictured in “Senior Standouts Class of 2005”.  There is even a section on Kmart’s growing popularity as they became the nation’s third largest retailer that year, yet have become completely obsolete with only 27 Kmarts left nationwide today. 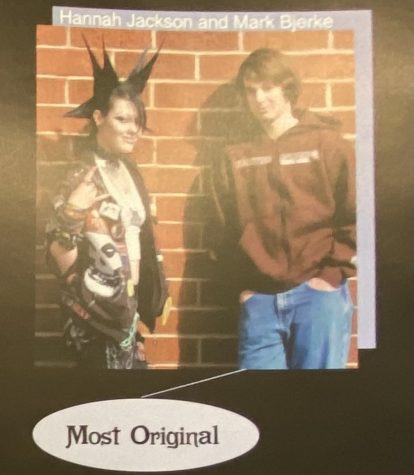 Outside of the student body, teaching has undergone an evolution of its own.  Between constant technological advancements and a shift in academic standards, English teacher, Susan Lehman, described her perception of this change.

“I don’t know that holistically teaching itself has changed, but some methods of instruction have,” she said. “Today, there’s more time in class for student collaboration and processing of ideas and material. It took me some time to get comfortable with it and trust its inherent value. That’s been good growth.”

This leads us into the Novato High of today, which is almost completely unrecognizable from the school it once was 62 years ago.  Since then, we have grown exponentially, become far more diverse, art-focused, and we have continued to adapt to the constantly-changing circumstances which each year brings, most notably the Covid-19 Pandemic.  As our world continues to change in every way, from the current fashion trends to new campus buildings, Novato High continues to be a very close-knit community, much like the small suburban school it once was back in the year 1960.