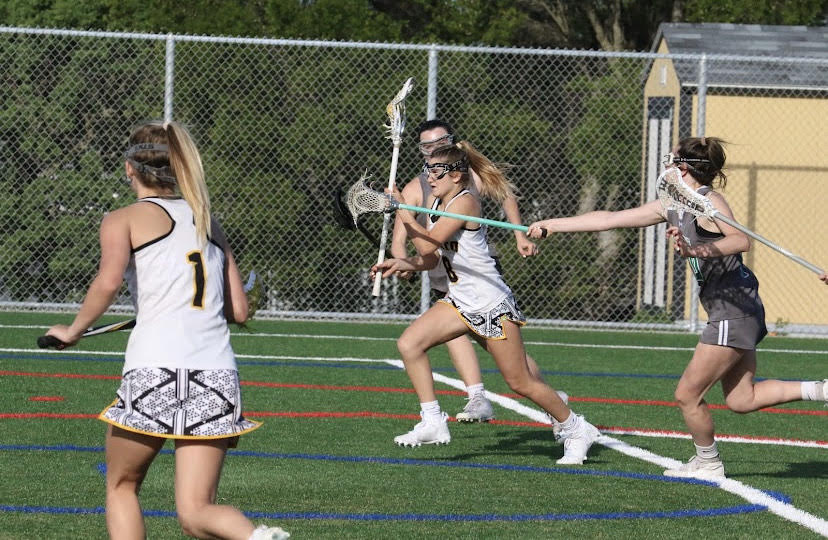 For too long, Novato High has lost many outstanding athletes to neighboring schools, such as cross-town rival San Marin and private school Marin Catholic. There is no denying that athletic programs can make or break that decision for students. A school with winning teams and a quality sports culture can also provide fun for non-athletes while increasing morale among the teams and entire student body.

Factors such as religion, pursuing a path in science (at San Marin) or a path in the arts (at Novato High) can all be determining factors. However, for Novato High, losing athletes every year to other schools is showing a significant impact on athletics and school spirit as well.

Elle Carrow, a junior at NHS, shared her experience when it came to choosing Novato.

“I have always wanted to go to Novato, my older brother went here and played sports and was successful and ended up playing Division 1 football. I think that Novato’s reputation in the athletic community is very poorly looked at and I think it’s hard for athletes to feel and compete at their best when they feel as if the community around them doesn’t support or want the best for them,” she said.

In regards to lacrosse, Ava Lawrence, a freshman at NHS, shared her thoughts about cultivating a program where everyone values their sport and is equally dedicated.

When it comes to creating and sustaining a successful athletic culture at our school, most of the people attending and cheering at games end up being athletes, even those coming from practice. We need to create a culture within NHS athletics that makes it both fun and competitive for athletes and non-athletes.

“I myself don’t know exactly how to change the attitude around athletics at Novato but thanks to our amazing AD Michele Smith and coaches like Denise McIntyre, we are trying to change the negativity around sports here. I will do anything to support our athletes as I am one myself and I think we are heading in the right direction,” said Carrow.

To most people, Novato High is known as an “arts school”, putting so much emphasis on the talented artists and performers that MSA generates. However, it’s nearly impossible to create a community within NHS that puts the same value, time and dedication that MSA receives to all athletics programs. It’s hard for NHS athletes to compete with schools like San Marin and MC, who put so much more value into their athletics.

“I think Novato has a weird reputation with athletics. We know that Novato used to excel at some sports in the past (football for a long time, girl’s lax more recently) and while some of those are good for generating interest in the sport, it’s sometimes lethal to programs, in that there’s an expectation that we should be ‘good’ at any particular sport (see football) and it becomes extremely burdensome. All sports tend to go through cycles, and Novato has been in a downward moving cycle on the whole since I arrived here in 2015. I think many students think privately that Novato is now an arts school, rather than an athletics school, and that has some bearing on how we approach sports here,” Kambur explained.

Some Hornet athletes have started to feel undervalued, not just within their own sport but by their peers and the school. In recent years, some athletes have started to question their performance and whether or not their role on the team matters. Now more than ever, NHS needs to bring our focus back to the student athletes. There needs to be a push for the same attention that MSA receives, something Novato High student athletes deserve.