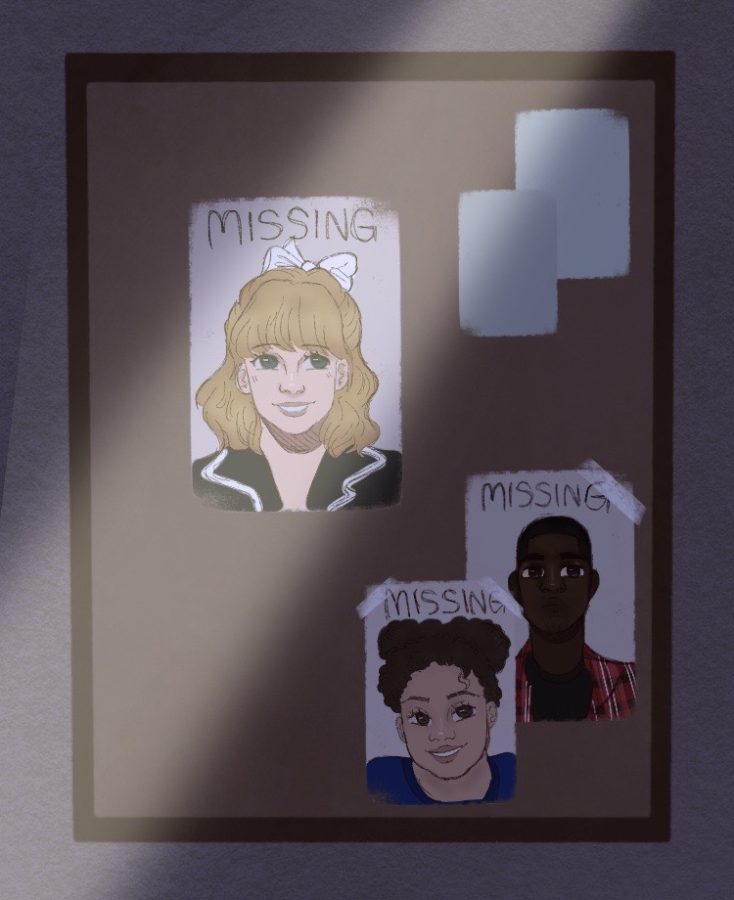 Gabby Petito’s death happened over six months ago, but the impact of her case still remains through a deeper examination of Missing White Woman Syndrome. This occurred after the media was criticized for the attention and importance placed on Petito’s case, compared to other missing people’s cases involving people of color.

Petito’s case was not the only situation where preferential treatment was given to a white victim. In the 1990’s, the case of child model JonBenét Ramsey received national attention, and in the early 2000’s, Natalee Holloway’s case also saw the same magnified coverage. These three women – Gabby Petito, JonBenét Ramsey, and Natalee Holloway – all have one feature in common. They all were missing white women that met society’s standards of being blue-eyed, blond-haired women, thus placing them at a higher value in the justice system. This is known as Missing White Woman Syndrome, something that has been and continues to be a significant issue in society. It gravely impacts victims of color and their families by reducing the amount of coverage they receive, causing many of their cases to remain unsolved.

The question remains of how to fix this issue.

Beauty standards in the United States have consistently been set to demonstrate white women as examples for anything related to the public eye and characterize them as “beautiful.” According to Nell Irvin Painter, an artist and historian, “It was important for [those racial theorists] to be superior in all areas.”

“I think sometimes there will be two women with the same issue and in the criminal justice system, sentencing is different for black women than for white women. The representation in the media is skewed towards what people see as normal, so women of color are viewed up against the white standard instead of their own,” she said.

The reasoning for this disparity has likely been fear. People are scared of change, and are often threatened by the fact that people of color are different from them in terms of physical appearance and culture. As a result, a dislike apparently grew toward them, creating hostility toward people of color. To make white women superior in terms of beauty, they became the media standard, creating a lack of representation for women of color. Thus, the public has become more used to white women and favors them in various ways, including making them the face of many fields, such as advertisements, media, and modeling. This created underrepresentation for women of color.

“I, like many others, feel that there is still a bias towards white women. Take makeup, for example. I’ve noticed when shopping for it that many brands do not have a variety of shades for darker skin colors, compared to the amount of lighter ones. It may seem like a little concern, but there are so many further examples demonstrating this. However, I do think things are slowly changing, but it is still a problem,” she said.

A recent example of Missing White Woman Syndrome occurred in Wyoming, the very state where Gabby Petito’s missing body was found. According to NBC, in Wyoming, over 710 missing person cases of just Indigenous People over the last few decades remain unsolved. Petito’s body was promptly found and identified within a matter of days, despite the vast expanse of the state. At the same time, Indigenous People’s families often go decades without answers, further hurting the victims’ families.

One of the reasons is due to the lack of media coverage, but that is not the only reason.

Some people already have biases towards people of color, and the media feeds on that prejudice and reinforces it through negative portrayals. Therefore, the public’s attitude becomes more ignorant of Indigenous People’s struggles. This leads to less media coverage for their cases.

Evidently, despite every missing person case having disparities, there is a preference toward white women compared to women of color. Therefore, supporting projects that focus on people of color and other minorities, along with looking at media that focuses on spreading awareness about all people, will help draw attention to them, finally bringing their families peace.