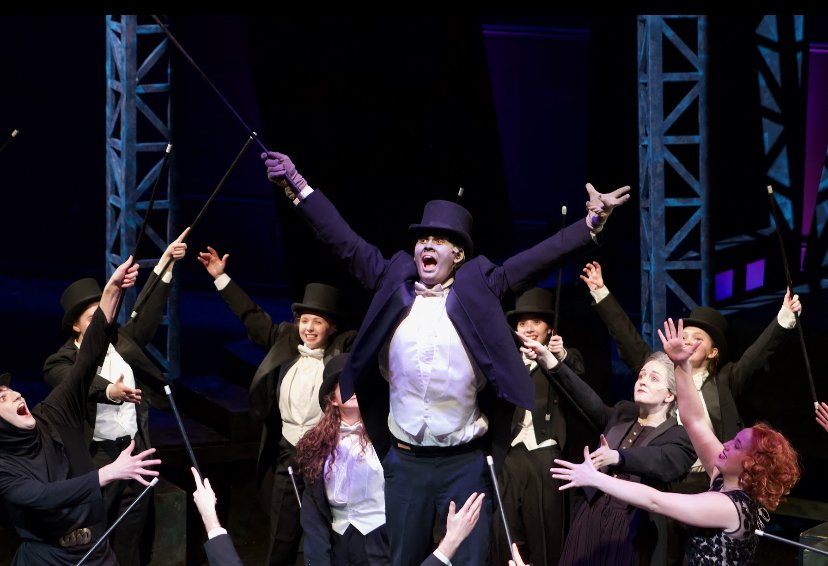 The MSA theater students have been preparing for their production of Young Frankenstein since September of 2021. Although the show amazingly came to fruition this March, it had some obstacles along the way.

Some may remember that Young Frankenstein was supposed to open in January of 2022. However, like many times before, the COVID-19 pandemic forced a postponement. While the wait seemed tough at first, the actors found this to be a blessing in disguise.

Gabby Winnett, a junior in MSA Theater (who plays Inga), explained why she feels that having more time to work on the show only helped the production.

“Usually we do the fall musical in November, and in November this year, we hadn’t even learned all of the songs yet,” Winnett said. “It would’ve been a sloppier performance altogether. I’m glad that we’ve gotten extra time to refine things, but I think we could’ve done a good job in January.”

Gabby was proven to be correct. The show itself was fantastic. It was amazing to see how much work had been put in. The set designs and costumes were bright and colorful, and the dance numbers and singing were phenomenal. Some even had me tearing up a little, delivering plenty of emotion.

The performance I saw ended up being a little different from those before, as one of the cast members, Clark Schutz, had been injured the day before. His understudy, Niel Canedo, stepped in for him impressively with short notice. It was so beautiful to see how everyone in the cast supported him.

It was astonishing to see how effortlessly hilarious these students could be. Although the content of the show was mature, that didn’t keep it from going over the top. It was absolutely hilarious, with the audience laughing at least 85% of the show.

Felix Rae Whitehouse, a junior in MSA Theater (who plays Frankenstein’s Monster), described his favorite numbers from the show.

“I might be biased, because I like ‘Puttin on the Ritz’ a lot,” said Whitehouse. “I think it’s really impressive. The ensemble are so good at tapping.”

I agree with Felix wholeheartedly. “Puttin’ on the Ritz” was the highlight of the show. Not only did it bring a loveable light to Frankenstein’s Monster, it showcased how truly talented these students are.

Ana Ferrara, a freshman in the theater program, talked about why she loved being a part of the cast.

“It’s been time consuming, and there were some unexpected setbacks, but because we’re all a community, we’ve all helped each other get through it,” she said.