Foreign-Exchange Students Grateful to be at Novato High 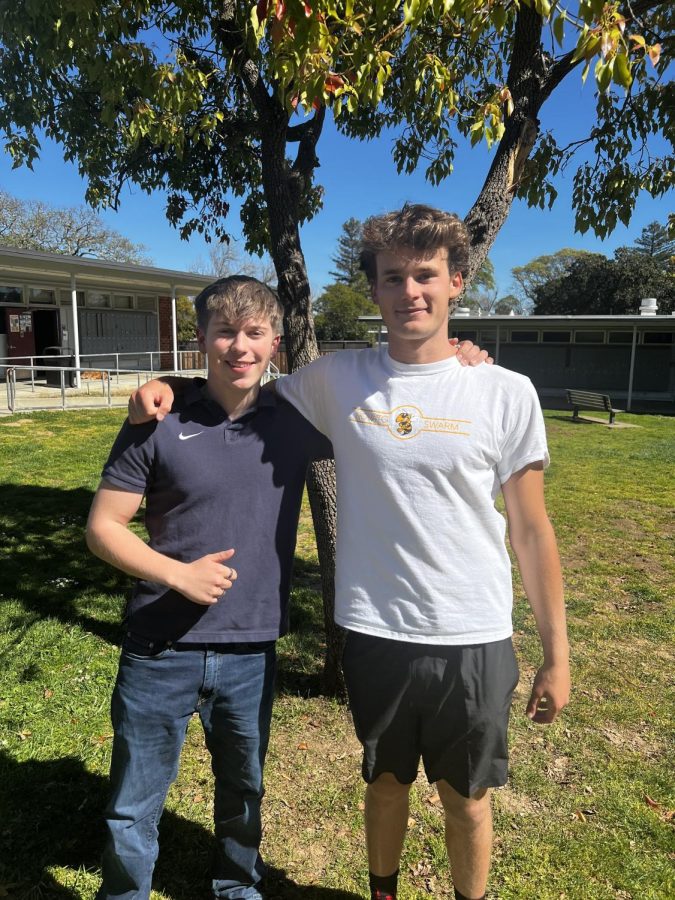 For most students, living in Novato is all they have ever known from elementary to high school. But for a few of Novato High’s exchange students, Dante Scarzella from Italy, Josie Schuch and Noah Wieland from Germany, Novato is a foreign territory that will bring them new adventures and experiences. These students are currently having an opportunity to see different cultures and gain a greater understanding of other lifestyles and customs.

Scarzella, a senior at NHS, discussed why he chose to embark on this journey.

“I always wanted to travel a lot since I was a kid, and go around and visit the world,” he said.

Although the idea of being a foreign exchange student sounds exciting, the process is actually rigorous.

“You have to start the year before and you have to file a lot of things; about your mental health, physical health and then you have to take a test about your English level. You also have to sign some rules so that you can put your word that you are going to do it,” Scarzella stated.

Back in Italy, Scarzella was a water polo player and still being able to play here was an important factor for him.

“It was a big deal actually. So for my association, it was hard to find a place where I could play water polo because most of the schools where they accepted exchange students don’t have a water polo program, so it was hard,” he said. “Water polo and sports in general is incredibly important in America so it made my life extremely easier. On the team, I found friends that helped me making the first steps in the new country and they took care of me like a brother. It was probably the biggest facilitator for making friends and for getting used to the new lifestyle.”

Josie Schuch, a junior at Novato High, opened up about why she wanted to be an exchange student.

“It was hard. I’ve been abroad before and therefore I already knew my organization with which I do the exchange, but everything was harder due to Covid. It was all very short notice and I said in February last year I would do it. Everything went super fast. I got my visa in June and of course all the paperwork had to be done beforehand. It was a process but we did it. At the end of June, beginning of July, I got a family that wanted to take me in and school too,” Schuch said.

Adapting to a new environment can be tough when you don’t know anything or anyone.

“I love it. I like Marin county more than everything. It’s perfect. I don’t like to live in big cities but I prefer to live nearby and by the beach. But, I also want to be able to go skiing in the winter. Here it is just perfect and I feel extremely comfortable. People are also a thousand times friendlier,” Schuch added.

Noah Wieland, a junior from Berlin, talked about what drove him to be an exchange student.

“It was always an idea. My dad was an exchange student when he was my age. He told me that it was good for me, and that you would learn a lot from a different view of the world. So I really wanted to do it,” he shared.

“My dream was going to California so I’m really happy that I ended up here,” Wieland said. We had to take an English test to see how good our English is and we had to Skype with other exchange students to get to know them. I Skyped with them (host family) before I actually met them. I have two host brothers who are also juniors and are in the theater program. He showed me around the school. So it was nice that he was around. I have had an amazing experience so far. I’ve met a lot of cool people,” Wieland stated.

Being a foreign exchange student deepens your knowledge about the specific place you go to and the cultures connected to that region. Individuals embark on an educational path where they can discover different traditions and lifestyles. Along the journey, these students have the ability to cultivate friendships that just might last a lifetime. All of that is currently happening for some lucky Novato High students.