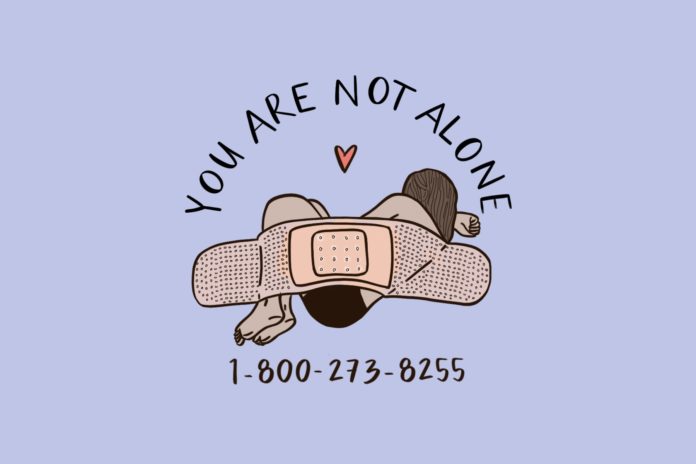 Courtesy of Morgan Dowler from The Baylor Lariat

In the last five years, there have been four deaths by suicide at Novato High School, two in the last ten months. Though Novato High presents itself as a wellness campus and tries to do a lot in terms of suicide prevention, it is only natural to wonder if more could be done.

All four of these boys were loved immensely, and are greatly missed. Some played sports, some played instruments, all were adored by classmates and Novato High staff.

According to the CDC, in 2015, there were 23,600 people between the ages of 10-24 who died by suicide (the second leading cause of death for adolescents in the U.S.). This dramatic statistic puts a newfound responsibility on schools to improve how they deal with young people and their mental health.

Adelaida Melgoza, a counselor at Novato High, talked about what Novato is already doing in terms of mental health support and suicide prevention.

“[Our] counselors, along with the North Marin Community partners that we have on campus, Ms. Amber Yang, who is our restorative justice staff member, and our administrators come together periodically to talk about what we are doing right, or what we need to work more on and I feel like that is wonderful and it is something that I have never experienced before when working at other schools,” she said.

However, even with the great resources here at Novato High from Amber Yang to online resources like Kognito (a crisis simulation), many students look at the tragic losses at our school and are identifying more ways we can improve.

After Lucas’s death, the student body as a whole only heard about it once from students in leadership at the outdoor rally. It was never fully addressed and was never talked about. For some, it has felt like Novato High shies away from addressing the issue directly, until it happens. It often seems to get brushed under the rug.

A student who would prefer to remain anonymous talked about her experience.

“While there are resources available and I have seen a little effort being made, I feel like Novato High only takes suicide prevention seriously after it’s too late,” she said.

Melgoza had some ideas for potential improvements to the system.

“The California Counselor Association recommends that each counselor should have a caseload of 275 students per counselor. Here, our ratio is 350:1. That’s a lot. It’s not realistic to get to know each student when you have 350 of them, but we try,” she said. “I do feel that if we are really trying to provide more academic and social-emotional support, it would be my dream to shrink our caseloads. Students are asking for more, and we want to provide more but right now, it takes 3 days for me to get to see a student and I’m seeing kids as fast as I can.”

She also recommended we make students much more aware of the Mobile Crisis number.

“I think we need to make sure every student has the mobile crisis number programmed on their phone. That is something that is doable and should be advertised,” she said.

A Bay Area middle and high school counselor, who prefers to remain anonymous, reflected on what her school is doing, and what she believes are the most important aspects of suicide prevention.

She talked about how cultivating awareness around the signs of suicide, building strong relationships on campus so that there are trusted adults, and investing in mental health counseling, are some of the most important parts.

One thing that is done at other schools that has not been done at Novato High is student-led mental health assemblies.

“We do a lot of presentations,” the counselor said. “Recently there was an entirely student-led school-wide assembly where students were very vulnerable about their mental health. We got incredibly positive feedback from the community [after it].”

Seeing peers open up about experiences with mental health and talking about their struggles can help other students feel more accepted and remind them that they are not alone. Novato High could learn from this and try to incorporate school-wide mental health assemblies periodically. It might also be beneficial to have speakers come directly into a variety of classes.

The counselor talked about the power of student-led assemblies.

“One of the student speakers at the assembly stood up and said ‘if anyone here has experienced challenges with mental health, or you know someone who has, stand up,’ and the entire place stood up. It was very powerful,” she said.

It is necessary to address mental health and suicide in order to prevent others from struggling in silence.

Sometimes, it can be hard to see the signs, so the best thing we can do for each other is attentively listen. Check in with your friends often, even if they seem “okay.”

Asking if someone is considering or thinking about suicide will not give them the idea or make it worse. Reaching out and sincerely showing that you care is the best thing you can do.

No matter how much we are doing, we can always do more. Finding more ways to further support students can save lives. It is essential that we are made aware of the resources available and receive proper education about suicide prevention.