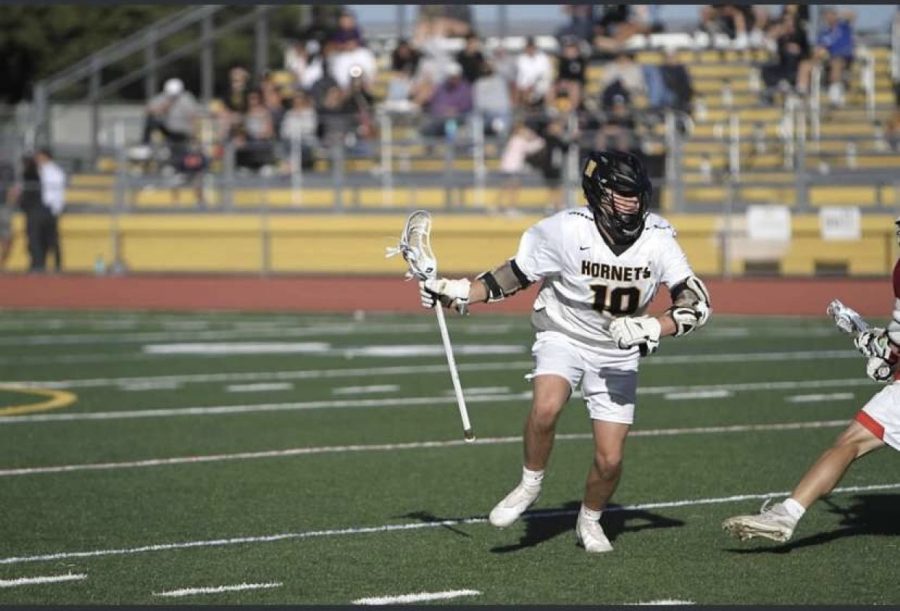 Matt Decker in attack for the Hornets

Last year’s Novato High varsity boys lacrosse team featured some exceptional players who have continued to play at the college level. The Hornets came up short in their final game with a loss to Redwood, but still managed to have a very successful season despite the pandemic limitations. NHS finished with a 14-3 record, being led by current college players Braden Rome, Kyle Decker, Matt Decker, Seamus Busby, Mack Carter, and Jackson Callahan.

Now, as the college lacrosse season is underway, these athletes have begun training and playing games with their respective schools, and are ready to show out in their freshman campaigns. Carter is at West Point (Army), Callahan is playing for the University of Oregon, and The Decker brothers, Braden Rome, and Seamus Busby have joined forces at Arizona State University.

The four players at Arizona State are all lifelong friends and teammates, who have built up great chemistry on and off the field. They are looking to carry those bonds to the collegiate level. Having four high school teammates playing on the same college team is very impressive and almost unheard of, regardless of the school or sport.

Novato High has put together a powerhouse program over the past decade for both boys and girls lacrosse, having won many MCAL and NCS championships and producing a great number of Division-1 college players along the way. The Hornets are hoping to continue their success this year, as they return a solid amount of key varsity players and are considered legit contenders for the MCAL title.