Viewing Sex in a Healthier Way 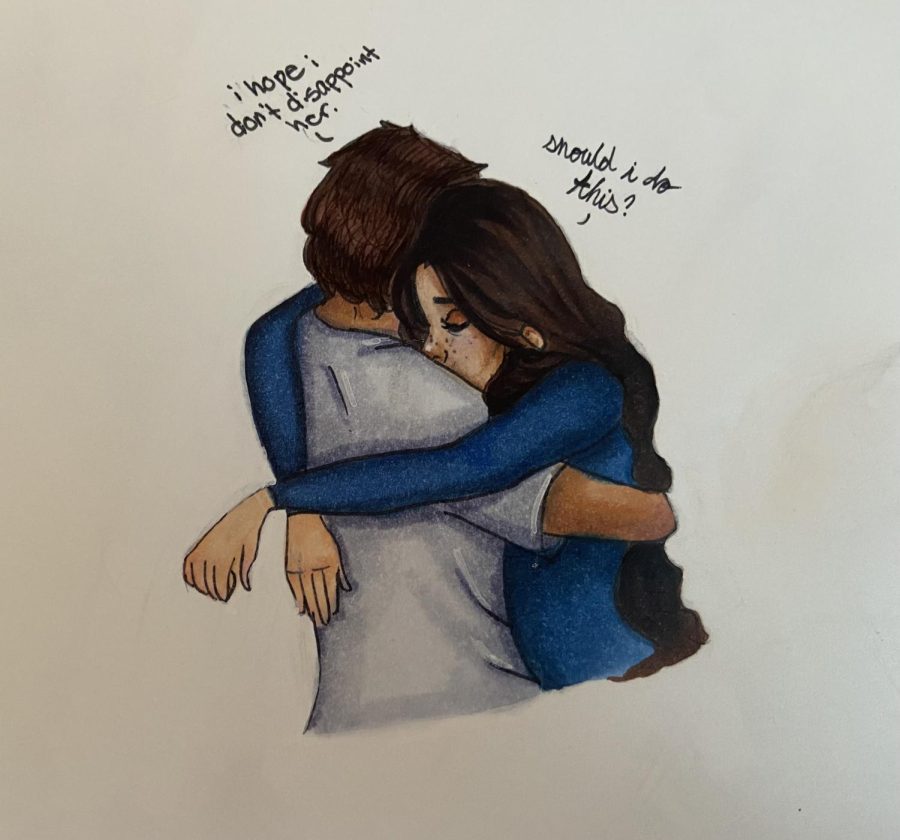 The societal pressures surrounding sex makes it a difficult topic to discuss. From guilt to slut-shaming, trying to navigate sexuality and develop sexual preferences and habits isn’t easy for everyone.

Let’s talk about the concept of virginity. The phrase “losing your virginity” has a negative sound to it. When you think of losing something, you probably feel a sense of sadness or loss. However, it doesn’t have to be that way.

“I don’t feel any pressure to have sex in high school, as if it’s a right of passage into adulthood or anything, but there is definitely pressure in college when most people have had sex, and assume you had as well. Failing to meet certain expectations is a scary thought, but I’d rather have it be genuine than forced,” said a student who preferred to remain anonymous.

Another student felt the repercussions of sexual pressure a little differently.

“There was definitely a lot of direct pressure from my partner. The other thing that felt pressuring was also just a general assumption from my peers that I’d already lost it, which made me feel bad for still being a virgin, like I was doing something wrong,” they said.

Stephanie Searle, Novato High health and leadership teacher, addressed the pressure that comes along with sex in high school.

“Not everyone is doing it. A lot of people are talking about it. So, if you feel like you need to do it, have to do it, or somebody wants you to do it, hopefully you do it when you want to, selfishly,” Searle explained. “I think you have people that feel the need to have sex before college, drink before college, do a bunch of stuff before so that they feel like they’re ready. But it’s a serious thing, you’re connecting with other people. When you look at the number of relationships where you’ve engaged in sex, it’s a lot harder to break up with that person.”

It may seem scary to classify sex as a big deal, but like Searle said, it is a pretty big deal. You’re sharing a new experience with someone who you may or may not know and trust. Being comfortable with yourself and your partner is the most important part of an intimate relationship. If you know you’re not ready and you’re just doing it to get it over with, you might want to take a step back and ask yourself, “am I ready for this?”

There’s often a sense of obligation when it comes to losing your virginity. Especially once you make it to high school, where there’s a huge double standard around it. For boys, it’s this awesome, pat-on-the-back milestone that gets a lot of praise. For girls, however, it comes with a lot of guilt, shame, and uncomfortable questions.

The fear surrounding sex for girls has a lot to do with the repercussions. Being slut-shamed is probably the scariest thing about it, especially because we all know how fast word gets around in high school.

“I don’t think that men are slut-shamed, ever, outside of very niche religious, cultural contexts that don’t apply here,” said Coco Spargur, a junior at Novato High. “Women get shamed for having sex because of a couple reasons. The first is that women are seen as something to be possessed, and someone else having a ‘claim’ to them through sex is disturbing to a lot of men. I think that men are also taught to sexualize a woman’s purity, and the corruption of said purity through sex. When women have sex a lot, guys see her as used up or ran through because, at a fundamental level, they see women as objects that have a shelf life.”

This is not to say that all men think like that, and part of the reason it feels that way is because of how sex is portrayed in the media. Shows like Euphoria and Sex Education address sexual activity among teens in very different ways. While Euphoria portrays sex as this wild, extreme act, Sex Education focuses more on the realness of how sex can make you feel, and attempts to make the viewers feel more normal about their sex lives in a healthy way.

A lot of shame and sexism comes from the pressure to have sex in the first place. Guys often feel inferior or less masculine if they haven’t lost their virginity at the time their friends do. It should be understood that there is absolutely nothing wrong with taking your time and waiting until you feel comfortable with the right person.

“The beauty of being a human being is that you get to make your own choices. Some of those are good and some of them are not so good, but I don’t think anybody should tell you what you get to do with your body,” said Searle. “As long as you’re being selfish and protecting yourself, and you’re getting consent, then go for it.”

That point needs to be emphasized.  NO ONE can tell you what to do or what not to do with your body. It’s absolutely your choice. Don’t be afraid to tell someone no, because ultimately, you are not at fault for how they react to something like that..

Whether it’s religion, parental influence, media, or just how someone’s brain is wired, many people feel guilty after engaging in sexual activity. Oftentimes, it will ruin the experience as a whole, and the feeling you’re left with afterward is a magnified version of the guilt you felt before.

It can be frustrating to not understand where your feelings come from when it comes to sex, because you just want to feel normal. There’s absolutely nothing abnormal about your feelings. It’s important to remember that no matter how different you may feel, you’re not alone.

Your parents and your teachers are probably the last people you want to have “the talk” with because it’s so much easier to discuss it with friends at school. Sex is a delicate topic; say the wrong thing and, uh-oh, you’re grounded! It doesn’t have to be like that.

Valerie Roberts, an adolescent and young adult therapist, explained how she believes parents have the wrong idea about sex.

“I think teenage sex kind of has its own stigma, like ‘it’s bad, nobody should be doing it, wait wait wait’, and I don’t think that’s true. There are a lot of different religions and faiths that have beliefs and reasons for saying wait, and all of that aside, consensual, mature sex as a teenager is not inherently bad. It gets a bad rap because sometimes it’s done impulsively or irresponsibly, but by itself, it’s not a horrible thing,” Roberts said.

“I personally believe that it’s only not right if it’s an unfit age gap, or if it’s not a genuine consensual decision from both parties. If both people are safe and mature about it, then I don’t see a problem,” said another anonymous student.

Having an open line of communication with a trustworthy partner is really beneficial. Being in a sexually-active relationship calls for trust, so talking about how you’re feeling will only help you stay on the same page. Having sex is to be vulnerable with someone, and some may argue that it is the most vulnerable thing you can experience with another person. You have to be willing to trust them with that part of you.

Whether you choose to do it now or wait for the future, what you do with your body is your choice, and being ready is the most important thing to think about.