The Strange and Often Unenforced Dress Code at Novato High 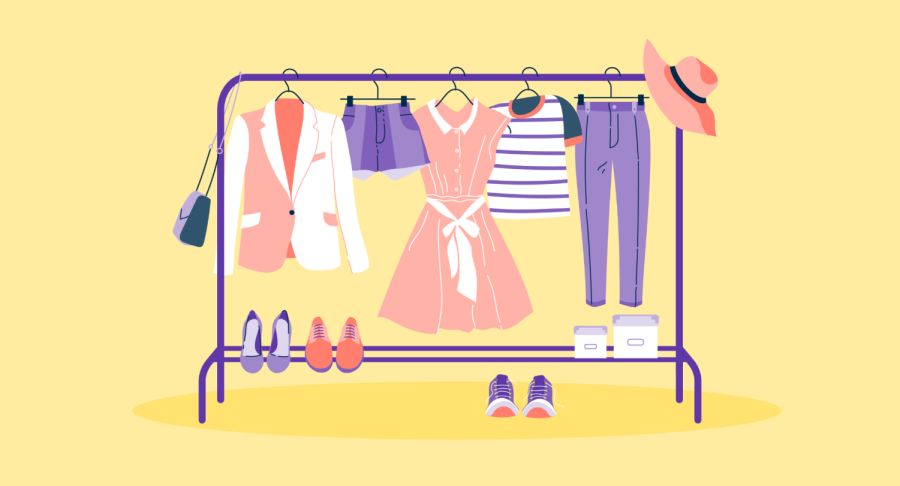 It’s safe to say most students on campus have never fully read the Novato High dress code in the student handbook. It might not be known what is forbidden and what is permitted, yet it is apparent that a lot of it goes unenforced.

In the official dress code, it states “Short-cropped and low-cut tops that expose one’s stomach or chest; short skirts/shorts that expose lower extremities or backside; sagging pants displaying underwear; [and] muscle shirts, [are not permitted].”

It may also surprise some that clothing associated with the Chicago Bulls, SF 49ers, Raiders and LA Dodgers are not allowed. Although this may be tied to potential gang activity, many students feel just fine supporting their teams with fashion choices and don’t consider these teams’ apparel to be against any school policy.

“I had no idea that this was a part of the dress code,” junior Bennett Moffett said. “It’s not enforced and so many people wear their favorite team’s clothes. I feel like you should be able to represent your team.”

The dress code seems outdated and irrelevant. In this day and age, many girls wear crop tops and some boys sag their pants or want to represent their sports teams with their clothing. And if it’s not even being enforced, what is the point of having it?

Clearly, many girls wear cropped shirts and short shorts, and boys are often seen wearing sagging pants or muscle shirts. Most of the time, no disciplinary action is taken to enforce these school rules.

So, what are the dangers of enforcing it and why do staff members shy away from calling it out?

“The dress code is not generally enforced,” campus supervisor Stephanie Short said. “Even though there is an actual written dress code policy that is given to the parents and communicated to the students, not everyone complies and everytime we try to implement it, we get pushback.”

“I feel like the dress code isn’t as enforced as it was last year, which I love because it means I can express myself how I want to,” she said.

Many kids want to experiment with new styles and looks, and when they are dress-coded they often feel like they’re being singled out or body-shamed. Many girls also report feeling like there is a double standard, the guidelines are stricter for them, and that they get called out on their clothes much more often than boys do.

One of the main violations seen from boys is sagging pants. Junior Samaje Featherstone, who has sagged in the past, was asked if he has ever been dress-coded.

This is a common occurrence in schools and the workplace: dress codes often target women more than men. This can leave women feeling objectified and shameful.

Novato High’s dress code, though often disregarded, seems to have more rules for what a girl can and can’t wear than it does for boys. Yet, it just might be a societal norm that needs to change rather than a specific Novato High issue.

Women are consistently told to cover up or to dress differently so that they aren’t “provoking or distracting” men.

“I think that dress codes have always targeted girls [more than boys] due to the discrimination and sexism from men we have faced in the past,” Leung continued. “Men need to be educated that women aren’t sexual objects. Why can men be shirtless, but when women wear low cut tops, it’s seen as provocative?”

Many agree with her. As a society, we have taught girls from a young age that they need to cover up so that they don’t distract the boys around them, instead of teaching the boys to control themselves and have respect for the women around them.