A Glimpse Into the Lives of Teens Abroad: Vietnam, Nepal, UK and Brazil 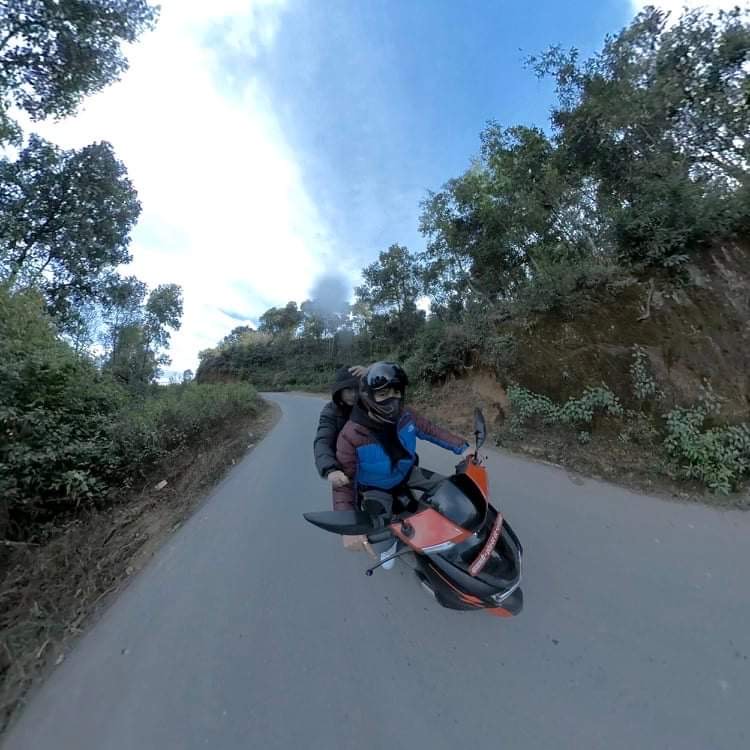 High school students in the USA are often centered in their own world, balancing their time with school, sports, friends, work, among other things. American teens are used to having access to a reasonably good public education, at least in Marin. Many local teens are exposed to a lot of diversity and different people but might not know much beyond their communities.

Although there are plenty of different cultures in our area, unless you’re an international student who has moved frequently throughout the world, you don’t often get to see the lives of students in other countries. Teens in the U.S. don’t really have an opportunity to look beyond the borders and into other countries, such as Nepal, Vietnam, Brazil and the UK. Without having the opportunity to learn how their academic and social lives are different, it’s nearly impossible to understand how similar and different our worlds are.

The view of foreign students is heavily influenced by television shows and mass media, but shows can be misleading and damaging to their images. It would be the same if outsiders’ views of the US were based on teenage movies or shows like Euphoria on HBO.

When it comes to Vietnam, teenagers are very different from what we are used to. Their daily lives heavily depend on what school they attend since social classes are drastically different.

According to Kim Nguyen, who moved to the United States in 2019, there is a Vietnamese government school, which you would assume is public education. However, families still need to pay to have the student enrolled. There is also a German school, a Korean school, and there is the IB international school for families to choose from. Not many kids in Vietnam have the opportunities or the money to apply for international schools, which contributes to social class barriers.

“I spent first grade and eighth grade in the same IB school. It’s called Ishcmc International School Ho Chi Minh City,” explained Vietnamese teen Kim Nguyen. “I had a great opportunity, education, and knowledge, but I took it for granted. Anyways, the school system was great. We got to explore other countries in Asia and learn about their cultures by traveling to their country. All the experiences I had, it was the best thing I could ever have in my educational and childhood life.”

Although Kim was lucky to be able to afford a good education, she stated that she never meant to go to college in Vietnam.

Students who need money for college can get some support from scholarships created through donations but many Vietnamese teens can only have a quality higher education if they have enough money.

“I would say that teens in Vietnam, primarily foreigners, would go clubbing or go to their luxury beach house and have a small party there,” said Kim, when describing the social habits in Vietnam. “Going for food on the streets with my cousins was the best. Milk tea and smells of different types of food out there remind me of days that I never thought I would lose. I would do anything to bring me back to that time when I didn’t have to work or worry about spending money. Just have fun and live your life.”

The students in many of those International private schools find social life very important as if they have a desired image to maintain. Many teens in the cities are used to going to parties, drinking, and smoking what is called a “balloon”, something to inhale, filled with laughing gas.

In both Nepal and Vietnam, riding motorcycles is a common mode of transportation. Teens who live in the city regularly eat street food, go to cafes, clubs, and hookah spots. Especially in Nepal, where there are lots of mountains, teens often go for hikes in nature and to Hindu temples.

“Students would hang after school still in their uniforms,” says Rupak Sunuwar, a recently-graduated student from Nepal. “Every classmate is really close to each other since we’ve known each other for years. Usually we go for hikes on the weekends or ride motorcycles. Me and my friend who has a camera take pretty good short clips and pictures.”

Living in Kathmandu, the heart of Nepal, students spend the day out in the city without worrying about going home since most parents are very liberal. They often go out to eat momo (Nepali dumplings), go to cyber cafes, or just walk around.

Nepal’s school system is very similar to the UK’s, except they finish high school at grade 10 and take board exams every year. Just like Brazil and Vietnam, the only way to have a high-quality education is to have enough money.

“Many students seem to apply abroad after their high school graduation, to countries like Canada, Australia, Britain, and many other European countries,” said Sunuwar. “Universities in Nepal aren’t so bad, but after spending money all those years on university, it will be a waste since it’s almost impossible to get a high-paying job that will help them even for their basic living.”

Many teenage boys between the ages of 18 to 21 choose to go for Ghurka, an unit formed by Nepali boys recruited by the British army. The Ghurka recruiting process is one of the hardest in the world. It can last up to six months but less than 300 people are selected out of 20,000. Teens practice for years to try for it, spending lots of money and time preparing, just to try their chances for a better future. Being selected can give their families the opportunity to apply for British citizenship.

“Only hard work doesn’t pay off,” expressed Sunuwar. “They say if working hard could pay off, donkeys would be called king of the jungle.”

Just like Nepal and Vietnam, public education is not the best and most students can only have a good education by paying for a private school. This involves taking an entrance exam and competing against students from higher socioeconomic backgrounds, often creating a social class gap. This is especially evident when taking the ENEM (National Exam of High School), a test that essentially evaluates your knowledge by what you memorized in high school. Teens know that their exam grades will influence their ability to go to a good university or not. Unlike Nepal and the US, students aren’t required to pay for most exams in Brazil.

Most schools in Brazil don’t separate middle school from high school, giving the students the chance to grow up with their childhood friends. This creates a friendly community.

“Everyone knows each other, even if you’re from a different school,” explains Ingrid Camargo, a teenager in Brazil. “For fun, people usually go to parties to drink and smoke Narguilee, or get the bus to the mall. There’s a lot of casual hooking up here, where you both know there’s nothing between you two and it’s just for fun.”

Most parties play funk music, a genre that was based on funk from the USA, but became its own Brazilian style over time. Brazilian funk evolved into a completely different genre from the funk we know in the U.S..

Parties and music are an important part of Brazilian culture, like Carnaval and Samba, both very famous in the region’s culture.

“We basically go to parties or to the mall every week,” explained Luigi Cacace, a junior student from Brazil. “We just hang in each other’s house often too. We either play video games, soccer, or just talk. Most parents are very protective and track our locations since the city can be dangerous, but we find a way to hang.”

The school system is far more different in Britain. Unlike Brazil and Vietnam, which have a somewhat similar high school/college system to the US, the UK uses a “year” system (what we would call grades here). High school goes from 7th to 11th grade, before going to what they refer to as college for two years completing their high school, then do their own thing after graduating at around 18 including going to a University, which is where they would get their bachelor degree.

“Americans here in the UK are seen as overachievers in most cases, due to their school systems compared to the school system here,” expressed Joao Welsh, a college student from the UK. “American students’ opportunities are something quite a lot of British students wish upon themselves as not all British students have the chance to give themselves a life that the United States’ students have. Our education system is very outdated and only just started progressing.”

The University of Derby claimed the UK system is based on competition, making it hard for students to rise above and thrive. There is excessive pressure from a young age to succeed on exams.

“The way the curriculum is chosen is still the same one from back in Thatcher’s (Margaret) time, UK schools/academies and colleges are just marketed to make money because during the time she was in power, her ideals were for schools to become a business to gain better results. So the school system is still the same in terms of the ‘business’ aspect, and students are seen as capital or budget.”

As a native Brazilian living in the USA, it is not uncommon to hear all types of assumptions about other countries from students that have never had actual contact with that country’s culture or people. These assumptions most times have a touch of reality, but they’re often exaggerated. This can contribute strongly to racism.

The way the education system works differently in each country is very significant as it leads to how the society develops and functions. Educational institutions often dictate a country’s reputation. This is why it is important to hear from teens in other countries, who can provide an accurate view of the education systems around the world. Although education is very different in each country, it’s fun to see how other teens around the world find fun and reduce stress.