Examining Six Dead Galaxies and the Limits of Human Knowledge 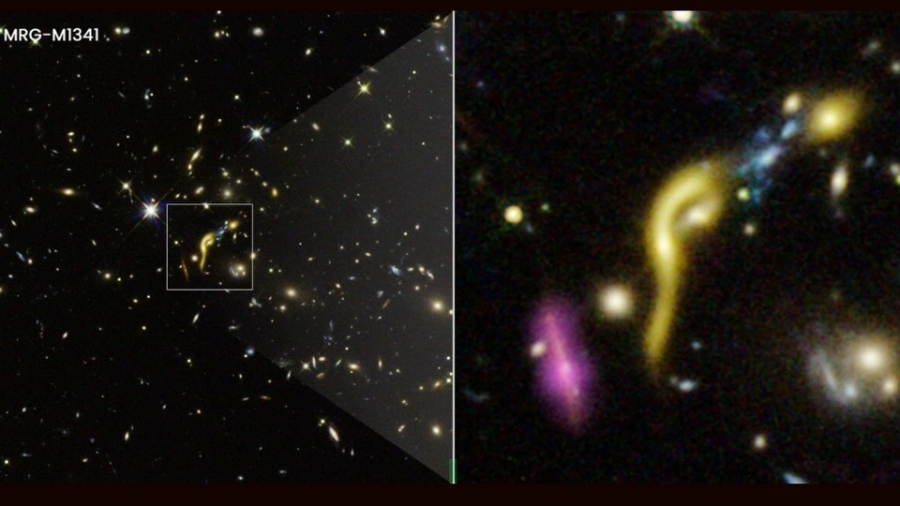 Early this year, Nasa’s Hubble Telescope captured the remnants of six dead galaxies among the stars. These galaxies are thought to have run dry of cold hydrogen gas which is crucial to the development of stars within our universe. NASA’s researchers are unsure of how or why the galaxies died so soon, although such an expansive topic leaves open a discussion of hypotheses of these mysterious deaths as well as our finite existence as human beings.
To understand the death of a galaxy, it is important to recognize how it’s created. Galaxies are formed by groups of stars slowly compiling in space until the groups are forced to bind by the effects of gravity. As galaxies age, they expand, collecting other materials found in their vicinity to create new stars. The powers of the expanding galaxy eventually slow as some lose their cold hydrogen gas. This ultimately leads to the demise of the galaxies, which could possibly include the six which have been discovered.

“In theory, we could predict that a galaxy is dying based on the relative quantities of Hydrogen and Iron in those galaxies. The greater the ratio of Iron/Hydrogen in stars, the closer they are to going out,” he said. “We can easily measure the quantities of each by measuring the intensity of spectral lines that match those elements. The problem with this method of finding dead galaxies is that galaxies take a long time to die.”

Spectral lines indicate either an excess or deficient amount of photons within a frequency range. Although this scientific method is highly accurate, it is still hard to pinpoint the death of a galaxy.
“The problem with this method of finding dead galaxies is that galaxies take a long time to ‘die’. The time frame for a galaxy to die is much longer than the time it takes their light to reach us,” Seeley further explained.

Well-known theoretical physicist Albert Einstein pioneered the theory of general relativity, which described the universe as being capable of distortion or malleability. This theory led to the property of gravitational lensing.

An example of gravitational lensing can be found in the fact that light travels on a linear path, and if rays of light appear to be bent, that is evidence that space has been bent. This gives us the grounds to determine that something once existed or does exist within that area of space.

These complex topics contribute to the driving forces behind what science is all about. Justin Louie, a chemistry and physics teacher at Novato High, described his takeaways from the discovery in an email.

“The most interesting aspect about this discovery is the questions and hypotheses that arise as a result, and questions, curiosity, and creativity are the heart of science,” Louie wrote. “So, questions like what caused these galaxies to die are interesting as well as the ideas that scientists have for what they think could have happened.”

The specifics of space and the ever-expanding universe can become quite intricate, although all this information calls into question the significance of human existence.

Christina Pham, a junior at Novato High, described the most compelling aspect of the dead galaxy’s discovery.

“It really goes to show how finite our existence truly is, eventually everything will come to an end. It reminds me of how insignificant we are in comparison to everything else that’s out there. Our galaxy will die one day, just like the 6 that were discovered,” said Pham.

Curiosity is part of human nature, as well as a constant need for answers. As we continue to learn about every pocket of our universe, we must also note the restrictions of our own knowledge. As curiosity surrounding the deaths of the 6 galaxies persists, we may never reach conclusions that lie outside of the limits of human discovery. Yet, we can only find these limits by furthering our research, experiments, and consequent discoveries.