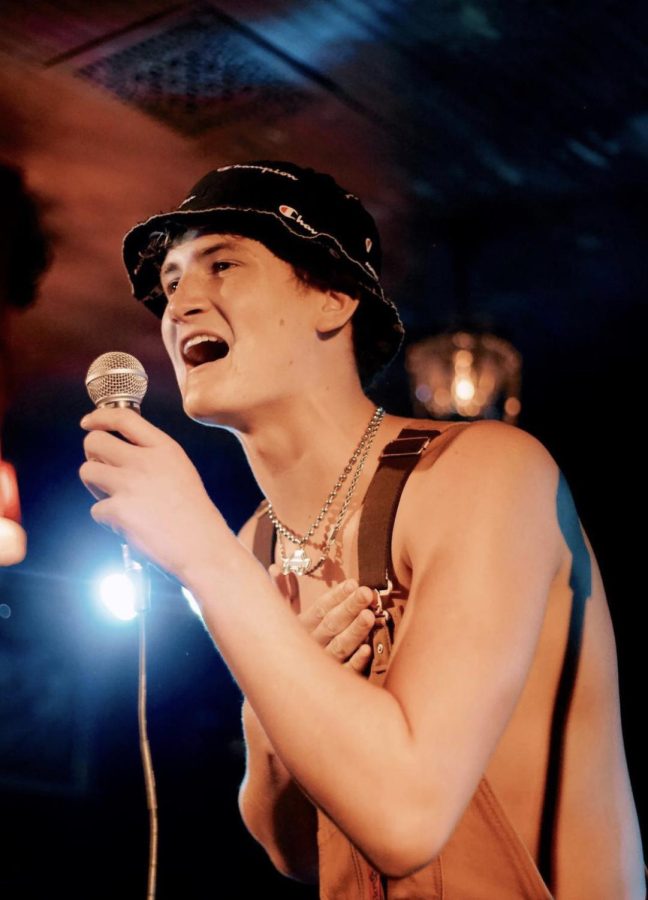 Arden Jones, a Novato High graduate, is rising to fame after being discovered by Atlantic Records on TikTok in December of 2020. Jones, who was known as A.J. Neff in his NHS days, has already released four singles on Spotify and Apple Music after being signed in January of this year.
At only 20 years old, his first single “Parallel Parking” charted on Spotify’s Top 50 and played on several other new music stations, accumulating the song over 9 million streams. As Jones quickly became an overnight sensation, he decided to leave Chapman University where he was studying film in order to focus on his music career in Los Angeles.
Since his instant hit “Parallel Parking” debuted, he has also debuted “rollercoaster”, “roll the dice”, and “SMILE”. Jones comes from a long line of musicians and writers, so it’s no surprise that all of his lyrics are 100% his own. Additionally, he is well-versed in playing music and is able to play all of his own instruments, including the bass, piano, guitar, and mandolin.
His unique mixture of alternative pop and indie sets him apart from other modern artists. Jones claims his music is inspired by a variety of rappers such as Russ, J. Cole, and Chance the Rapper, as stated in a feature on Broadcast Music Incorporated. However, when Jones specified who he claimed to be his biggest influences, he named Mac Miller and Rex Orange County in a feature on Earmilk. This intriguing fusion of artists is apparent in his music as he has a distinctive story-telling voice and a theme of young love integrated throughout his songs. Each song has an uplifting tone of infatuation and excitement, as he maintains a feel-good pop vibe while also striving to make it atypical.
Jones described what inspired him to get into the music industry.
“There were many things that inspired me to get into the music industry but my dad probably played the biggest part in that,” Jones remarked. “My dad instilled music in my life from a young age, in addition to playing in a band in college. I also just love hip-hop and music. My friends and I would listen to it in high school so I wanted to take a crack at it.”
Jones then opened up about his biggest challenge as of yet in the industry and what his goals are moving forward.
“My biggest challenge has been not seeing the immediate results that I want to see. Sometimes I get in my head, especially after dropping out of college because I want to be accomplishing things quicker or getting more done. At the end of the day, it takes time and luckily I have people around me who can make sure I remember that.”
Last but not least, Jones offered his advice to any aspiring young artists who have similar big dreams as he did.
“The biggest piece of advice I would give to an aspiring musician or artist, although it’s cliché, would be to just keep trying. It took me five years of making music consistently before it became my career and there were thousands of times that I almost gave up. But it’s true what they say, just keep doing what you love and the other things will come in time.”

A popular TikTok of Jones singing can be seen here.