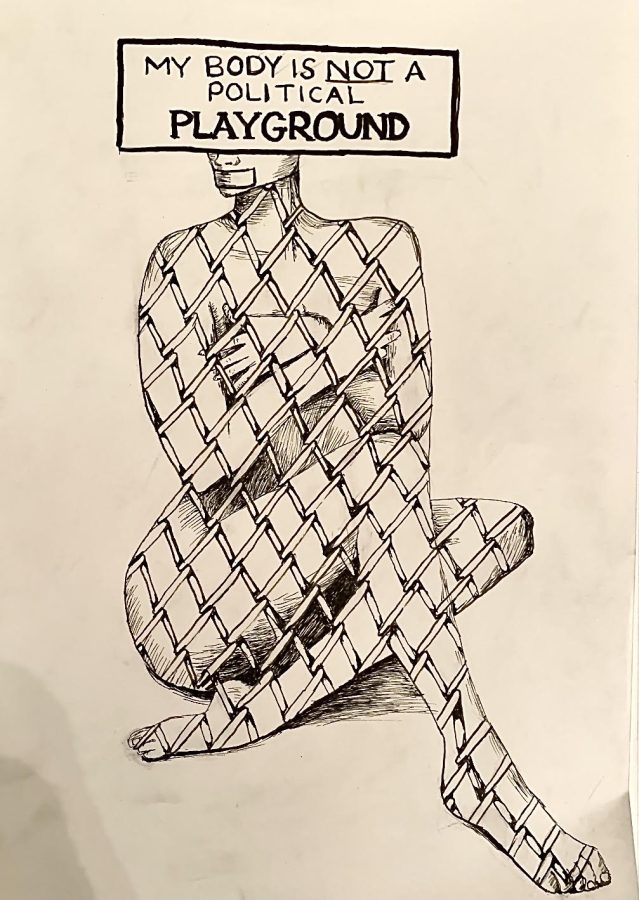 On September 1st 2021, the Supreme Court decided to not overturn the Texas Heartbeat Act, a ruling that could potentially have national implications. Activists across the country, including those in California, saw this ruling as a major shift in the current debate around reproductive rights. Previously, Texas passed the “Heartbeat Act” banning abortions after the six-week mark. Texas abortion law follows suit with eleven other states that have adopted heartbeat laws, meaning that abortion cannot be administered after a heartbeat is detected in the fetus.
The ongoing debate about reproductive rights is often influenced by religious beliefs as well. According to worldatlas.com, Texas is 64.4 percent Evangelical Protestant and 21.2 percent Roman Catholic. The Catholic church has a long history of opposing abortions in all circumstances, even when rape or incest is involved. The Evangelical church, while composed of subcategories of protestants, largely swings towards opposing abortion as well. This religious demographic contributes to the growing support for limiting abortions across Texas, as well as some other southern states.
In California, abortion laws limit an individual’s right only after the fetus is viable, which typically happens around the 23rd week of pregnancy. According to the Guttmacher Institute, a pro-choice research organization, an abortion may be performed at or after viability only if the patient’s life or health is endangered. Individuals under the age of 18 in the state are allowed to get an abortion without the approval of their parents, whereas Texas requires the consent of a parent for their child to get an abortion.
While the Texas ban is far from the abortion laws in California and the lives of teenagers at Novato High, the limitations it puts on young women are certainly prevalent and reactions to it can be felt around campus.
Senior Sara Dailor expressed her thoughts on the issue.
“The government should not interfere with what a woman wants to do with her body and schools should definitely have resources for students looking to get an abortion,” she said.
Through resources like the East Annex, Novato High staff want to assure students that resources are still easily accessible to them. Currently, Novato High is affiliated with the Novato Teen Clinic, a facility where anyone ages 12 to 25 can get pregnancy testing, birth control, and contraceptives. The clinic’s services are also free and completely confidential.
Other resources throughout Marin include Marin Community Clinic, Planned Parenthood, and All-Options, a nationwide hotline available for confidential counseling and advice regarding pregnancy and abortion.
Amber Yang, Restorative Justice Specialist in the East Annex highlighted that.
“Decisions about your health and pregnancy are deeply personal and there’s a lot to consider. Finding factual and non-judgemental information about abortion is really important,” Yang said.
Amidst all the conversation and controversy surrounding abortion laws, Novato High remains committed to helping students navigate all their options