Redefining Patriotism for the Current Generation 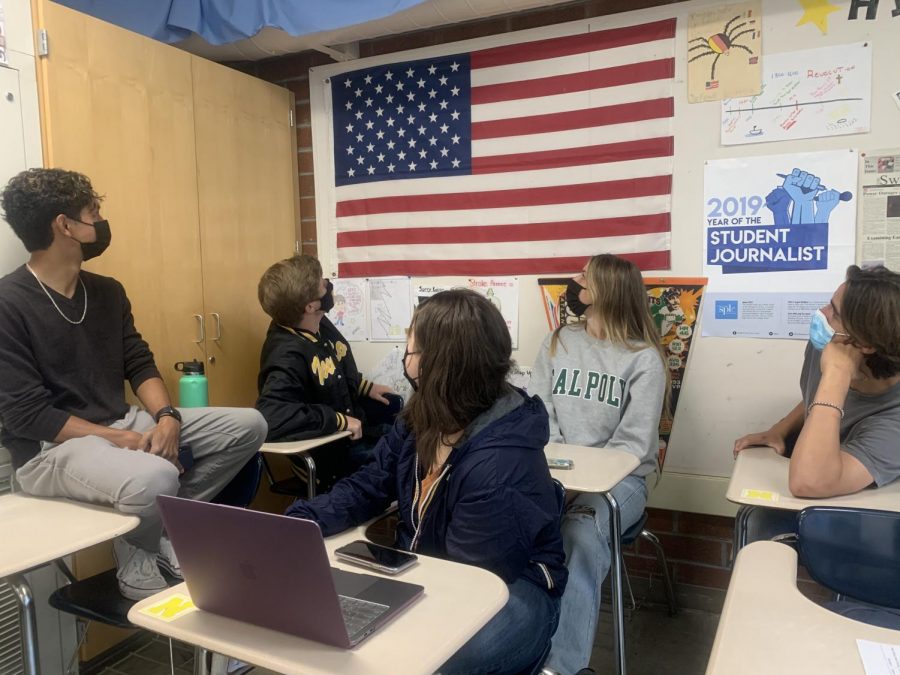 Students look at an American flag in a classroom.

Inside the classrooms of Novato High School, one will often find flags hanging up, posters signifying accomplishments of the United States, and works of art meant to inspire pride in our country. These are all symbols of patriotism, and at one point in the school’s history, these same wall decorations may have reflected the student body’s unwavering support of our country. In 2021, however, these symbols might be viewed differently.  There is a chance they are not accurately representing the student body and could be relics of a bygone era.

As the world progresses, it would appear that patriotism is dying down among local students. Factors such as cultural diversity and the internet have made the world more connected than ever before. At the same time, students gain a wider world view and gain an appreciation for places outside of the United States.

“This pride in the country has diminished, simply because we live in a global society,” Kambur said. “We rely on the rest of the world just as much as they rely on us, and so people may view patriotism as something outdated and in the past.”

However, this doesn’t mean that patriotism is dead. Patriotism in a modern scope of understanding simply means appreciating the good things we have as a country.

Tim Mahoney, also a social studies teacher at the school, described patriotism as he sees it today.

And for Joe Brandes, a senior, this type of patriotism is a beautiful thing.

“I’m a patriot because I love America. I love its music, culture, and various other things, but most of all the people. And I want these things to be even better, flourish even more,” he said. “But whether someone calls themselves a patriot is beside the point; it’s their actions that speak louder than words. And even though a lot of people on campus wouldn’t call themselves a patriot, they act like one. They fight for things they believe in, and fight for people who maybe got the short end of the stick.”

However, Brandes also pointed out some of patriotism’s ugliness.

“America is hurting right now. No one wants to see this. People who call themselves patriots, most of the time are uneducated on the topic, and aren’t true patriots. This patriotism is in opposition to progress,” he said.

Even though Novato High classrooms may still hang flags above the doorways, the students and teachers have carved out their own sense and meaning of patriotism, one that doesn’t always rely on a self-centered worldview. Rather, many have come to love this country for everything that is great about it, while acknowledging its shortcomings.