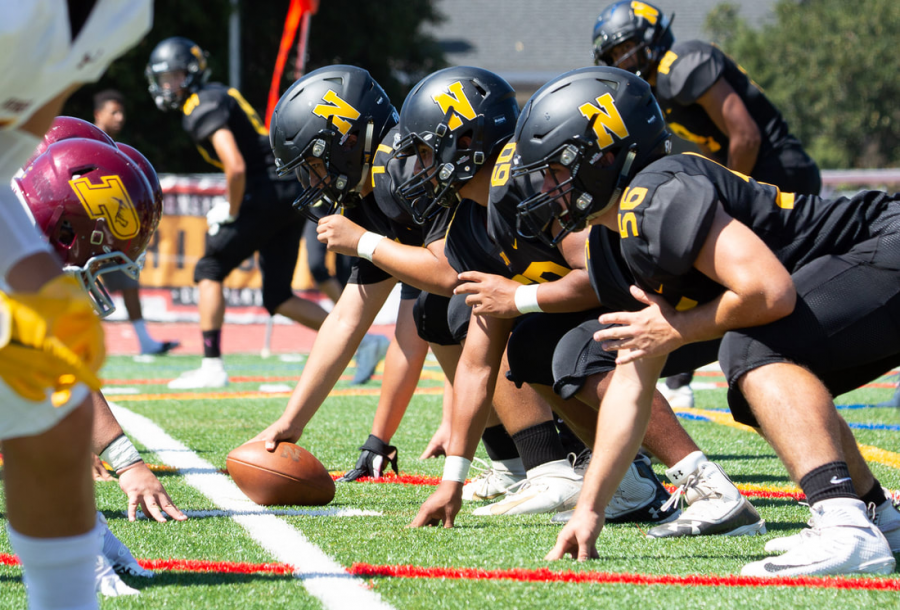 The previous format proposed for Bay Area high school sports was a Season 1/Season 2 format. This format planned for a “winter season” in which sports seasons would last from January to April, and a “spring season” which would last from March to June. However, the majority of Bay Area counties, including Marin, have failed to move into a lower-tier assignment of COVID, and haven’t received a pass to begin training or competing in high school sports. This lack of improvement throughout the Bay Area has caused the Season 1/Season 2 format to become obsolete, as it is now nearing February and these counties are still in the most widespread tier.

The new plan proposed by NCS is a flexible, tier-color based format. In this format, counties will be able to play a set amount of sports, depending on which COVID tier they are in. The four tiers are purple, red, orange, and yellow; with purple being the most restrictive tier, and yellow as the least restrictive. Each tier contains a set of sports that are permitted for that tier, meaning once a county reaches a certain tier, the sports listed in that tier can begin.

The tiers are organized by the likeliness of exposure to COVID. For example, most contact sports and indoor sports are listed in the two least attainable tiers, orange and yellow. Contact sports are listed in these tiers because athletes in those sports will be more susceptible to the spread of the virus, as it is impossible to maintain constant social distance in these sports.

The tiers are currently set up with 4 to 7 sports in each one. In the purple tier, the sports permitted are cross-country, golf, tennis, track and field, swimming, and diving. The red tier lists baseball, softball, girls lacrosse, and field hockey. The orange tier consists of football, boys lacrosse, soccer, volleyball, water polo, badminton, and volleyball. The remaining sports, basketball, competitive cheer, and wrestling fall into the yellow tier.

As of now, every Bay Area county, including Marin, has remained in the most restrictive, purple tier. According to the Marin IJ, “Purple sports will have the ability to go off first once the county and schools have approved it. Then once counties move into the red tier, the league will be allowed to begin that season of sport at a time that best fits them. The same will be done for the orange and yellow tier sports.”

“I prefer the tiered system more than the Season 1/Season 2 format, as I believe that the sports have a much better chance of going,” said Smith. “For example, if we stuck to the two-season format, it would have been very difficult for football to have been allowed to start in December with the way the numbers were going.  Now that we have them listed in the orange tier, the chance of the season happening is much higher.”

There is no definitive timetable for when Marin County will move into a less restrictive tier. Tier changes may occur very far apart from each other or could happen at the same time. If Marin County were to move ahead multiple tiers somewhat simultaneously, it would result in an abundance of sports seasons being played at the same time. This could lead to multi-sport athletes being forced to play only one sport this school year.

Another possible downside of this new format is that the orange and yellow tier sports could be in deep jeopardy, as Marin is currently still in the purple tier,  without many signs of improvement. Although there is still plenty of time left in this school year, it is somewhat concerning for certain sports, specifically in the yellow tier, as they have the worst chances of having a season this year.

Despite his sport being in the least-attainable tier, varsity boys basketball coach, Rob Barde, is still very optimistic about the possibility of a basketball season happening this year.

“I am definitely hopeful we will have a basketball season this year. I miss basketball like crazy and I know the players in the program do as well,” Barde emphasized. “I believe that realistically, the season will not start until mid-April. I know all the ADs are working with MCAL and NCS to set up schedules, with basketball hopefully starting around then. I believe the plan will be for a seven to nine week season, with approximately 14 to 16 games, likely only playing against other Marin County schools.”

Barde is training his team with a firm belief that there will ultimately be a season this year.

“I’m hoping and planning for the best, and doing everything I can to have our program and myself as prepared as possible to have a great season in the Spring,” Barde said. “Since we were able to resume basketball workouts this summer, we have been doing everything we can depending on each set of current guidelines as they change. Essentially, we have been doing skill workouts, working on ball-handling, shooting, and footwork a lot to improve our skillset and fundamentals. We are also meeting on Zoom periodically to bond as a team and build chemistry.”

High school sports is just one of the many missing elements of a normal high school experience. It is extremely unfortunate that all student-athletes, especially seniors, could be missing out on a whole year of high school sports. Yet, this new format provides a sign of hope for student-athletes, as it provides flexibility for every sport, and increases the overall chances of students being able to play sports this school year.