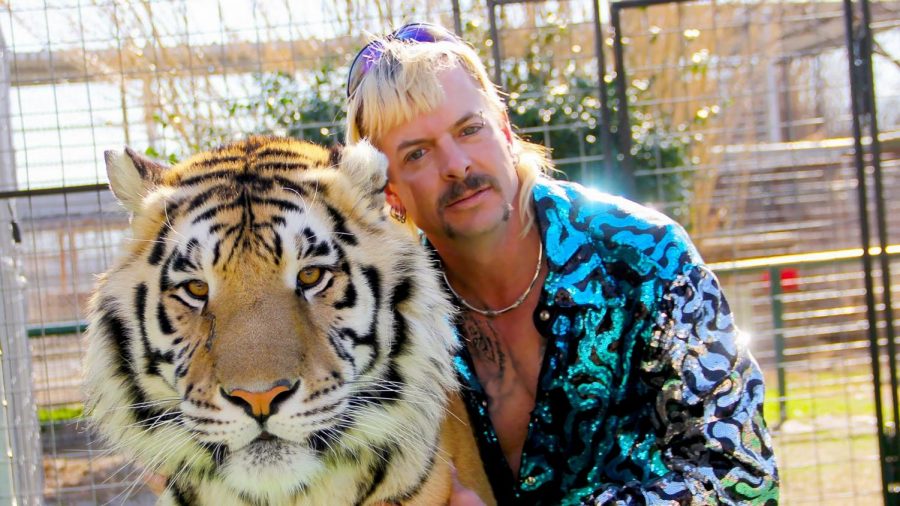 Ozark is one of the most underrated shows on Netflix. Starring Jason Bateman and Laura Linney, it tells the story of a normal man with a seemingly normal family who launders money for the Mexican drug cartel and moves from Chicago to the Lake of the Ozarks to do so. Giving off Breaking Bad vibes, the first 3 seasons are the start of something special.

This show has been watched by many so far in quarantine. Similar to Friday Night Lights, this show is about a rising star football player named Spencer James and his struggles with life outside of football. Full of drama, this is a must watch, especially for sports fans.

Senior Ale Lopez shared what he loves about the popular show.

“All American really has mastered the “end of episode cliffhanger,” which is perfect for binging on Netflix, especially in this climate,” said Lopez. “The show does a great job of keeping you emotionally invested in the characters and wanting to watch again and again, no matter how silly the plot is sometimes.”

Cheers is a very consistently funny show but it is a little old. Sam and Diane’s relationship is very humorous and fun to watch. The gang spends all their time at the Cheers bar in Boston and always provides some laughs within the storylines. This is also the show that got Woody Harrelson on the map. Cheers has 11 seasons so it’ll always be there for you to watch.

If you’re looking for a comedy show, New Girl is a great watch. New Girl is about a girl named Jess who lives with three male roommates. Although the first season is pretty bad, once this series gets going, it is very funny. Nick and Schmidt are always gonna be able to make you laugh.

Tiger King is another show to watch in 2020. A documentary series about a tiger-owning man from Oklahoma with an animal tourism zoo named Joe Exotic, this show is interesting and ridiculous at the same time. The show is largely focused on Joe’s war with Carole Baskin, an animal rights activist who hates Joe. Joe ultimately gets incarcerated due to high his illegal acitivies and desire to want to murder Baskin due to their differences.

“I love the randomness and unpredictability of Tiger King,” said Gabe Delgado, a senior at Novato High. “It was just one thing after another and it was very funny to watch.”

Breaking Bad is a classic and timeless TV show. It features amazing acting, beautiful directing, and an intriguing plot. Walter White’s transformation into Heisenberg is incredible to watch, which is a credit to Bryan Cranston’s acting. One of the greatest shows of all time, this is about a man who finds out he has cancer and decides to make meth and sell it to make money for himself and his family after he dies.

Pursuit of Happyness is one of the best movies of all time so don’t pass this opportunity to watch it on Netflix. Starring Will Smith and his real life son Jaden Smith, it tells the story of a single dad who struggles to make enough money for him and his son. Watching this movie was so stressful but it was one of the best I’ve ever seen.

Junior Emilia Oblites shared her thoughts on why the movie’s message resonates with her.

“I like the constant reminder of the importance of maintaining relationships with the people who matter and the people whom you love, and the theme of believing in yourself and not giving up when things are hard,” said Oblites.

Another Will Smith movie, this rom-com is a fun one to watch. It’s about a dating coach named Alex Hitchens who mentors Albert (Kevin James) to get the girl of his dreams. Meanwhile, Hitch finds himself a girl he really likes but complications arise.

I think 90% of the world has seen Step Brothers, or at least that should be the stat. Will Ferrell and John C. Reilly play step brothers who are lazy and have no life or responsibilities. When Brennan’s (Ferrell) mom and Dale’s (Reilly) dad move in together, the brothers’ worlds get turned upside down. Step Brothers has so many hilarious scenes and quotes, cementing itself as one of the best comedies on Netflix.

Shawshank Redemption is one of the most inspirational and beautiful films in the  history of mankind. It’s about a man who is innocent but gets accused of murdering his wife after he catches her cheating on him. The story is about how he goes to jail for two consecutive life terms and meets his best friend, played by Morgan Freeman, while also experiencing the brutality of prison life.

For any Marvel fans, this is the movie to watch. Iron man, Captain America, and Thor along with the rest of the Avengers and the Guardians of the Galaxy team up to face Thanos, the best and most powerful villain Marvel has ever had.

A Quentin Tarantino masterpiece, Inglourious Basterds is about a man named Aldo Raine (Brad Pitt) who assembles a team to take down Nazis. Christophe Waltzs’ performance in this one as a smart Nazi villain is top-notch and memorable.

Goodfellas is one of the best mafia movies of all time. The cast is stacked with amazing actors such as Robert De Niro, Joe Pesci, and Ray Liotta. It tells the story of Henry Hill (Liotta), an American mobster associated with a powerful crime family. Scorsese is the king of mobster movies and this one doesn’t disappoint.