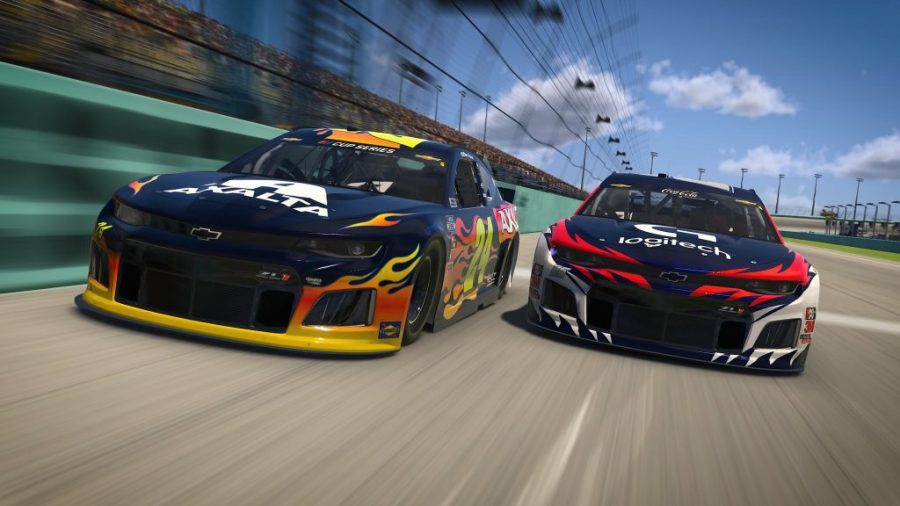 Before social distancing had been invented, an ultra-realistic racing video game called iRacing had been making a name for itself across the world. Now that many of us are stuck inside nearly 24/7, many of Nascar’s current and past greats have taken to iRacing in order to keep the sport in motion in times of a worldwide standstill.

The Nascar Pro Invitational Series, as it has been named, held its first event on March 22, 2020, which is around the time many Americans went under mandatory lockdown.

In a time when many sports have gone quiet, Nascar’s publicity is up just as high if not higher than before because they continue to put on exciting events with real commentators and real drivers. Many drivers are also racing with a purpose in times like these.

“Denny Hamlin pledged $100 for each lap led in the iRacing Pro Series Invitational race at the virtual Homestead-Miami Speedway and $5,000 for winning the race in a donation through The NASCAR Foundation and Feed the Children to benefit families in the Homestead-Miami area affected by COVID-19,” stated NASCAR.com in an article about the industries’ help with COVID relief. “Hamlin won the race and led 14 laps to raise a total of $6,400.”

That could seem small compared to the large scale donations of many celebrities, but Hamlin, along with other mainstream drivers, continued to provide donations and fundraising for COVID-19. Their support has raised a lot and inspired many others to do the same.

Aside from the community impact, near daily iRacing events have been helping to keep racing fans entertained in ways viewers of the NFL Draft can only wish for. The extremely realistic live racing has yielded consequence-free hard racing day-after-day, as well as the return of some of Nascar’s most popular retired drivers like Jeff Gordon and Dale Earndhart Jr.

They even delivered on race one, as the USA Today reported after, “[Hamlin] pulled up alongside Earnhardt on the final lap before making just enough contact with Earnhardt’s No. 8 car to send him down toward the apron, while Hamlin crossed the finish line.”

When looking at Nascar’s response compared to the complete shutdown of many other organizations with strong impact on American culture, it is refreshing to see a positive response and an effort to better the community.