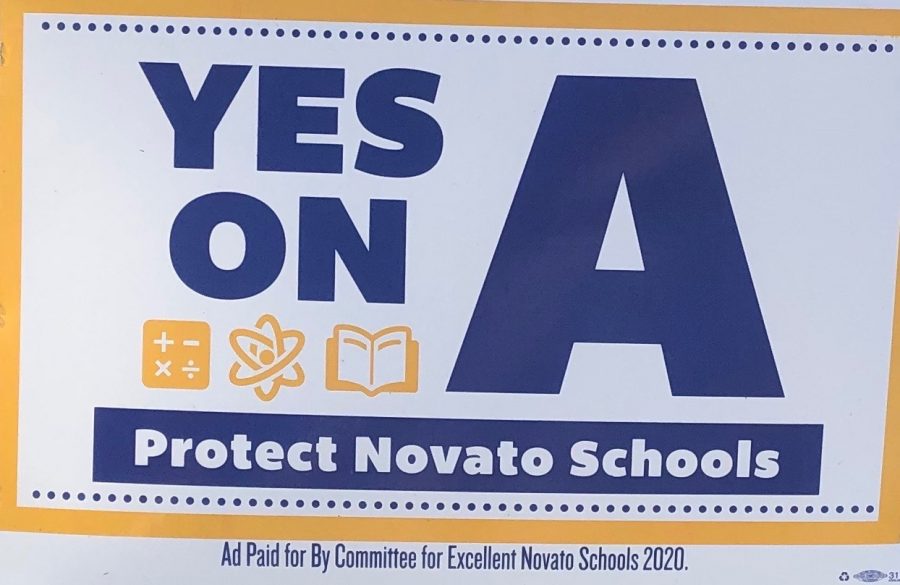 The future of local education is now under question.

Measure A failed to pass on Tuesday, March 6th, marking a shift in the Novato community’s attitude surrounding funding to the Novato Unified School District.

The parcel tax was proposed on the Super Tuesday ballot, along with other local tax measures and propositions. Measure A aimed to add $125 to the current $251 per parcel rate, along with a 3.5 percent annual increase to adjust for inflation. Although the current parcel tax doesn’t expire until 2022, NUSD administration hoped that by securing this raise, the district could have maintained all of its programs and expanded new ones.

Proponents of the Measure were surprised by the final polling results. The Measure did not come close to its required 2/3 majority passing vote. A slim one percent difference between the minority “no” and majority “yes” votes is causing NUSD staff to reevaluate their campaign messaging and local impact.

NUSD Superintendent Kris Cosca believes that public perception of NUSD is not as favorable as it once was, leading to the final vote results.

“We also have to look within and see what harm we’ve done within our community, and I feel like we’ve been in the newspaper for a lot of negative things this year,” he said. “The San Marin lights have been a divisive community issue. There are some people out in Hamilton who are frustrated with the maintenance building we built out there. We’ve made some decisions about athletic fields that have upset some people in the community. The way negotiations went with teachers. We have the teachers saying a lot of negative things about administration and the district.”

Other popular measures on the ballot, along with education funding oriented Proposition 13 could have minimized voters who only aimed to vote for one or two new spending initiatives. However, Proposition 13 nor Tamalpais Union High School District’s Measure B passed.

The “No on Measure A” campaign argued that the parcel taxes implemented so far have not created any significant improvements in test scores or quality of education. The detractors appealed to frustrated voters who felt they were already financially strained by the current $125 per year parcel tax.

In the context of other Marin County school districts, however, Novato students receive the least amount of funding to their education.

The NUSD system receives funding for 11,641 per student every year. This number is especially low in comparison to school districts like the Bolinas-Stinson Union or Sausalito Marin City School District who receive upwards of $50,000 per student, according to Ed-Data.

The proposed parcel tax would have also landed on the lower cost side in comparison to other districts. The Novato parcel tax of $376 per person, which would have been fully realized if Measure A passed, does not come close to Kentfield’s whooping $1,999 parcel tax.

Cosca spoke to the educational inequity created by these drastic differences in funding across the county.

“So we have significant financial challenges that other school districts in Marin County simply don’t. But the community and we expect ourselves to do the fifty thousand dollar per kid education plus the two thousand per parcel tax with a totally different set of resources,” Cosca said.

The implications of the failure of Measure A will not be fully realized for another two years as current parcel tax is still upheld. However, plans of expanding special programs and implementing others will have to be reevaluated.

“There aren’t a lot of soft cuts left. The cuts that are left are gonna hurt,” Cosca.

The specifics of the budget cuts are not certain, but multiple factors remain clear. There will be no teacher layoffs within the year and cuts to staffing will try to be avoided by administration as best as possible.

“The reality is that in the future the district is going to have to renew that parcel tax. If not, that’s four million dollars that they won’t be able to collect,” said Dick.

Dick acknowledged that those funds cover the salaries of at least 40 teachers, and expressed concern in the possibility of both teacher layoffs and drastic budget cuts in different areas.

Quality education in NUSD receives most of its support from local tax dollars and community support. After this latest financial blow, the district is being forced to come to terms with its perception in the community.