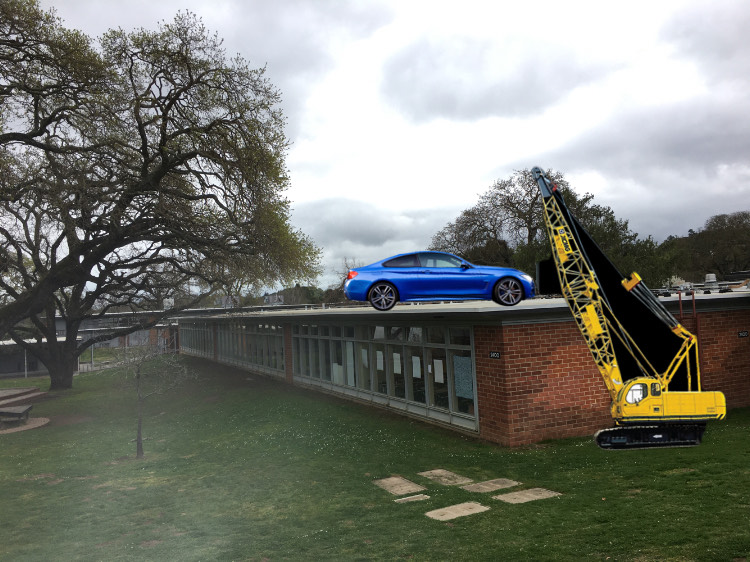 While senior pranks may be on the brink of extinction, Novato High students are still full of ideas.

Senior pranks are one of the more mischievous things missing from the senior class’s annual agenda. Luckily, there is still a senior ditch day, one sacred day that will hopefully remain for years to come. However, a senior prank that involves the whole senior class is something that hasn’t properly been done in years.

“I don’t know what really happened to [senior pranks], but they should return because it’s a nice way to celebrate your senior year. People can get really creative and some of the ideas are totally over the top which is awesome,” said senior Luckas Grasser.

Senior Will Pierotti had a prank idea that would disrupt the school day, but not cause any damages.

“Everybody could all get up at once and move the desks into the hallways,” said Pierotti. “The only senior prank I’ve seen at NHS was last year when they TP’d the school. I think we don’t see as many senior pranks because of the school resource officer and everything is more strict than in the past.”

Even though most students don’t “prank” the school anymore, many seniors are full of funny, extreme and some downright reckless ideas.

Novato High senior Drew Rogel has a rather audacious and unsanitary idea for a senior prank.

“We could get a porta-potty, as many as we can, and dump them everywhere along campus. Either that or we break into the gym and throw a party,” he said.

The ideas for solid pranks continued to flow from Novato High seniors questioned about the topic.

“We get a trailer, we get a math portable and we move it to like the middle of the road or San Marin or something,” said senior Eduardo Guevara.

When asked why he doesn’t go through with the prank, Guevara responded with, “They bring down the hammer for no reason.”

Senior Bercli Cabrera believes it’s the harsh repercussions that have led students to be less inclined to prank the school.

Teacher Stephanie Searle, who doesn’t support senior pranks, has an alternative view as to why there have been less pranks.

“I don’t mean this as a challenge, but lack of creativity [among the senior classes]. You’re not going to put a car on top of a building like you see on TV. There’s things you could probably do that aren’t gonna make people super mad…except maybe the custodians, since they end up cleaning up the pranks,” she said.

Novato High head custodian Micheal Proffitt believes the damages associated with most senior pranks are the reason we have seen a downfall in pranks.

“It has a lot to do with vandalism. Anything as a senior prank costs the school money and time. A prank shouldn’t affect anybody negatively,” said Proffitt.

While an organized senior prank is unlikely to be pulled off by this senior class, it would be amusing to see the tradition make a comeback. The ideas certainly generate creativity and imagination.