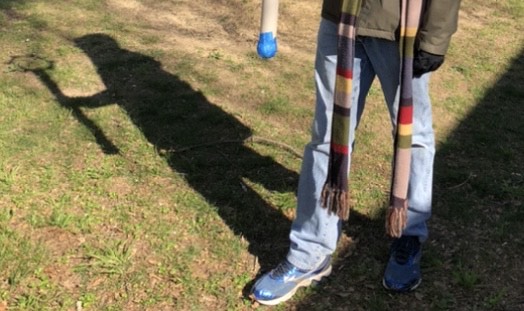 It all started when Junior Calvin Boyden Walker wrote “Praise the Sun! Join us! Text ‘Praise the Sun’ to (415)-418-4534” on a desk in chemistry class, and received an overwhelming amount of text responses. Now, within this very campus, there resides an organization dedicated to the glory of the sun, calling themselves The Children of the Oort. The organization consists of over 100 members and counting.

The Discord server, in which the members join together, acts as a platform where they praise the sun, share memes, plan crusades and do most things a growing religion must do.

So why the sun, you may ask?

“I figured if the Aztecs were praising the sun, and there wasn’t climate change then…If we praise the sun, we can get rid of climate change now,” proclaimed High Star, the username for the leader, who wishes to remain anonymous.

Though the group is focused on humor and naturally, the sun, they have proven to be a strong community of loyal and dedicated individuals. The organization values fun and laughter, which is why most people stay so loyal. Its hierarchy, crusade channel, minecraft server, and overall bragging rights are what have drawn people in.

The carefully-crafted hierarchical system is one the cults most attractive features, as it provides a sense of professionalism and makes each member’s experience more immersive. In The Children of the Oort, the highest position, besides the sun itself, is held by the almighty founder, The High Star.

The next highest, are the admins, or senior members. They are referred to as “nebuli or nebulas.” The crusaders are the highest you can reach without requesting ascension, and serve as the organization’s military force. The middle-grounded members are referred to as planets, you can reach that for being a member for over 24 hours. There are also moons, and lastly the disgraced ones.

The High Star has only disgraced one user who was said to have made a rival cult to the moon, and so they were disgraced.

“I don’t think they’re a threat. My spies have brought me a lot of good information about them being completely inactive,” claimed The High Star himself.

The Moon cult is also shrouded in mystery, just as the sun cult, however their mystery may be due to lack of discovery.

Sophomore Emma Morgan used to be a child of the Oort, but something “gravitated” her towards the moon.

“Honestly, we don’t do anything. It’s kind of boring, but in the end it’s refreshing because there’s no added responsibility to my life. All I have to do is look at the moon and that keeps my faith,” said Morgan, the Moon cultist.

While heartwarming, this kind of behavior is the reason they have crusaders. Freshman, Nebula, and Sun Palidin of the Children of the Oort, Simon Scheuer leads the crusade channel of the server. His job is to recruit crusaders, organize crusades, and protect the Children of the Oort from their rival cultists. To become a crusader like Simon, you must contact him privately and he will present you with an oath that you must swear by.

Each of the text channels are pretty active for a group that’s still growing. There are many channels with different themes that give the organization its own unique flavor. The general chat is where most of the action happens, and is where most of the cult resides. The divine decrees is where High Star announces any news regarding the group. Divine guidance is where the “Divine Doctrines”, or guidelines can be found.

Daily prayers include poems, prayers, and short pieces of sun-centered literature which are published daily. Glorious imagery is dedicated to memes. Ascension requests, is where you go to rise up in the cult. Crusades are how the cult remains protected, and then there’s the minecraft channel. It’s also complete with the asteroid belts, the bots, and 3 different voice channels. However it’s the diverse ages and origins of the group members that makes the organization fall together.

The Minecraft server’s goal is to flatten the world completely down to Y-63 so that the sun may rise without being blocked by pesky mountains, forests and other natural features. If you wish to join and help, the IP is praisethesuncraft.aternos.me and more information can be found on the server.