Coronavirus Gaining Attention Locally and Beyond 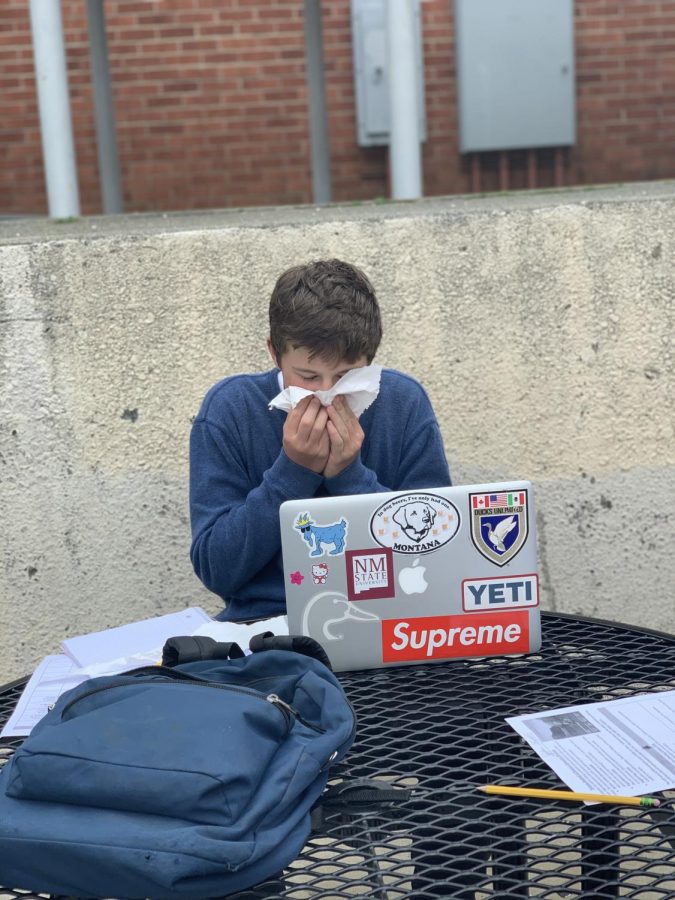 With the recent and rapidly-spreading outbreak of coronavirus, along with 50 Marin cruise passengers exposed, there is a great deal of local concern regarding how fast it’s spreading and the number of fatalities resulting from the virus.

This deadly virus originated in China, where there has been false information released pertaining to the containment of the outbreak and the severity of the illness. The district has even sent out warnings to parents that this could affect the school schedule in the near future. Not only is there a concern for catching the virus but also the impact that it has on the economy as $3.6 trillion has already been wiped from the stock market.

At first, the coronavirus was portrayed as a relatively harmless infection that was comparable to your common cold. Yet, with time, it has been revealed that it’s a life-threatening pandemic, where over 100,000 lives have already been impacted globally. Over 3,000 of those cases resulted in fatalities, as coronavirus kills roughly 4 percent of those who have contracted the disease. This is on an extremely different level than the flu as the fatality rate is only .1 percent.  Although the virus was just detected in December, it’s already reached over 25 countries with 60 million people currently on lockdown in China.

“I think the biggest detail that should be known is that when someone becomes infected with the coronavirus, it could take two weeks until they show symptoms,” Nicklasson wrote. “That’s two weeks where they could be infecting other people and not even know it. Then two weeks for those people to infect others and not know it. It can be scary to see how infectious diseases spread.”

Nicklasson also mentioned how contagious the virus is.

“Coronavirus is believed to be spread through droplet transmission, which means that droplets of the virus can get into your respiratory tract if you breathe them in or touch a surface that has been exposed to the virus. There is now evidence suggesting that the virus can be spread through the GI tract. Scientists are still continuing to learn about this virus,” she said.

As patients have been transferred to Kaiser Permanente hospital in San Rafael from The Travis Air Base in Solano, Nicklasson thought it was important to share both the symptoms of the virus and the impact they could have on our community.

“Coronavirus can have a range of symptoms from fever and cough to even death,” Nicklasson explained.” Those with compromised immune systems will likely experience the most distressing symptoms.”

Nicklasson discussed how worried we should be.

“At this time, I do not think we need to be concerned, but we do need to pay close attention to how this virus is spreading,” she said. “We should maintain the same standard precautions in our lives, so wash your hands after going to the bathroom, sneezing into your elbow, not your hand, and washing your hands or using hand sanitizer after you blow your nose or sneeze. If you travel on a plane or are in a crowded room with poor air circulation, I think it couldn’t hurt to wear a mask to protect yourself. I really can’t say. The medical community still has much to learn about this virus.”

“Marin’s population is fairly spread out and it’s not super dense so I think the likelihood of there being a large outbreak is probably a lot less than San Francisco or New York,” Kambur said. “Population density impacts it a lot. That said, people in Marin will definitely be infected due to the proximity to San Francisco.”

Kambur expects Marin County to get hit even worse.

“This region has a lot of contact between it and China, which is where the disease is being contracted. I very much expect that in the near future, there will be infections,” he said. “I don’t know if it’s something we will be talking about a year from now. When there was the swine flu outbreak, I was in college and they almost closed down the dorms at USF because they thought people would communicate the disease towards each other. It was quite scary but it was about a three-month thing and then it disappeared so lets hope the same thing happens with corona.”