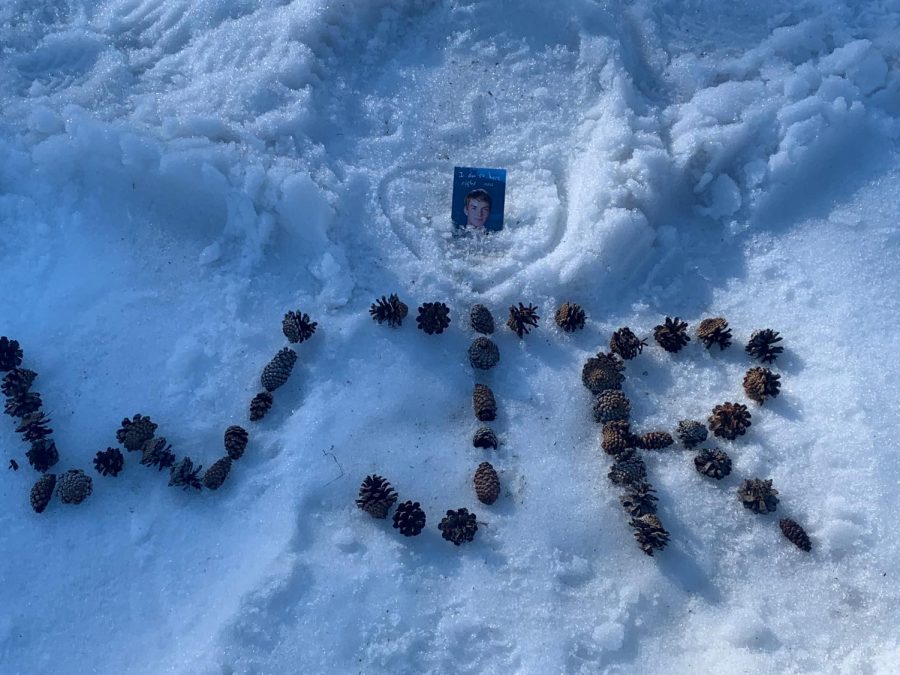 February 8th marked the 1 year anniversary of Warren Ruehle’s death. In the past year, the Ruehle family have mourned their loss, and also have been working with the school and the community to help prevent teen suicide.

Kate, Warren’s mother, copes with her grief by working in advocacy within the county regarding issues such as mental health, suicide prevention, and drug-related deaths. She is currently working with other local bereaved mothers to bring awareness and secure funding for increased mental health resources within Marin County schools.

Currently, Kate says she is in the planning stages of creating a documentary with filmmaker and pastor Tony Gapastione of BraveMaker films and Quest Church. The film will provide a raw and in-depth look at suicide within Marin County.

Kate has some advice for someone experiencing grief.

“Just be your own best friend and nurture and love yourself. Don’t beat yourself up or blame yourself because you’re already hurting so much. Don’t hurt yourself anymore and just be loving and kind to yourself,” she said.

Glenn, Warren’s father, has supported his wife in her work and also shared his story along with Kate on a panel for mental health a few months ago. In the past year, he has gotten “love and support from family and friends… It’s been the biggest thing,” he said.

He also had some guidance for those dealing with intense grief.

Alyssa, Warren’s older sister, is in her final year at UC Santa Cruz, majoring in Psychology. Her biggest support has been her family, friends, and her boyfriend. She manages to cope by “continuing with normal activities, even if they don’t feel normal without Warren.”

She also texts her sister regularly and has deep conversations with her mom.

Kara, Warren’s twin, is in her first year at CSU Long Beach and is planning to major in graphic design. She has struggled being away from home because she copes best by having friends and family around. She likes to share stories of Warren when she can, and sometimes finds it helpful to share her own story.

Kara’s wisdom to share with a grieving person would be that “Everyone can feel some sort of grief no matter their relationship. Grief is a very unpredictable thing and I know I find myself feeling amazing one day and then something little hits me and reminds me and it’s crushing. It’s hard to remember but you’ve always got to remember that there’s always support around you.”

For Warren’s Angelversary, the anniversary of his death, the family celebrated his life in Lake Tahoe. The Ruehle family goes there each year, and they have many happy memories of Warren from their trips to Tahoe. The vacation gave them time to share stories, remember being together, and express the emotions that they may not be able to on a day-to-day basis. The family lit candles and made a snow angel beside Donner Lake to represent Warren in a beautiful and meaningful way.

Family and friends have supported the family and have grieved alongside them. If you or someone you know is struggling with thoughts of suicide, call 1-800-273-8255.