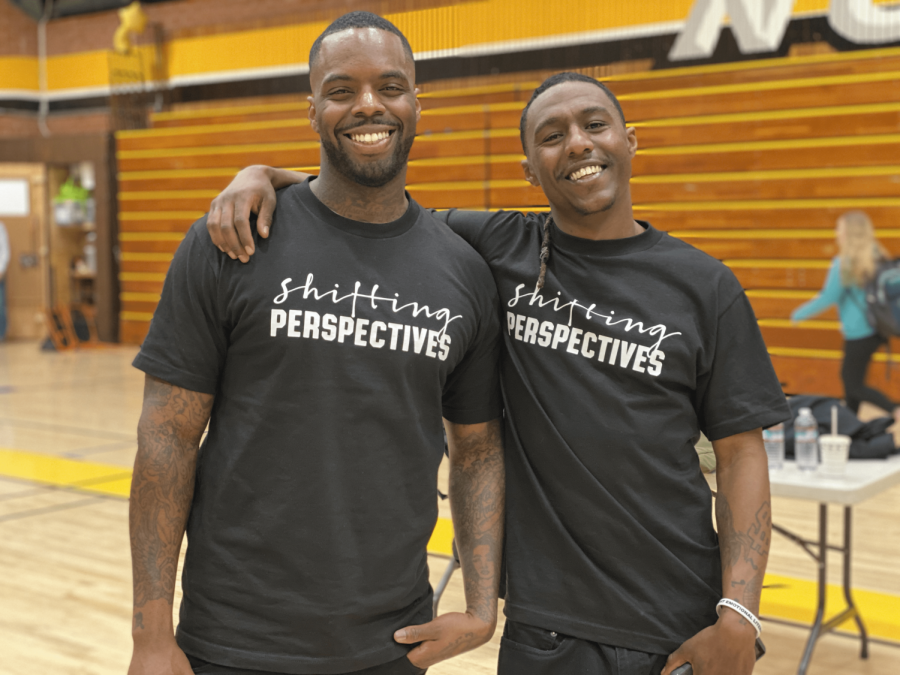 For three years now, Wellness Week at Novato High has grown and evolved into the inspiring and relaxing week we take part in today. From the beginning, it’s always been about the students and staff coming together to form a safe space for people to express themselves and feel loved. This year, NHS had some significant changes in the way it functioned.

On Monday, February 10th, two amazing guest speakers came and shared their stories with the student body. The speakers, Antwan Banks Williams and Eric Abercrombie, are two ex-convicts with fascinating life stories that allowed them to grow and become the impressive, talented men they are today. Williams spoke about his past experiences of speaking in front of big audiences.

“We’ve been to a couple other schools, and one of the things that was different for me, was the intent around the meaning for us being there,” Williams explained. “Every other assembly we went to, we were guest speakers. At this event, we had an opportunity to tie into something that the school was doing.”

These men spent much of their time in prison creating music, and they performed some of their songs live in the gym. Their stories were empowering and they got the audience to participate. This was remarkable, as the bleachers were filled with half of the student body throughout 2 separate assemblies. Over the following three days, they hosted office hours sessions and participated in MSA classes such as spray painting with the Drawing and Painting class. They found the Hornets’ community very welcoming.

Tuesday, February 11th and Wednesday, February 12th began the wellness activities during office hours. There were over 50 things to do on both days, from sex education to blackout poetry to meditation and beyond. When asked about how much work really goes into this week, Teachers Stephanie Searle and Jennifer Russell provided some valuable information.

“There’s a lot of work with coordination,” said Russell. “I asked kids what would be a valuable use of their time. I looked at last year’s feedback, I reached out to community members or staff members that could give the kids what they wanted, and we (along with Searle) have been here for hours after school just organizing it. It has taken a lot of hard work to put everything into action for this week. The endless changes from this year to last have improved the way things have worked, and it has become a smoother process.”

“Last year we had about 25 workshops, so we doubled the number of sessions per day, and we did it over two days. There was a lot of feedback about having more hands-on activities. We just didn’t have the space for it last year, and we didn’t reach out to staff and ask, ‘what could you do to help with this?’” Searle explained.

Last year, the plan was different. Each student just went wherever they wanted to go, and a lot of negative feedback arose from that. This year, science teacher Ben Knudson created a way for students to sign up electronically via Google forms. It was a lot more efficient and made it easier to coordinate everything.

Some students felt that Wellness Week was the opposite of what it should be, claiming that the time spent during office hours doing wellness-centered activities should have remained dedicated to academics. It’s definitely a great break and chance to focus on mental health for some students, but others would rather spend their time working on missing assignments and meeting with teachers.

There is a good possibility that the reason for this is that it’s the week before a week-long break. Friday (February 14th) was the last day of the grading period, and therefore the last chance for most students to get work in. This caused some students to have a work overload and feel stressed.

Wellness Week at Novato High has been modified and ultimately turned into the best version it has ever been. The dynamic that the guest speakers created with the students really enhanced the feeling of inclusivity and connectivity. Whether the students enjoyed the break from educational office hours or not, Wellness Week achieved what it was set out to do. It not only achieved bringing students and staff together, but also taught us about how to keep ourselves healthy mentally.