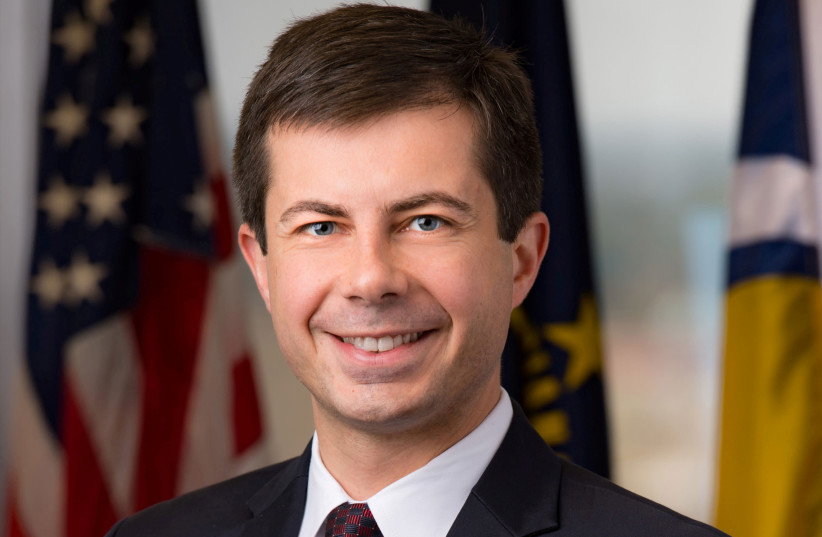 Sitting about 15 feet away from the possible future leader of our country wasn’t an experience I thought was possible for a sophomore who wasn’t super politically-informed. So when offered tickets to see Pete Buttigieg speak in San Francisco, I added myself to the guest list. I was nervous about attending such a large event that I didn’t know a whole lot about. However, the opportunity to ask questions was an exciting one.

At 6:45 the next day, I stood outside of the National LGBTQ Center for the Arts with my dad waiting to be let into a venue that opened at 8 a.m. I could see through the glass that there were volunteers bustling around, setting up chairs and coffee and discussing the details of the event. They let us stay in the building for a little while to escape the cold, but once others began to show up, we were shown outside again. The second person who arrived for the event was a finance student from India who was here on a visa. Talking to someone who didn’t have the ability to vote but showed up at the crack of dawn to support and learn about Buttigieg’s ideas set in the reality that this really is a glimpse into a possible path for America.

I admitted that I didn’t know a lot about his campaign to her. Our varying investment in this candidate made the conversation less fruitful than I would have hoped. But she was more than happy to share her knowledge. She said the thing that made him most unique was his way with words. She thought his background in studying literature and philosophy made his statements more meaningful and strong in comparison to other competitors. She also emphasized the importance of his policies on immigration and how he was the only one who seems to have a plan for change. That was the main reason she was there to support him. She had a deep connection to the ideals of this candidate and it got me thinking about the reason I was so excited and pressured by this idea of speaking to him

I got on my phone again and started doing more research on his plans and path, but was interrupted by a voice booming over a megaphone. Protesters with Valentine’s Day themed protest signs had gathered in front of the venue. I was lucky to be first in line, as I got closest to the protesters. They opened with the promise of free coffee and continued with rants about the housing crisis, health care, and misrepresentation of the LGBTQ community. Soon after they arrived, we were let into the venue.

It was small, only about 200 chairs, so I hustled to the first row of seats that weren’t reserved and set down my jacket, passing a table with a fishbowl, paper, and pens along the way. People had already started to gather to write questions to put in the bowl as soon as we sat down.

There was still quite a while until Mayor Pete was supposed to come out to speak so I sparked conversation with an extremely politically-active student, who was even younger than I am.

Finally, at about 8:30, Pete Buttigieg was introduced. When he came on stage, I noticed all the things the lady from earlier was talking about, his speaking tone and calm approach. The event was called “Coffee and Conversation with Pete” and even though he was talking to a group from a stage, it really did feel like an intimate conversation. A younger volunteer then came onstage and brought the fish bowl with him. Pete answered a total of three questions, out of what looked to be more than 100.

Before he was able to answer the final question about his husband, he was interrupted by voices in the back. Protesters had found their way into the venue and were standing up in the back of the audience doing a call and response. As soon as they introduced themselves they were met with booing. People in the audience started clapping their hands and chanting “Buttigieg! Buttigieg! Buttigieg!” overpowering the voices of the protesters as they were escorted out. I joined in as well, and when the protesters were being escorted out of the building, I turned around to see Pete’s reaction to all of this. He was calm, just as the woman had said before. He always remained calm.

He continued with a smile once the chanting had died down.

“I respect your activism, but this is a gathering for supporters of our campaign and I just got a question about my husband and I’m really excited to answer it,” said Buttigieg, over the inaudible yelling of the last protester.

That statement was met with roars of approval, and applause as the last protester was led out of the building. When he finished that answer, he got off stage, took pictures with a few people, and disappeared.

When I left the building I was surprised to see the original protesters still there, met with news cameras, reporters and a large crowd. I left quickly with the group, but seeing the articles about it the next day was interesting. I read it, watched videos and thought to myself, “Hey, I was there.”

As of March 1st, Pete Buttigieg is no longer running for the presidency. Even after this development, I’m still grateful I got the opportunity to see him speak.