Examining The Viewing Habits of Teens 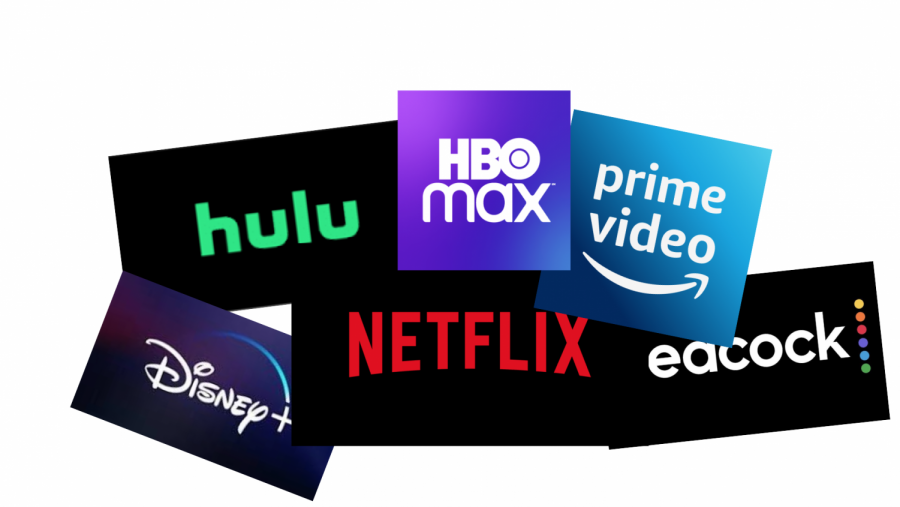 With Netflix, Hulu, Disney+, and good old-fashioned cable TV all offering different viewing options, it is revealing to examine which shows and movies are capturing the attention of Novato High students and staff.

“I mostly watch Netflix, and Disney+. I watch a lot of TV shows, like Big Mouth and The Office. On Disney+, uh, Ratatouille,” said Novato High freshman Sofia Casano.

The Office is an example of older sitcoms being introduced to a younger generation by Netflix. Other popular shows include That 70’s Show and Friends, which have had gained devoted followings of high school-aged kids since they’ve become available for streaming.

“On Netflix, I used to watch Friends all the time …now, it’s just whatever sounds good,” said Planka.

She also mentioned, “I hear about Game of Thrones a lot.”

Deciding what to watch has become increasingly hard as the streaming world has diversified. With the introduction of Disney+ in 2019, things are only getting more complicated. A subscription to Netflix, Hulu Premium, Amazon Prime, and Disney+ costs a total of $44.96 per month. Many aren’t willing to pay this hefty price necessary to watch every wildly popular show and movie.

“I actually freeload and use my mom’s [Netflix] account. I used to have my own Hulu…then I found out my mom had an account,” Planka added.

Aside from streaming and cable, there are also movie theaters, the oldest way to consume this type of media. They’ve become irrelevant in the lives of many high-schoolers, but there are still some who enjoy making a trip out of watching a film.

Casano added that she enjoys going to movie theaters “all the time” despite having multiple streaming services.

Yet, there are some films released in theaters and on Netflix at the same time, leading many to just watch movies on their computer for free. Martin Scorsese’s crime drama The Irishman only grossed an estimated $8 million worldwide against a budget of $140 million; yet, it was considered a large overall success and is nominated for 10 Academy Awards.

All of this points to the fact that the way we watch movies and TV has changed dramatically since the days of ordering DVDs on Netflix. Teenagers are watching shows from 30 years ago, households are spending hundreds of dollars on their combined services, and with the introduction of HBO Max and NBC’s Peacock service, it seems that every media company is starting their own streaming site.

These changes, regardless of the burden they often place on consumers, will likely only become more frequent and impactful.