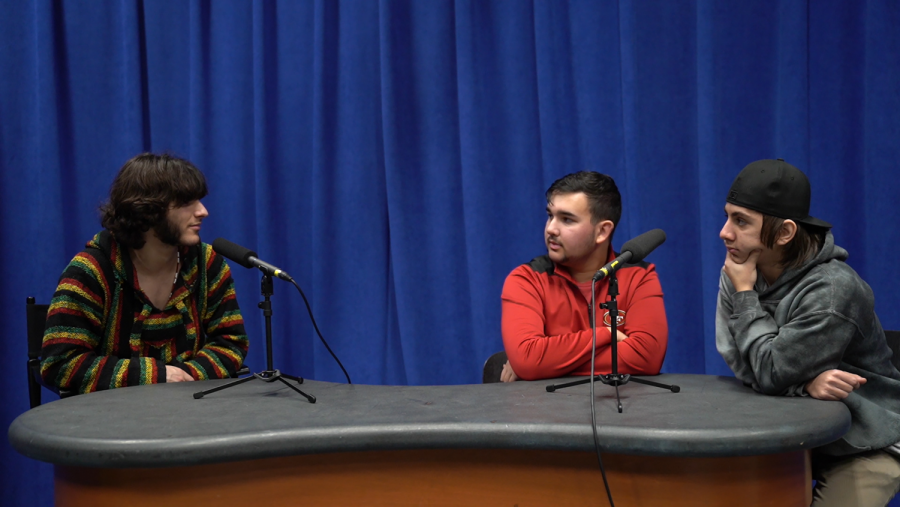 The world of podcasts has gained extreme popularity in recent years. While researching about podcasts, it became apparent that podcasts have become a new part of America’s mainstream media.

Over the years, the number of people listening to podcasts has increased exponentially. In 2018, 26 percent of people reportedly listened to podcasts monthly, and that number rose to 32 percent in 2019, according to The Podcast Consumer. With the majority of us owning iPhones, it’s easier than ever to listen to a podcast, as Apple gives their users the ability to listen with their own podcast app.

According to Edison Research, 54 percent of America’s smartphone podcast audience uses an iPhone. The music streaming app Spotify is another way to access a podcast. These convenient streaming platforms are major factors for podcasts rising in popularity.

One podcast that has gained viewers and listeners rapidly is The Joe Rogan Experience. It is an audio and video podcast, launched in 2004 by comedian, actor, and MMA commentator, Joe Rogan. Since its release, the podcast has grown massively, becoming one of the most listened to podcasts in the world. Rogan interviews a variety of interesting people, including celebrities, athletes, business people, and politicians, often asking the questions that everyone wants to know. Each episode is about three hours long but you can watch portions of the episode on his Youtube channel.

Rogan has won numerous awards for his impressive work. In 2016, the show was voted the “Best Comedy Podcast” by users of iTunes. Rogan’s podcast also won a Stitcher Award for Best Overall Show, and ranked second on the list of Apple’s most downloaded podcasts in 2018.

People that haven’t even been in broadcasting or working in radio have been making their own podcasts. One of these names is Portland Trailblazers guard C.J. McCollum, who even started a beef with Kevin Durant during an interview on his podcast.

Although podcasts like Rogan’s are more entertaining, political podcasts could be a new way for people to get their news. Instead of watching the big news channels like FOX or CNN, many people can simply download political podcasts of their choice to learn about what’s going on in American politics, and listen on their own time. Podcasts such as the The Daily Wire are targeted more towards a conservative audience, which has made it blow up ever since the Trump presidency. NPR’s political podcast, on the other hand, is a great listening experience that gives unbiased insight on what’s going on in the country. With the big cable news channels often showing a bias toward the right or left, it is best to find unbiased information, which many podcasts offer.

It will be interesting to see how the interest in podcasts and amount of people that want to attempt recording podcasts continues to rise.