Hornets Hoops: Looking to the Future 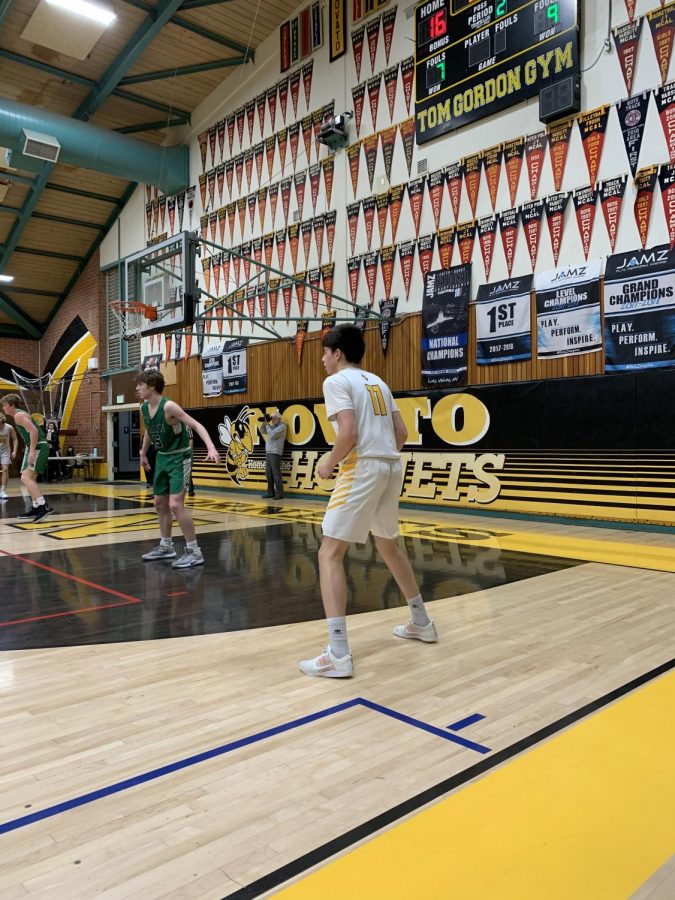 Nico Herara on the Court

Boys varsity basketball at NHS has been led by the talented backcourt of Jason Carpenter and Neil Knight for the past few years. With their senior seasons coming to an end, soon the program will look to find the next “leaders” for the team. Carpenter has been the leading scorer and top shooting threat throughout his four years at NHS. This will be a tough void to fill. Knight, who’s having a breakout year, has also put up big numbers in crucial games.

Younger players have been used as key rotation pieces and look promising for the coming years. Juniors Nico Herrera and Mack Carter will look to have bigger roles for their senior seasons, as the majority of the starting lineup will be leaving after this year.

“Each player brings something different to the table and each player is going to have to step it up next year,” Herrera said. “A lot of role players are going to be leaving, which will give more opportunities to the younger players.”

With exciting things happening this season, such as a win over rival San Marin for the first time in 6 years, Novato High basketball is starting to make a name for itself. Despite their place in the MCAL standings, the majority of the team’s losses have been close, either losing by a couple points or even forcing overtime.

With seven seniors leaving after this season, big opportunities for JV players loom ahead. Many underclassmen could get a chance to play on varsity and against the best competitors around.

With younger players taking on bigger roles, the pressure becomes stronger and confidence could become a major factor.

Sophomore Brandon Flick talked about building confidence on the court while being one of the younger players.

“For me as a sophomore, I know my role is to play hard on both ends of the court and help my team win,” Flick said. “My confidence is built from having great practices, and having great teammates and coaches who pump me up and believe in me.”

Carpenter talked about the younger players getting a chance next year on varsity and the future of the program.

“I’m excited for all of the young guys. I think we have a lot of good players and potential for next year. I can’t wait to see who steps up. We’ve got an underrated group returning, the future is bright,” said Carpenter, who also expressed his happiness while playing here for the past four years.

“I loved every moment of it. there were a lot of tough moments through my career but in the end, I’m so grateful I got to play for a program with hard working coaches and great teammates who I’ll hopefully be friends with for the rest of my life. Nobody in the history of the league has had a better fan section than I’ve had, I’m truly grateful. Novato will always be home,” Carpenter said.

Carpenter, who has averaged more than 14 points per game throughout his years at NHS, has been the bright spot for the team and has redefined the meaning of “leave it all on the floor.”

The future success of the program is still a big question mark but dedicated and hardworking players provide potential to keep the same explosiveness we’ve been hoping to see.