The Baseless Ground of Anti-Vaxxers 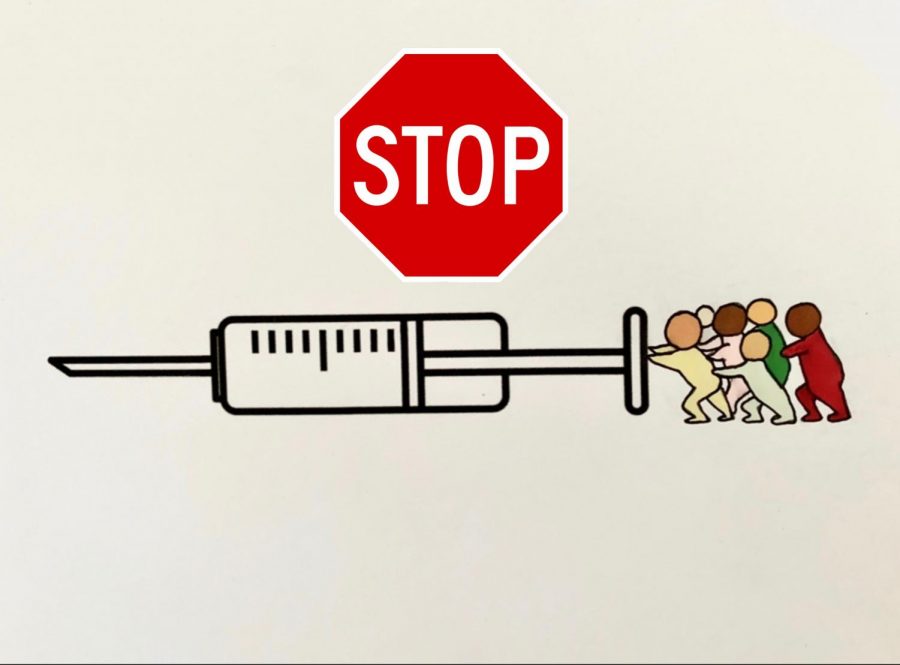 Understanding immunity is not a topic up for debate. With how far medical standards and developments have progressed, it is hard to understand why someone would not want to take full advantage of these protections. Despite ample medical evidence, there is an alarming trend of people foregoing vaccinations recommended by the American Academy of Pediatrics (AAP). This leaves their children unvaccinated and at risk for entirely preventable diseases such as measles, polio, mumps, tuberculosis and a host of other illnesses.

These people, known as “anti-vaxxers” are of the opinion that there is more harm than benefit to receiving standard vaccinations. When looking at the evidence to support this theory, nothing stands up.

At Novato High, a anti-vax supporting student who opted to remain anonymous spoke on the subject.

“I don’t believe in vaccines because most of the diseases and illnesses that people get vaccinated for aren’t around and aren’t really a threat. There are many more side effects than positives, with the possibilities of autism and overloading the immune system,” said the student. “There are also long-term side effects that we may not even know about yet. I believe that there are many more natural and holistic ways to prevent disease, such as eating healthy and making sure everything is sanitized.”

Anti-vaxxers believe there are more natural ways to provide their children with immunity to disease. Unfortunately, a review of the medical literature does not support these findings. In fact, the number of unvaccinated children who have acquired these preventable diseases, such as measles and tetanus, has skyrocketed in the past couple years. Tetanus, since the heavy distribution of vaccines, had become a much rarer occurrence. However, with the rise of anti-vaccination ideas, 156 cases of severe tetanus were reported between 2009 to 2015. While that may seem like a small number, sixteen of these cases resulted in the death of the patient.

It’s not just unvaccinated children getting sick. Those unvaccinated may be putting other children in harm. Some of the fellow students could be immunocompromised and rely on herd immunity to stay healthy. This could be kids going through chemotherapy, or kids with autoimmune disorders.

According to a study conducted by the Centers for Disease Control and Prevention (CDC), vaccines have protected and prevented over 300 million children from falling ill to these diseases, and have saved the lives of 732,000 US children.

In the US, when a baby is born they immediately receive a Hepatitis B vaccine. After this first vaccination they are able to receive their second round of immunization at two months old. This round of vaccines includes preventative immunity to Hepatitis B (second dose), HIB type B (first dose), polio (first dose), pneumococcal disease (PCV) (first dose), rotavirus (RV) (first dose), as well as a joint vaccine for diphtheria, tetanus, and whooping cough (pertussis) commonly known as the DTaP vaccine.

From that point on, there are some vaccines that are kept up with on a multi-year or yearly basis.

According to CalMatters, a new California law was enacted January 1st, requiring all children to be vaccinated unless granted a medical exemption. These exemptions follow strict guidelines and no longer permit religion as a reason for exemption.

This new law supports the scientific findings of modern medicine, and should serve as a wake-up call to anybody denying the need for vaccinations.