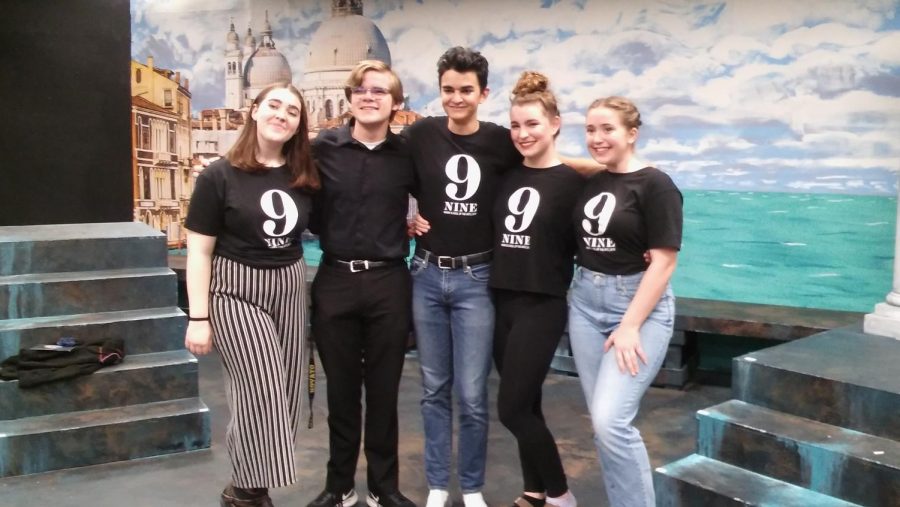 Guido Contini faces quite the dilemma; The Italian film director must shoot a film for which he is hopelessly uninspired, unable to write the script as the time he has left shrinks inexorably. Meanwhile, Luisa del Forno, a film star and Guido’s wife of twenty years, threatens to walk out of their marriage if Guido doesn’t mend their relationship.

Before long, the estranged couple make their way to a spa in Venice. It is here that Guido vows to both prove his loyalty to his wife and to his craft, hoping to find the inspiration he so desperately needs.

Nine, MSA theater’s most recent theatrical production, has the transient quality of a play focused entirely on the nuances of Guido Contini (played by senior Morgan Hunt, with elocution and operatic flair). Reality takes a back seat to the struggles in Guido’s mind, which center around his fraught relationship with women.

These struggles with women only fester with the play’s progression. The days that Guido had hoped to use to write his script were peppered with reunions of women from his past, each serving as a catalyst for a plunge through the tumultuous cascade that is Guido’s psyche.

It should be noted, however, that the play’s nature consequently made it confusing to watch.  The story felt untethered to any notions of a concrete plot, allowing itself instead to live in its own world given verisimilitude by the actor’s performances.

¨I’m definitely going to miss the show, but it was an excellent experience. The character I played was so fascinating and I hope that we get to go onto the regional competitions,” said Hunt.

Regardless of its quality, Nine stands as a black sheep among the musicals MSA has performed thus far. This difference extends not only to the play’s existential quality but also to the mature content contained within it.

¨I think the very mature commentary made parents think it may be too overly-sexual,¨ said Lily Bogas, the NHS senior who played Luisa del Forno, in regards to the skepticism Nine encountered during its production.¨

Nonetheless, the maturity of Nine lends itself to being uniquely memorable. MSA’s Nine was a sweeping production, bold in its strangeness, yet one that captivated from start to finish.