Impact of Later Start Time on Sports and Lights 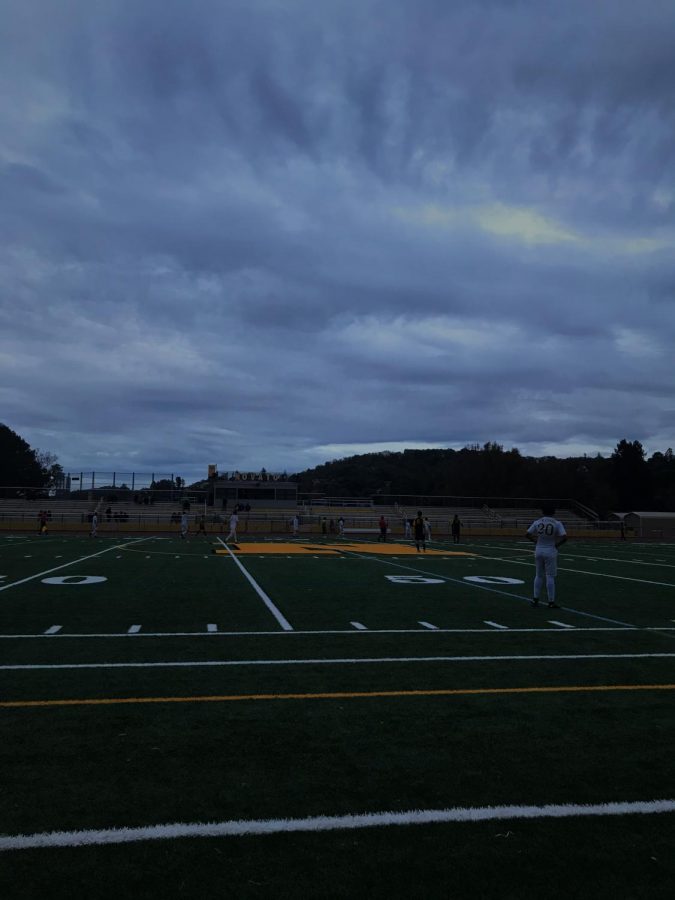 In previous years, Novato High School has attempted to receive the “okay” for field lights, and each time they have been met with a swift rejection. However, due to the new California law that states that no school should start earlier than 8:30 a.m., lights for Novato High’s football field may become a necessity. The law goes into effect in 2021, when many students will not be released until 4:05 p.m. This gives winter sports teams only 55 minutes to practice before the sun sets. In order for these sports to continue, lights will be needed to illuminate the NHS field.

Recently, San Marin High School was given permission to turn on their own stadium lights only to have that privilege taken away not long after. The $1.6 million project consisted of eight 80-foot light poles that surrounded the field, additional lighting on the route to the parking lot and a new sound system. After the four years that this project took, donors covered more than half the costs. However, the Coalition to Save San Marin filed a lawsuit in June of 2017 and the District has been defending the lawsuit since that time. Judge Roy Chernus filed this restraining order due to flaws in the environmental impact report.

Novato High would likely face similar obstacles if they were to propose the idea of getting lights.

“This project would likely have to go through the CEQA (California Environmental Quality Act) process, similar to San Marin,” wrote NUSD Assistant Superintendent Yancy Hawkins in an email.

Unhappy neighbors wouldn’t be fond of the idea of living next to a potential disturbance with increased noise at night. However, many could argue that these neighbors are in the wrong.

“The people who moved here should know that by moving into the school district and by moving right next to a high school, they are essentially saying that they are okay with school events. The rule is that you can’t have anything happening past ten, but what night game is gonna last that long?” said senior Keegan Chipman.

It seems to have become a popular idea that the lights would only be on for a short amount of time, excluding Friday nights. In addition, the high school was built in 1955, almost 65 years ago. Therefore, very few neighbors have lived here since before the school was built.

Another point of argument could be the $50 million worth of construction that is occurring right now. Not only is this construction a disturbance to the students and staff, but the neighboring houses must currently be annoyed as well. The construction is estimated to be completely done by January 2021, meaning endless clattering and clouds of dust. How would stadium lights become more of a disturbance than that?

Stadium lights could also benefit our community as a whole.

“We would finally get to enjoy night games like the neighbors probably did when they were in high school. It’s not fair to take that away from us,” said sophomore Jayden Korinzer. “If there were home games with lights, then everybody would show up. Our football team would probably start to perform better with all of the motivation, and football games would become just as popular as basketball.”

Funding and donations would also thrive. The school could potentially have a lot more commitment from boosters and the district would become increasingly interested in the project. Social studies teacher and former varsity football coach Jason Searle looked at possible financial benefits of playing night games.

“It gives students a place to be on Friday nights rather than out doing whatever. You tend to create more of a community feel. If you look at what San Marin did in just one game that they played this year, and you could argue that maybe it was because it was Marin Catholic which has a heavy number of kids from Novato, but they made a ridiculous amount of money just off of snack shack food and stuff like that. It was something like triple or four times the amount they would make on a normal Saturday,” said Searle.

In addition to all of the reasons why lights would benefit the current Novato High, when the later start times are put into place it will become necessary. Along with an early sunset, weather conditions also affect the players’ visibility, and with only 55 minutes to practice winter sports, this will eventually become a nuisance.  Even now, many athletes on the fall or winter sports teams are forced to miss classes in order to make it on time for games. These games must start at a certain hour to ensure that the team has enough time to play a full game before dark. Seeing as no sport’s event goes for less than an hour, a 4:05 pm. release time will guarantee that no game can be completed before the sun sets. Sporting events and games will have to continue to be played at other schools where students will not only miss more class time but will receive a small turnout for support. It is no question that field lights would be the answer to most of these problems.

One of the key components that San Marin did well was create quite a bit of a political movement among the parents, which drove the conversation within the district.  The timing was perfect and granting San Marin lights became the popular decision.

It would take a movement from parents to push the board in that direction. Parents that are concerned for their athletes will have the motivation to start a movement. If the PTSA or a parent movement wants to create more of a community aspect and increase funding and spirit, then stadium lights should become a reality. The board just might listen to the parents.