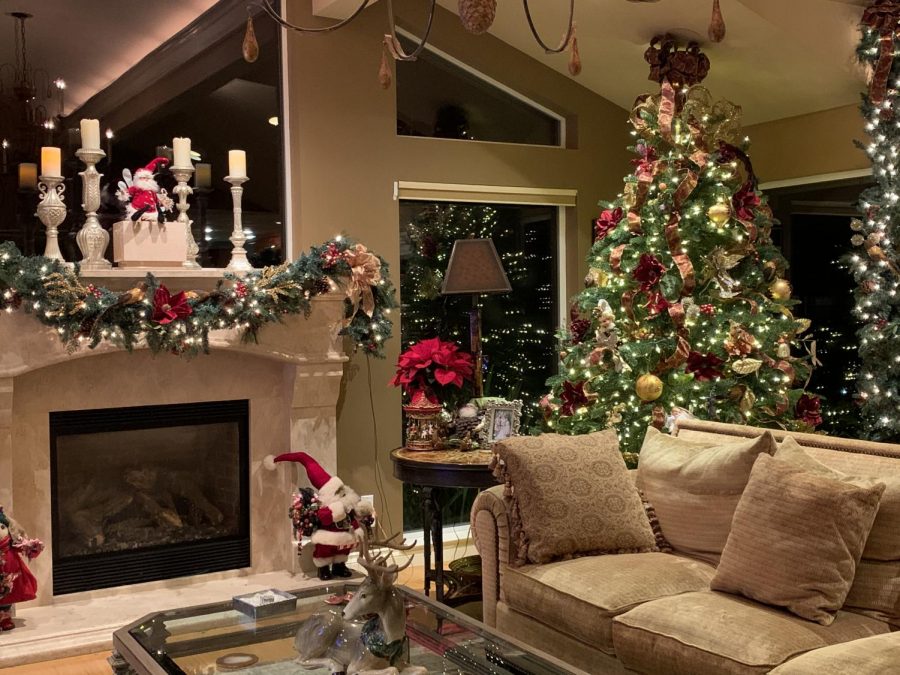 When asking Novato High students what their least favorite part of the holiday season is, you get the unanimous answer that the biggest downfall is it coincides with the most stressful time of the year: finals. Not only can the holidays be chaotic and commanding as it is, but they come at one of the most pivotal points in a high schooler’s career. Dismally, it distracts from a beautiful time of year, when students’ favorite holiday traditions and time with loved ones is forced to be put on the back burner.

A  psychologist from The Mental Help Association found that 31 percent of surveyed high school students claimed final exams were their biggest source of stress all semester. While finals are one stressor, the holidays can be additionally exasperating during the winter months. In fact, studies show that Seasonal Affective Disorder (SAD), a form of depression that occurs in every one-fifth of teens, is remarkably prevalent at this time. The anticipation for the holidays may dull with age, however that doesn’t excuse the fact that depression in teens has increased exponentially in the past decade, in the winter months especially.

Senior, Keegan Chipman, spoke about finals and how she believes they have a significant impact on a student’s mental health.

“I think finals are stupid. I think they cause a lot of unnecessary stress and mental illness or issues,” Chipman noted. “I don’t think it’s a coincidence that some of Novato High’s greatest hardships and losses have been around this time of the year. It was around the holidays that students have taken their own lives and I think that all the pressure doesn’t help anyone’s mental health. I think there shouldn’t be finals right next to the holidays because instead of allowing the holidays to recenter us, they just go by and we lose the meaning and moments.”

With Novato High’s previous tragedies in mind, it’s crucial to take advantage of the resources around campus. A specialist and professor from Cornell University, George Lust,  stated that, “The wellness center is always available to help students get through the stress that comes with finals.” The East Annex is now fully operating and thriving, hoping that students will remember its purpose on campus.

Sophomores Maddy Moran and Kendall Barger both discussed this dilemma from an athletic perspective.

“Novato’s varsity soccer team can be pretty commanding as well as my regular classes and MCP, so I feel like it’s just a very stressful week right before you go out for the holidays. I just feel like it ruins the joy of the holiday spirit,” Moran said.

“After school I’d rather go home to get in spirit, but instead, I have to go to soccer or lacrosse practice and then do my homework and other projects that are due. I feel that really takes away from the time I could be spending with family and friends during the holiday season. I really wish I could cherish some of the moments more and not have so many distractions,” Barger added.

Comparatively, sophomore Wesley Bartling elaborated on his feelings about feeling excluded during the holiday season.

“One of my issues with this time of year is that I don’t feel religiously represented because my Jewish holiday isn’t acknowledged or celebrated. I have to worry about all my finals that I get pretty anxious about instead of actually celebrating Hanukkah. I celebrate Christmas as well, but it’s like Hanukkah doesn’t even exist. I’m so focused on each class individually that I lose sense of what’s really special about the season,” he said.

Sophomore Kevin Vierra discussed how imperative family is in his life and how he’s passionate about the neglect that’s developing.

“It’s overwhelming to have six or seven classes, with six or seven of the hardest tests of the semester all in one week. I think it should be spread out throughout a couple weeks in December so you actually have the time to learn and finalize the information instead of cramming it all in. We get out like three days before Christmas, so we’re so stressed that we’re in denial until it’s over,” Vierra said. “I have a big family so there’s stress to buy everyone Christmas presents and help my mom with everything. Yet there’s also pressure from school, so I have to find that balance between the two of them. I think kids nowadays have their priorities messed up and are too focused on their academic bubble.”